Hint: it has to do with the tachometer, not the speedometer. 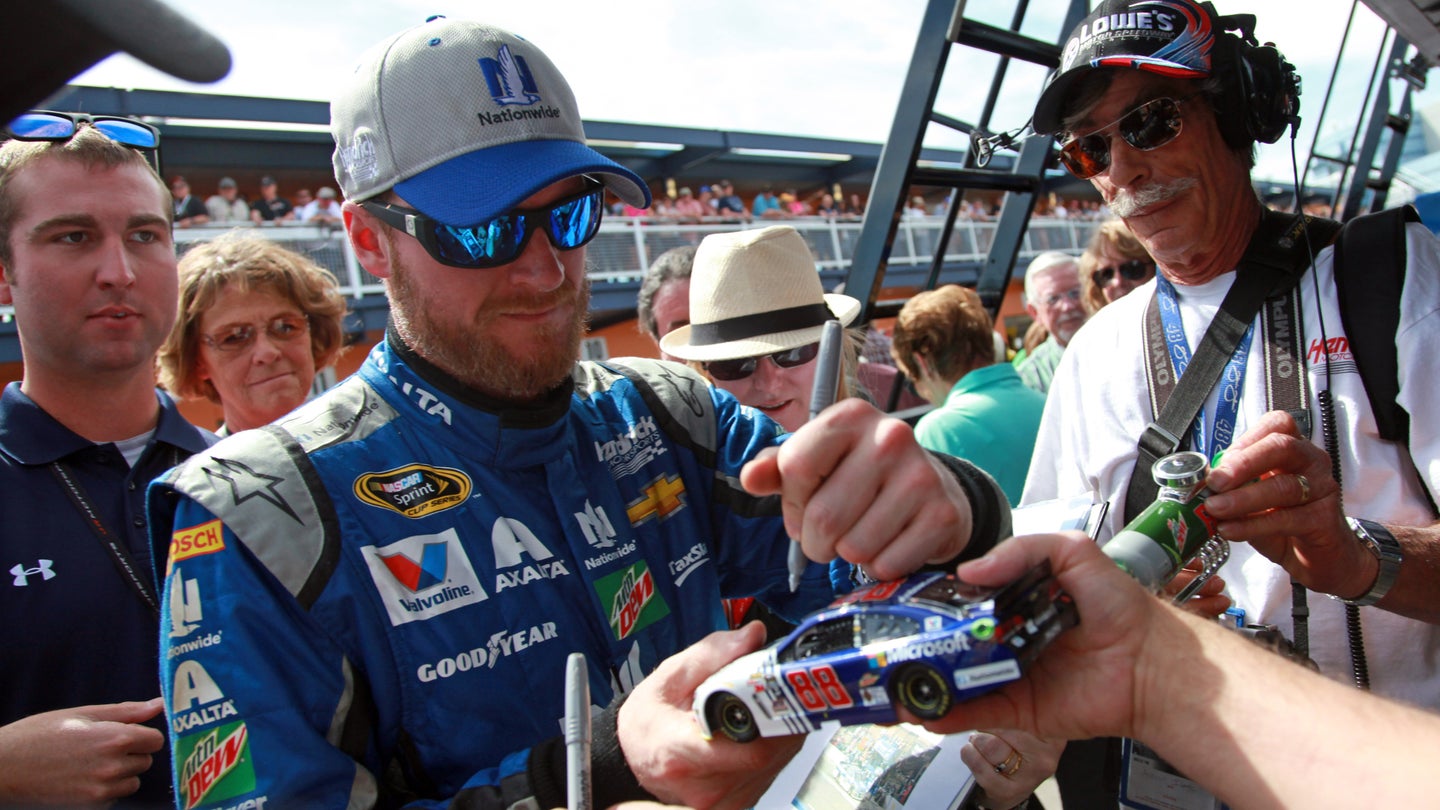 Fan-favorite racer Dale Earnhardt Jr. seems to be really enjoying his last full-time season in the Monster Energy NASCAR Cup Series, despite sitting at 22nd in the overall driver's standings. But there is one area where Earnhardt comes out on top—pit road speeding penalities.

Last Sunday's Overton 400 at Pennsylvania's Pocono Raceway saw Earnhardt earn his series-leading seventh pit road speeding infraction of the year, and the No. 88 Chevrolet driver dedicated a few minutes of his Dale Jr. Download podcast this week to discussing why it seems like he's got such a lead foot this season.

He explains that it's not an issue of speedometer calibration, because NASCAR stockers don't have speedometers. Instead, drivers rely on a series of color-coded lights that display engine speed in place of a traditional tachometer: four green LEDs, two yellow ones, then the dreaded red zone.

"Two yellows are what I should be running for the pit speed... If I go above those two yellows, there will be red lights. If I see those, I’m going too fast. We can set this light bar, we can space these lights apart by 100 RPMs, 50 RPMs, 25 RPMs. So if you set them really close together, it lights up really fast," Earnhardt said.

Looking for an edge, he and Hendrick Motorsports have re-calibrated the lights to help him to drive as close to the speed limit as possible—in Pocono's case, 55 mph, though NASCAR rules allow a friendly five-over buffer.

"So this year, what we’ve done to be more competitive on pit road is to really close those gaps between those lights, to get really aggressive. When I get it right, we run within two-tenths of a mile an hour under the speed limit, but it does present you the opportunity to get busted a lot more often," he said.

Further complicating things is the difference in tire pressure between race-worn rubber and a fresh set, which changes both how the car handles and the way the engine responds.