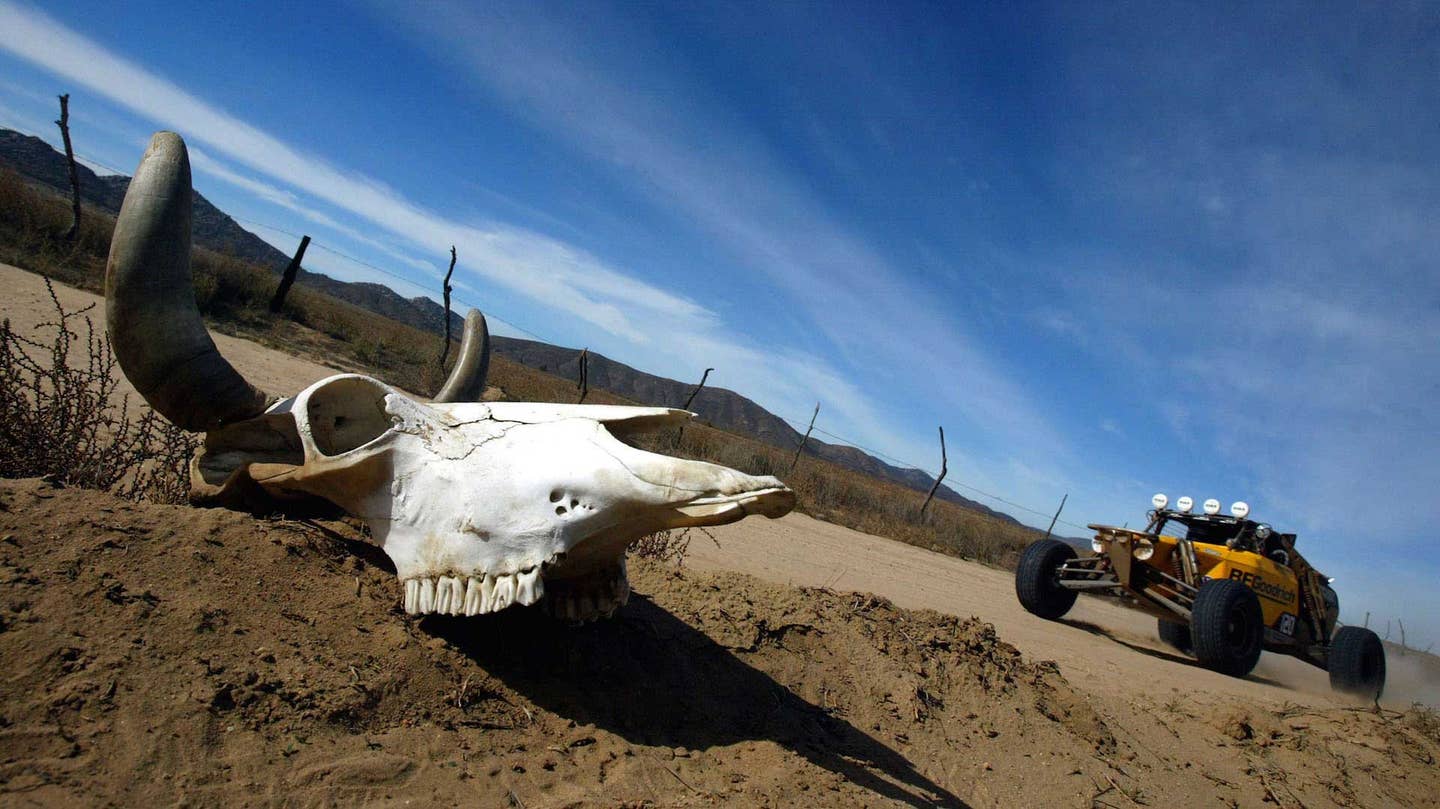 Ryan Thomas has won the Baja 1000 five times. He has also trained special forces of the U.S., and other nations, how to drive off-road—even if the vehicle wasn’t made for the job. These days he manages the West Coast Branch of Jackson Motorsports, which helps promote events like Baja. Dude knows the 4x4 game through-and-through. Yet, if you ask Thomas for dos and don’ts, his advice is remarkably simple.

Sure, he says, you should have the basics like an airbag jack, a shovel and a full set of tools, as well as surplus fluids like oil and coolant. But he’s not big on tech compensating for poor prep. Thomas believes the key to winning Baja is the same as it would be for winning on the track—do your homework. And he says the same goes for driving off-road: Know where you’re going, dig into blogs, research the obstacles before you go. And when you’re out there, use your head.

Here are five more tips that may save your bacon the next time your find yourself driving at 10/10ths, or even 2/10ths, and the journey goes sideways.

Use what you have with you to your advantage. Thomas recalls driving a Chevy Suburban in Mexico, south of Cabo, a few years back. He was towing a two-car trailer, loaded with three dune buggies, when the whole enchilada slid off into the mud. The ’Burban was buried to its axles instantly. “It was a two-lane highway and I waved for help but nobody would stop. Finally I took my big tow strap, tied it to my side mirror, hung a t-shirt off of it so people would see it and stretched the strap across the road to a sign on the other side, to block traffic.” A semi stopped; the driver gave Thomas a hard time, but then agreed to tow him back out of the mud. “I was out in 30 seconds,” he says. “I could’ve stood there all day otherwise.”

“You want to get unstuck during Baja? Carry a wad of hundreds and wave that in the air and the spectators will come and push you out.”

Thomas says the silt was terrible at last year’s Baja. “It’s finer than flour. If you get stuck you often have to use dirt, rocks, whatever you can to get traction.” One of the niftiest tricks he’s seen is using carpet remnants on chains, with anchors that attach to your rig’s bumper, and grommets through the carpeting. Why? Put the carpeting underneath stuck tires, get rolling, and keep driving until you’ve found a safe place to pull over. Tow the carpet scraps along with your rig so you have them handy for the next time you get stuck.

4. Sometimes you can’t fix it.

“I was driving a four-seat buggy and we smashed the entire front left corner. My guys wanted us to wait for help, but instead we just unbolted everything from that corner, put all the weight in back and we drove 160 miles that way, with only one front wheel to steer. Sure, if you have a pit crew you might sit and wait, but sometimes that’s just not a very good option.”

5. Bring flares. If you don’t have flares, find another way.

A co-driver was killed at this year’s Baja. He was helping dig out his truck when another race rig plowed onto the scene at full speed. Thomas says if you don’t have flares when you get stuck, you must find a way to flag oncoming vehicles so they know you’re stranded. “We’d always remove a body panel and bring it way up the road,” but Thomas says no matter what you do, make sure you’re not actually in the track before you’ve got a beacon in place. “I always knew that the second I undid my safety harness I was incredibly vulnerable. It’s better to be stuck than to get out and put your life at risk.”