Eleanor! Two car thieves in North Carolina were caught on camera earlier this week breaking into a Ford showroom and making off with a Shelby Mustang 350R, priced by the dealership at around $100,000. Now, we're not sure what goodies were added to this particular Mustang that makes it worth six figures, but it does make us wonder why the thieves picked probably the most expensive vehicle at the dealership - then again, if the video is any indication, subtlety is not this duo's strong point. Nicolas Cage would be highly disappointed.

The whole eight-minute ordeal was captured by a security camera in the dealership's service area. It starts showing the two Einsteins skulking through the bays, obviously heading for the showroom. News reports don't specify the time of day, but it's clearly early in the morning given the amount of light streaming in through the windows - another layer of brilliance. They eventually disappear through a double door at the middle of the frame.

At 1:58, you can see the Mustang nose through those double doors into the service area. We know these buildings are designed to allow cars to be moved around like this, but it still makes us nervous to watch the tight squeeze. They appear to have snagged one of those cardboard figures on the front splitter, possibly a Michelin Man. At 2:16 they immediately curb it, murdering the Michelin Man in the process. But then they're on their way!

Well, almost. Then comes a seemingly-insurmountable obstacle - one of the large service bay doors. They pull right up to it, then proceed to spend the next four and a half minutes trying to figure out a way to open it. They each take turns getting out of the Mustang for a frantic lap around the service area, searching for that magic button to freedom.

We only wish we could have heard the conversation that led to what happened next - apparently fed up with the situation, the driver decides to take matters in his own hands and punches the gas, breaking through the door at 6:55. You can see one last flash of the brake lights, but then Eleanor is gone... in approximately eight minutes.

Police recovered the car behind a nearby business the next day, but our brilliant thieves are still at large. 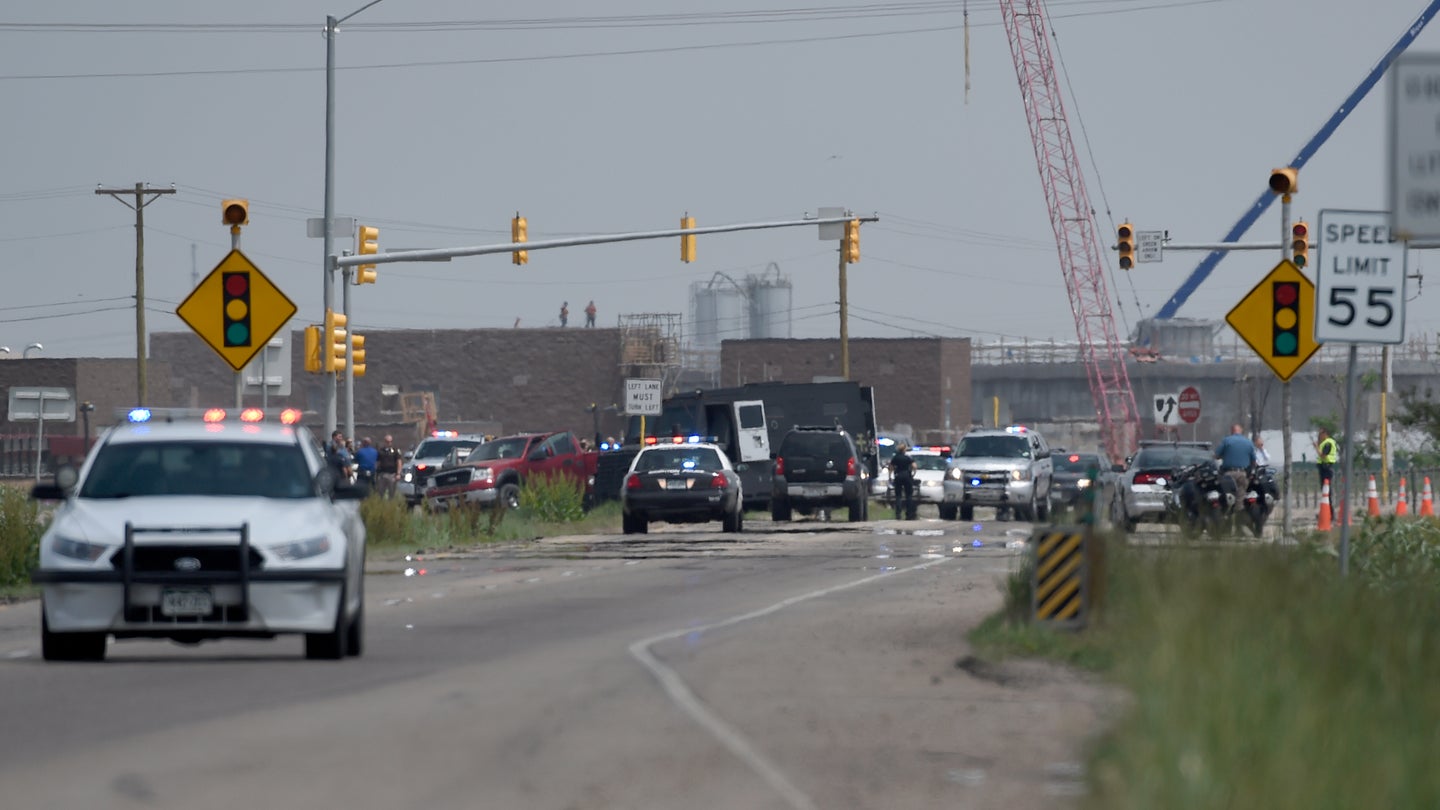