This utility vehicle comes so close, it gives us anxiety every single time we watch. 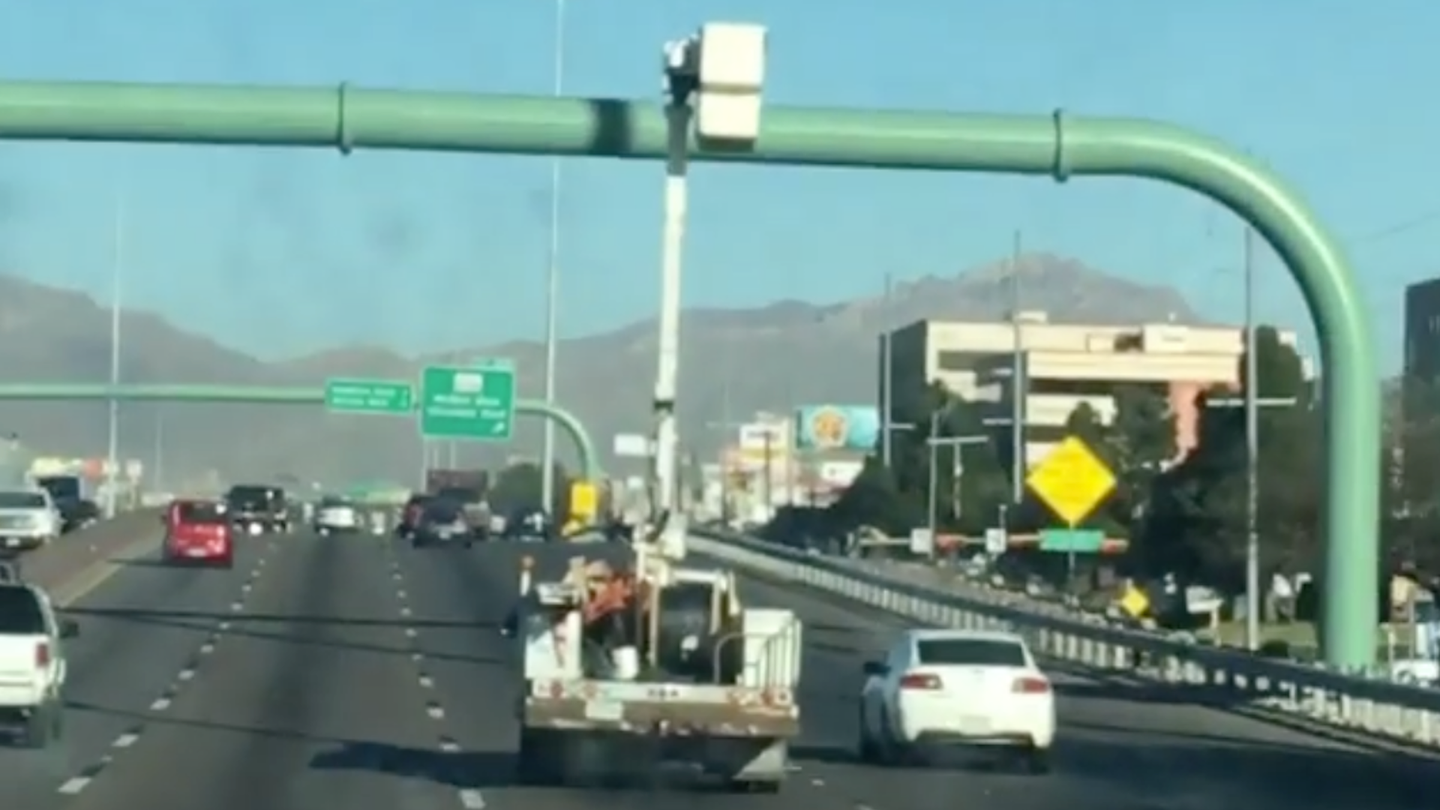 There are some mistakes you really don't want to make. One of those mistakes would be driving a utility truck around with its bucket platform extended as it nearly takes out highway signs at speed.

A video uploaded to Instagram Tuesday shows a driver in a truck on Interstate 10 in El Paso, Texas undergoing several close calls as the fully-extended cherry picker box on the motorist's vehicle barely missed swiping a handful of overhead signs.

According to a comment from the uploader, right after shooting the clip, the driver sped up and informed the truck's driver that the bucket was hanging up in the air.

It's an absolute miracle that this person didn't hit any signs or overpasses with that bucket sitting up high. Lucky for him or her, a messy situation was avoided.

Don't yet have enough anxiety for the week? Just watch this video. It's just so damn close.