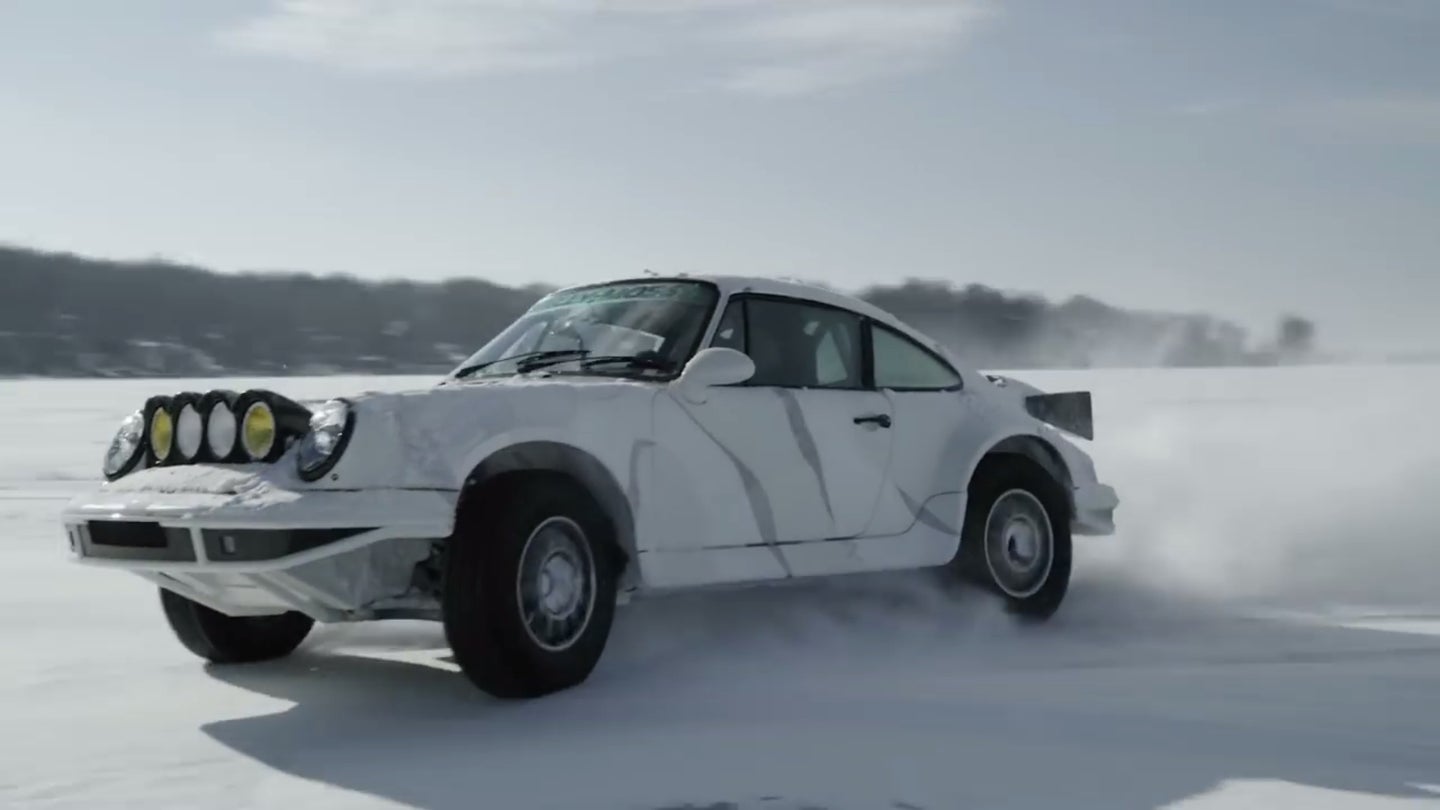 To add to Hoonigan's ever-growing catalog of car content it added a new show to supplement its popular series, Daily Transmission called Daily Transmission Tangents. This new series highlights some of the things that may not have been worthy of a full episode and where it releases even cooler car video footage as well. For the most recent episode of Daily Transmission Tangents world-renowned automotive photographer, Larry Chen and videographer Will Roegge headed to Wisconsin to drive a Kelly-Moss Safari Porsche 964 on a frozen lake.

We've chatted about Chen in the past, but Roeggeis no slouch when it comes to his craft either. He has worked on the Gymkhana series as well as created his own content including filming Pikes Peak legend Jeff Zwart and his documentary Keep Drifting Fun. The beginning of the Daily Transmission Tangents episode features Hoonigan shop foreman Dan Sommer having to pay a bet from an episode earlier this week when he bet against some Honda Civics racing in the Donut Garage lot. He lost and had to get his face shaved in a funny way. Chen's and Roegge's content starts a little after the 4-minute mark.

Chen and Roegge give a lead-in to their trip when they headed to Wisconsin to drive a $300,000 Kelly-Moss Safari Porsche 964 on the frozen lake—Lake Koshkonong. General Manager at Kelly-Moss Andy Kilcoyne starts the fun by sliding around with the windows down allowing snow to just cake the inside of the car. Eventually, Chen and Roegge give it a go.

"It sounds like someone, just drilling into my head with a supercharger," said Roegge.

After Chen and Roegge have their fun they head to the Kelly-Moss Road and Race Shop where Kilcoyne gives them an overview of the car they drove. The Safari Porsche was the third version of the Safari car. The engine was upgraded from a 3.6-liter to a 3.8-liter flat-six engine with a supercharger giving the driver 450-horsepower. The best part is the intake for that engine is located inside the car.

Check out Hoonigan's most recent Daily Transmission Tangents episode below to get more of the details on the Safari Porsche 964.