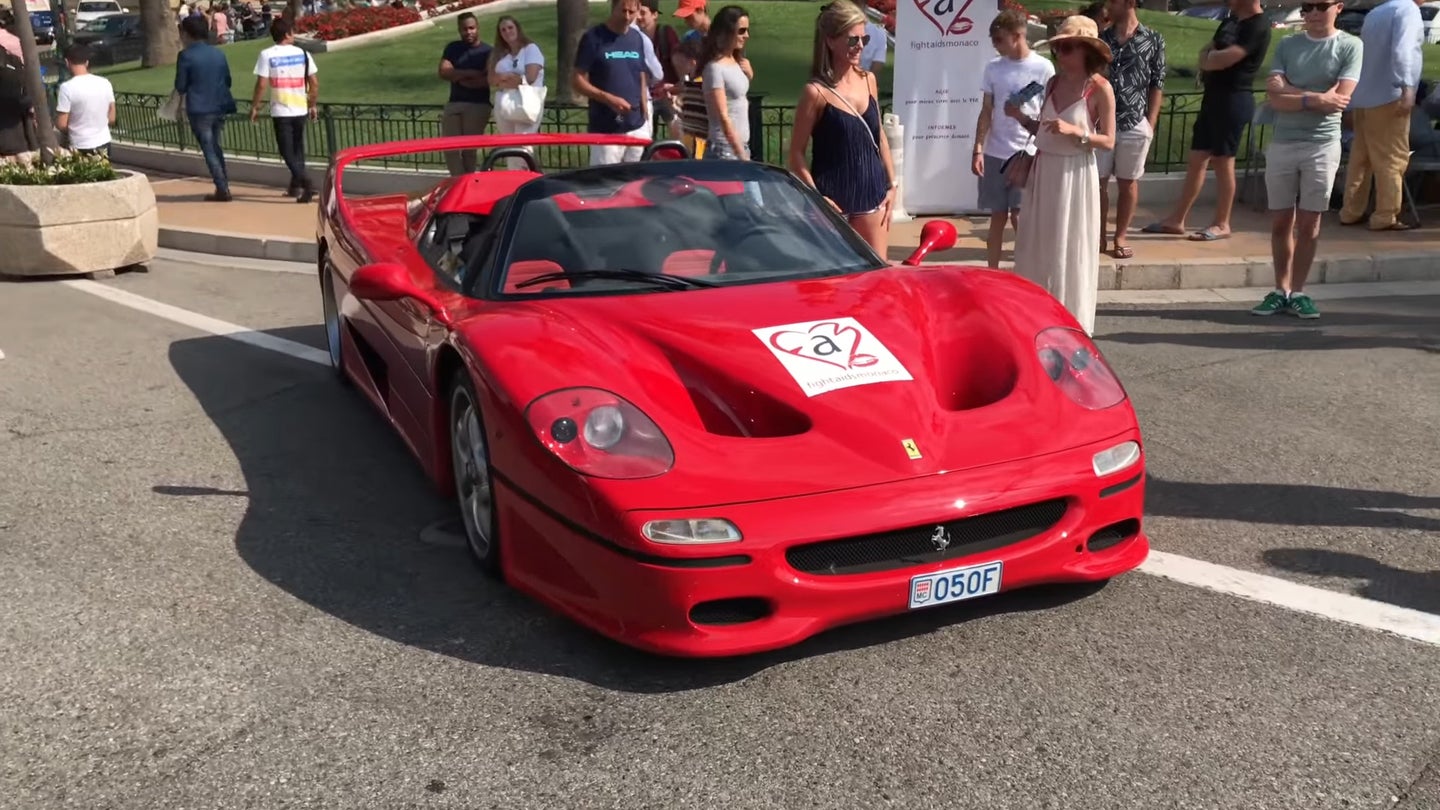 Monaco is a must-visit for car spotters, as it's regularly flooded with scores of exotic cars, sometimes with price tags that would get you a respectable house in Beverly Hills. For a taste of what this city on the French Riviera has to offer for supercar fans, here's a video of a Ferrari F50 having some fun in the tunnels along the cliffs of Monte Carlo.

In a video posted by supercar enthusiast NYCarspotter, this Rosso Corsa-colored F50 can be seen sunning itself at a car show before heading out for some spirited driving. The car makes its way to the famous tunnels underneath the Fairmont Monte Carlo hotel, a perfect place to go to unleash that 4.7-liter V12 this Ferrari is packing.

30 Years Ago Today: The Amazing Ferrari F40 Was Unveiled
The Drive

The car makes a number of foot-to-floor runs through the tunnels, at one point applying too much throttle through the first turn and nearly crashing into onlookers like a certain car is prone to doing. Then again, one needs a certain level of finesse to operate a supercar with 513-horsepower, rear-wheel drive, and no traction control.

The Ferrari F50 has had a troubled history, as it was always overshadowed by the F40, its older brother. Although the F50 was made to replace that car, just 349 units were built, compared to the 1,311 droopy-faced F40s on the road. It was marketed as a Formula One car for the street, but the F50 could never live up to the expectations generated by its predecessor, and it faded into relative obscurity.

Examples still sell for $1.8 million on average though, and the car sounds great. Put on your earbuds and have a listen.