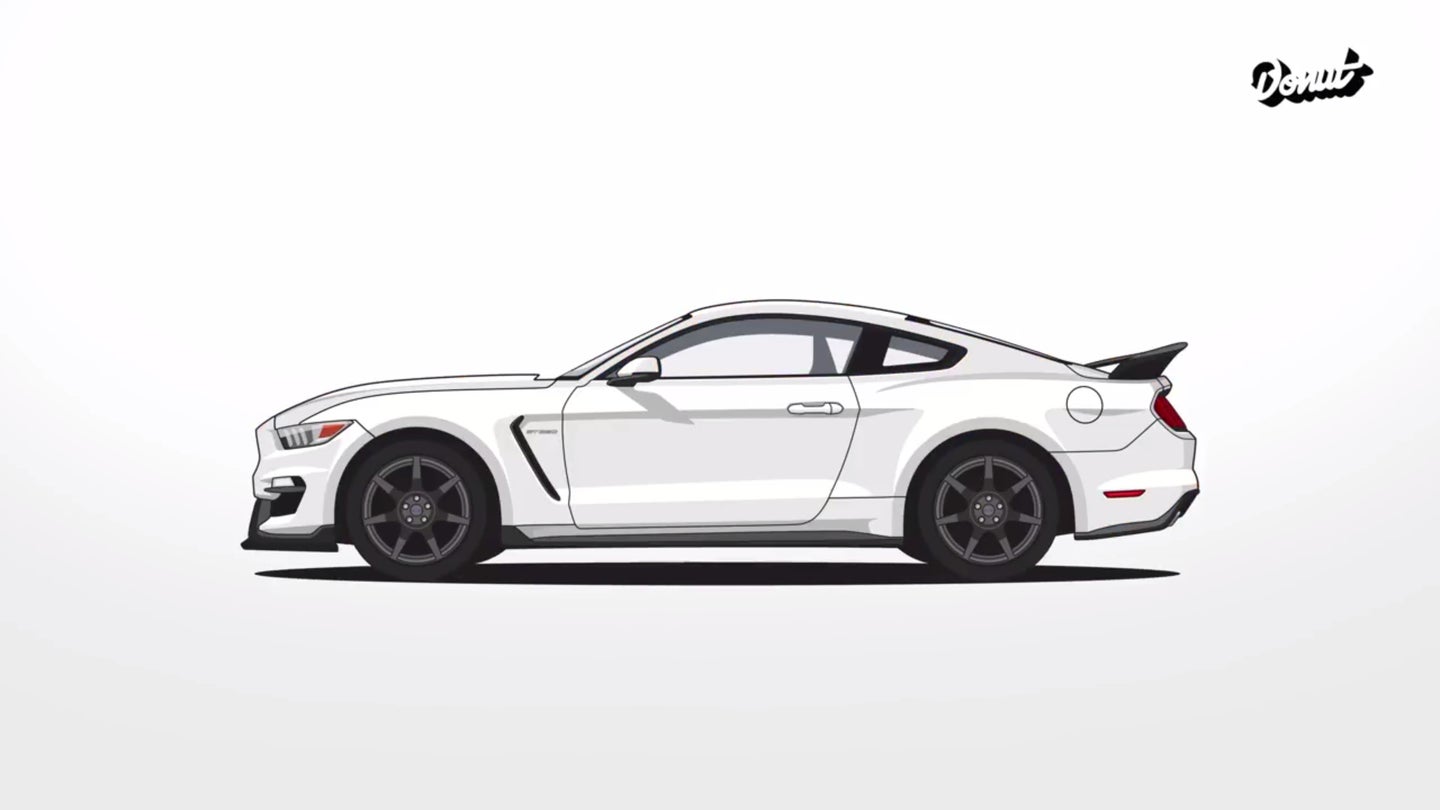 The video starts takes you through all of the generations of Mustang from its start to where we are now. It begins of course with the first Mustang - the 1964 1/2 Ford Mustang. It is a 1/2 because it was produced months before the start of the official model year. The car debuted at the World's Fair in 1964. The next big Mustang milestone was the work of Carroll Shelby. Shelby is possibly the most well-known car designer ever and in 1965 he helped create the 1965 Shelby GT 350. Donut's video shows one of the more famous Mustangs: The 1968 Mustang GT. Fans know this car from being driven in the movie Bullitt by Steve McQueen.

Can a Junkyard 1984 Mustang SVO Beat a New EcoBoost Mustang?
The Drive

Sadly, no car is without having a bad model and the Mustang was not immune. The 1974 Mustang II is well regarded as the worst. It was produced during the gas crisis and only had 105 horsepower, ditching the V8 in favor of a V6 engine. Eventually, the Mustang reached its new era which took design cues from its history in the form of the 2005 Mustang GT. The car had just a little over 300 horsepower which forced Ford's hand when the retro-styled competitor Camaro came back from its hiatus to its Bumblebee fame with 400 hp. Ford fought back with the Mustang GT in 2011 bringing the V8 numbers on par with Chevrolet.

The video ends with where the Mustang is now. The 6th generation Mustang GT supplemented by the Shelby GT 350 and GT 350R which is known for being the first production car (that is not a supercar) that uses carbon fiber wheels.

Check out Donut Media's Mustang Evolution video below for more of the details.