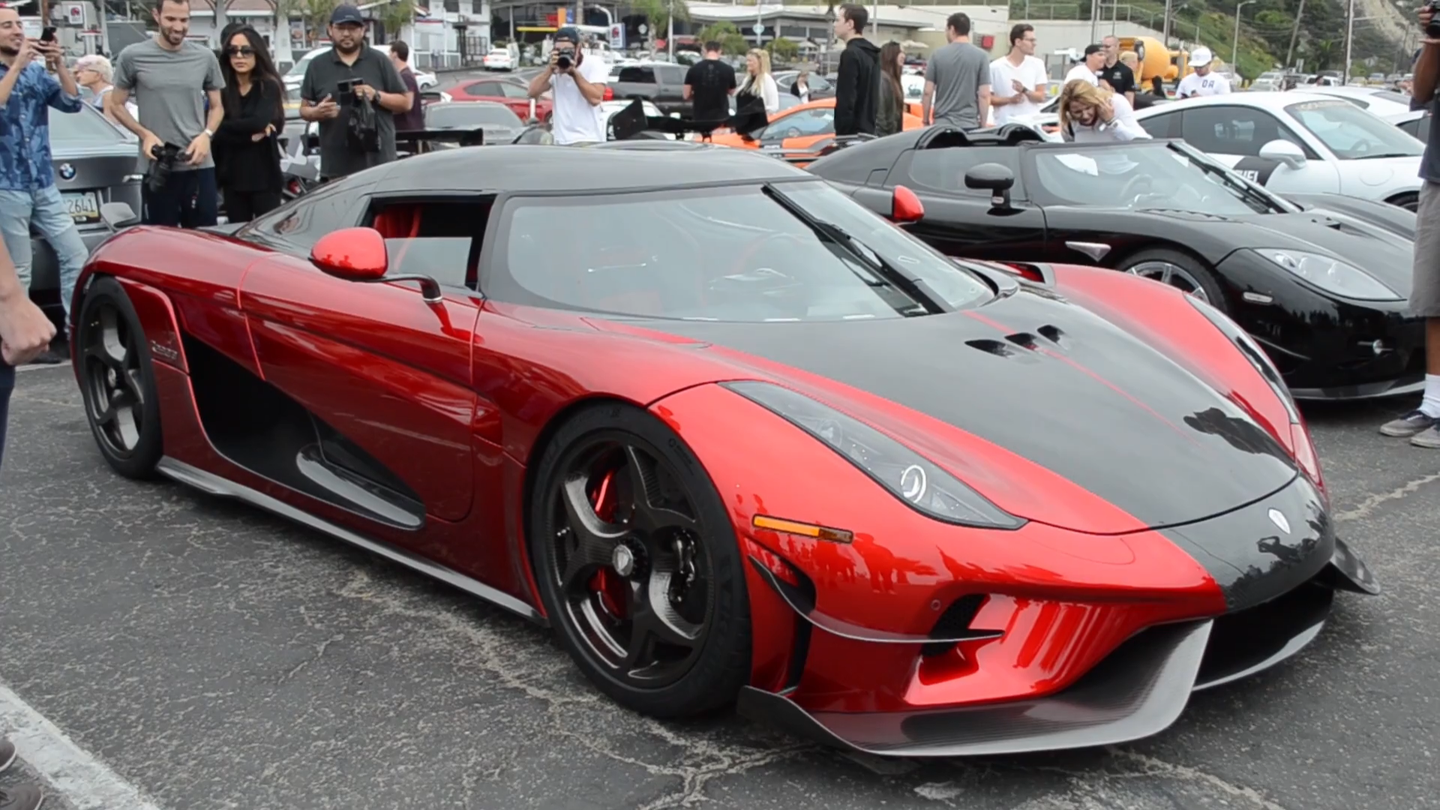 Car spotters, rejoice: now is your chance to finally see Christian von Koenigsegg's latest creation in the flesh. The Koenigsegg Regera hybrid hypercar is a great example of Christian's knack for innovation, utilizing a twin-turbocharged V8 coupled with 3 electric motors and gearless "Koenigsegg Direct Drive" transmission to rocket it to over 250 mph. It's also one of the few cars to make the Bugatti Chiron nervous, although we haven't seen the two 1500-horsepower cars go toe-to-toe yet. The Regera might be impossible to buy right now, but there's still hope for people who want to see the car up close.

YouTuber Cali Autos recorded a video of a slew of supercars in Malibu on Thursday, all preparing to head up to Pebble Beach for Monterey Car Week. The Koenigsegg Regera is the star of the show, sitting alongside a squadron of other Koenigseggs including multiple Agera RS' and the CCX/CCXR with the "Ghost" package. The video includes some super-detailed shots of the car including footage of the Regera exercising its "show mode" feature, which opens the doors, trunk, and hood to reveal the megacar's innards. The video ends with some startup/idling footage and we get to see the Koenigsegg family start its 300-mile journey to Monterey.

If you can't make it to Los Angeles, there is still hope to see the Regera in Northern California this week. Koenigsegg released its travel schedule for Monterey Car Week which includes more information about the rally. The first stop will be at The Quail on Friday, followed by appearances at "Exotics at Cannery Row" the next day. The journey will end at Laguna Seca on Sunday where each of the cars will take a ceremonial lap around the track.