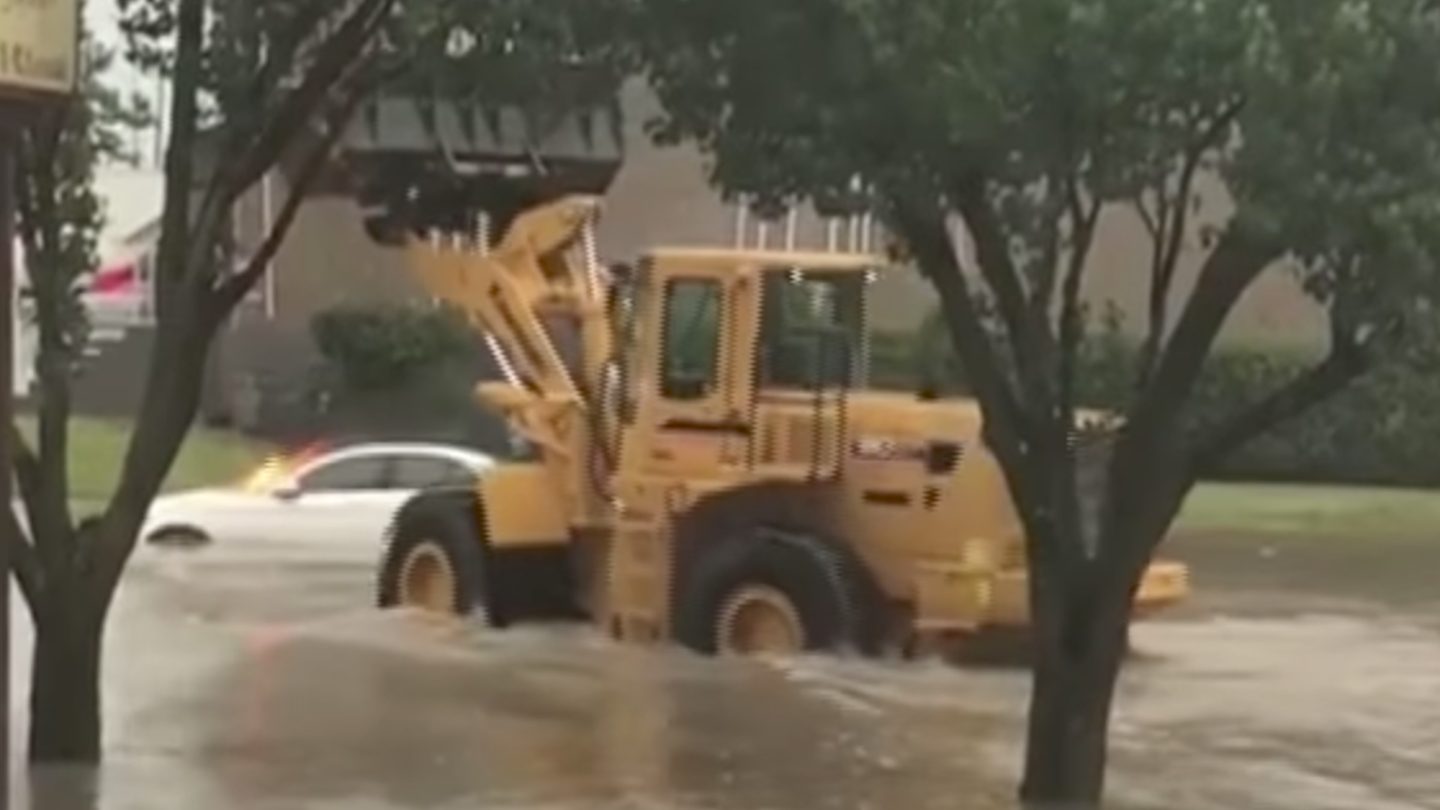 A bystander behind the wheel of a front-end loader jumped into action Friday to extinguish a blaze when he noticed a car that was stuck on a flooded Dallas street had caught fire, according to local news station WFAA.

Nikki Carmona's Mercedes-Benz began to smoke after it died on a flooded street, she explained to WFAA. Though Carmona managed to get out of the car, a fire grew inside the vehicle—until the general manager of nearby Bane Machinery showed up in a front-end loader and diffused the situation.

“He just jumped out there and put it out. Didn’t hesitate and was happy to do it,” Scott Bane, owner of Bane Machinery, said about his general manager to WFAA.

The manager scooped up flood water with the loader in an attempt to put the fire out. After just two dumps, the fire appeared to be pretty much contained.

For the record, driving through a flooded street is never a good call. Usually, it'll end with a dead car—but if you're extremely unlucky, that could then cause the immobilized vehicle to catch fire, or worse. No matter how fun or effortless it might look, don't do it.