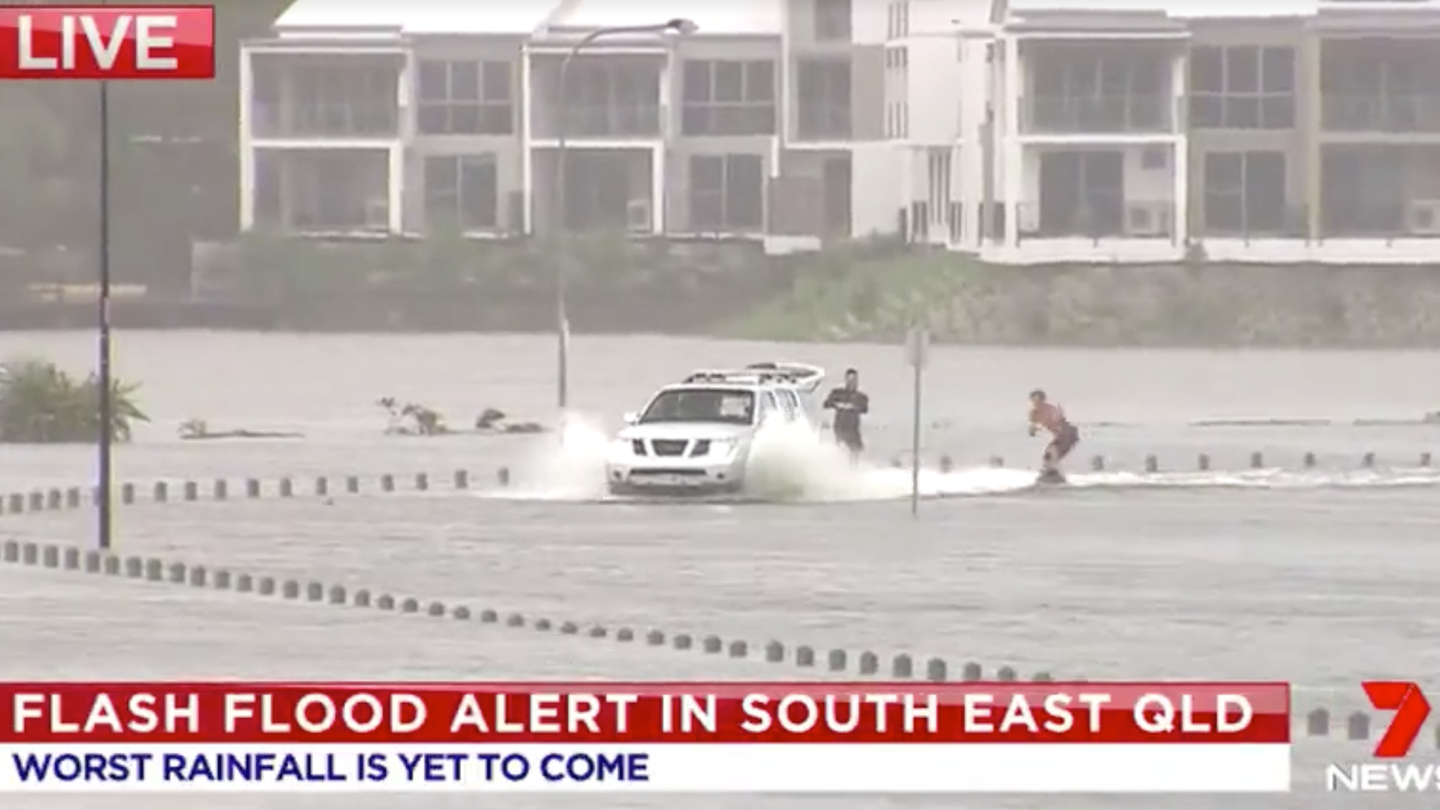 The appropriate thing to do when there are potentially dangerous floodwaters on the roads outside is to leave your car parked in a safe location away from any potential contact with water. At least three people in Australia apparently decided against that when they went rogue and decided to make the most out of the flooding by water skiing behind a Nissan Pathfinder.

A video shared on Facebook Thursday shows a live local news broadcast of the SUV pulling two people who appear to be surfing or skiing while being pulled by the Pathfinder. The water in this clip appears to be relatively calm and the level looks to be just up to the bottom of the Pathfinder's front bumper. So it's not too bad, but one of the worst dangers of driving through flooding is that you never truly know how deep the water is in front of you until you drive through it.

Anyway, it sure does look like these Australians were having some fun.

From the looks of it, the video shows the flooding that was caused by a category 4 storm that hit northeast Australia on Tuesday, specifically in South East Queensland. After the severe weather first hit land, emergency crews including 1,300 soldiers were dispatched to rescue dozens of bystanders in the area and deliver supplies to those in need, Sky News reports. Rain and high-powered winds continue to batter the area, according to the report.