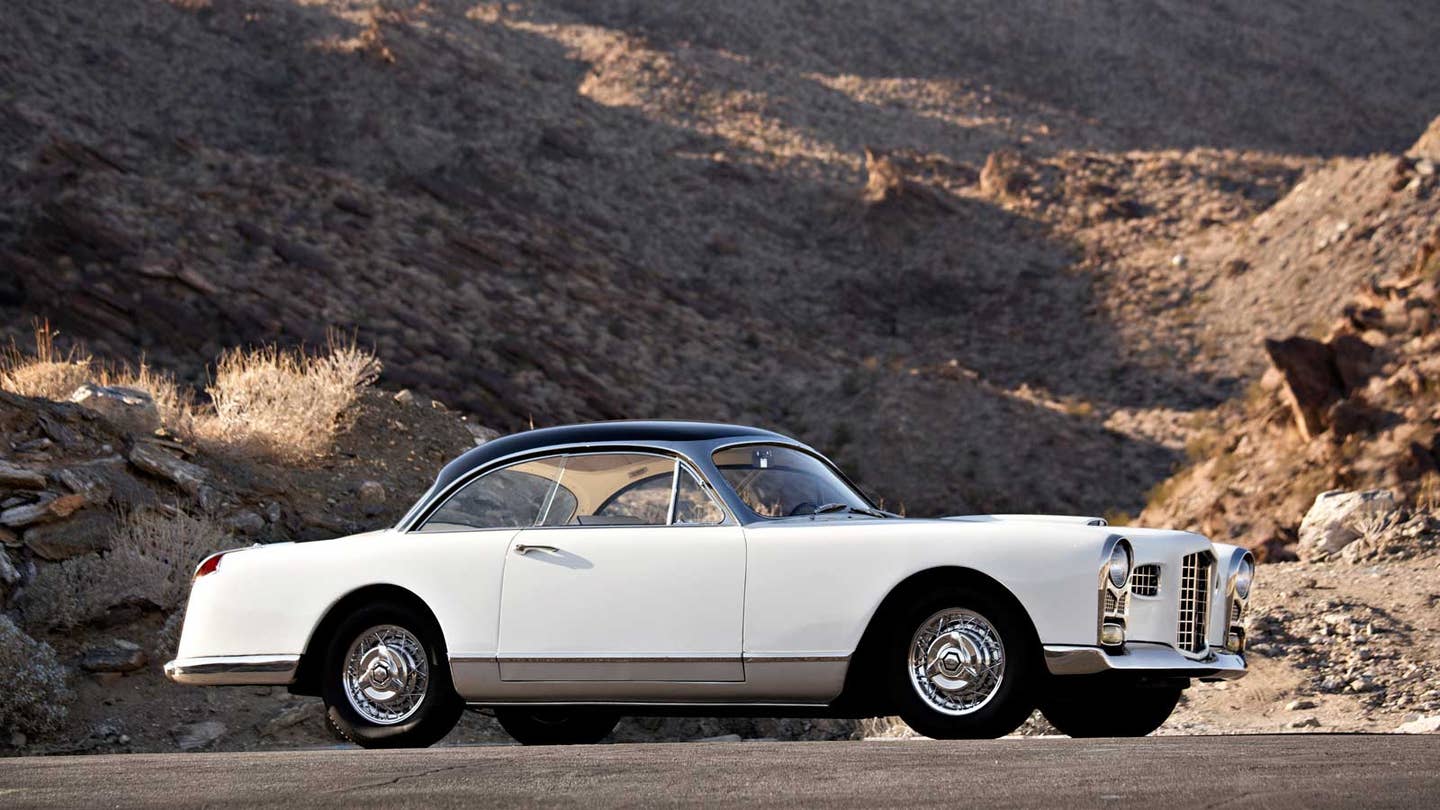 For every winning combination of French ingenuity and American power, there is a corresponding disaster (see: Vietnam War, Freedom Fries, Tony Parker’s rap albums). Fortunately for all car lovers, these two qualities were, in the mid-Fifties, amalgamated in a markedly striking and successful manner.

The Franco-American sex bomb in question was detonated at the Forges et Atéliers de Construction d’Eure-et-Loire metalworking company, known acronymically as FACEL—where Parisian engineer Jean Daninos hand-built flagship vehicles motivated by potent Chrysler V8 engines. Daninos developed plane engines during World War II and later, car bodies for long-gone marques Panhard and Simca. But prior to the war, he served as head of special vehicles for Citroën, and had longed to build his own automobile. The Facel Vega FV was his company’s first product, and it was exquisite.

“In my opinion, the FV has everything that could be attractive in such a type of car,” says marque specialist Hans Ruhé, owner of Amicale Facel Holland, one of the world’s foremost resources for the maintenance and restoration of Facel vehicles. “It has good looks inside and outside, it is loaded with equipment, it has great performance yet it is very comfortable and silent.” 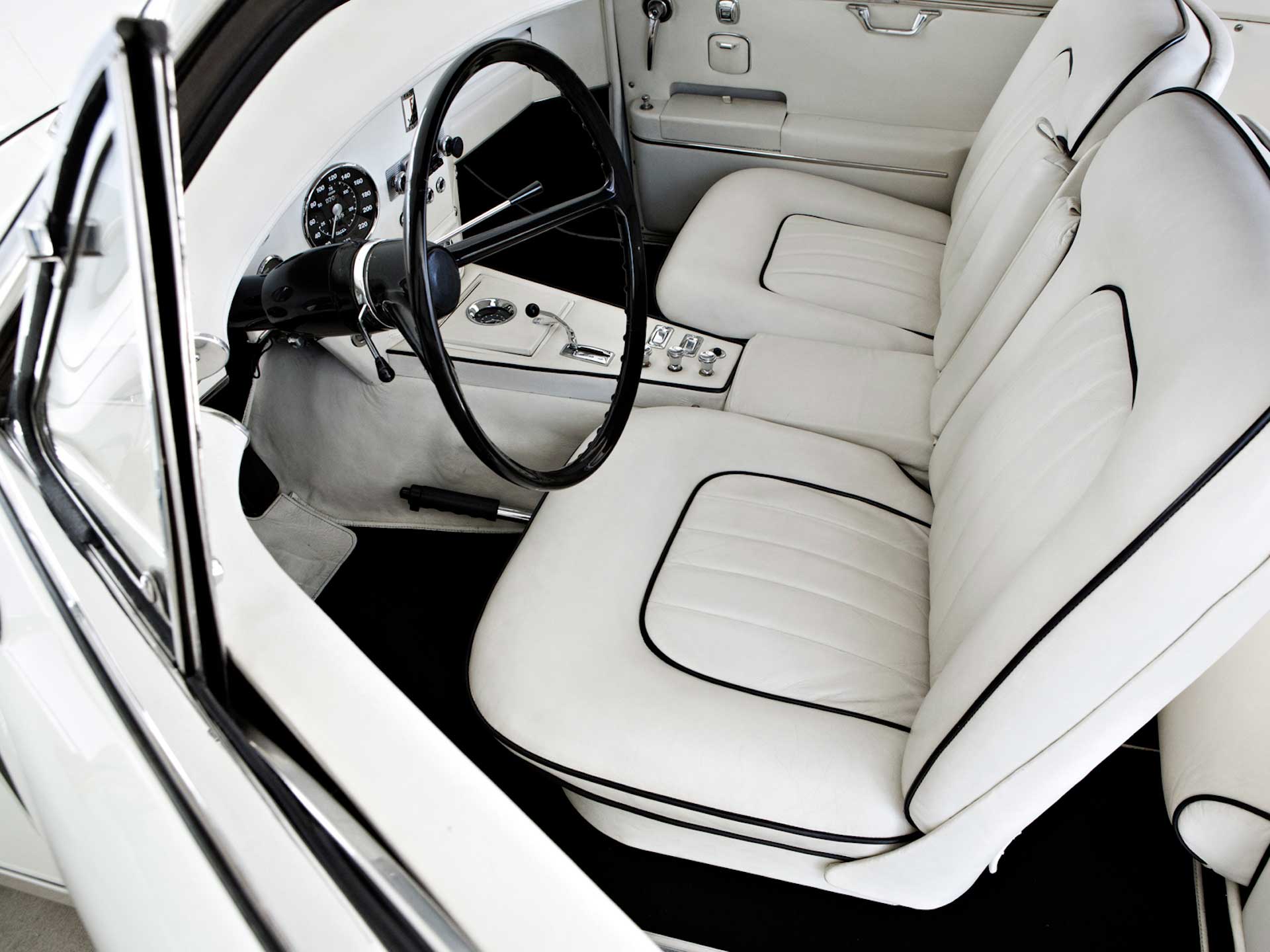 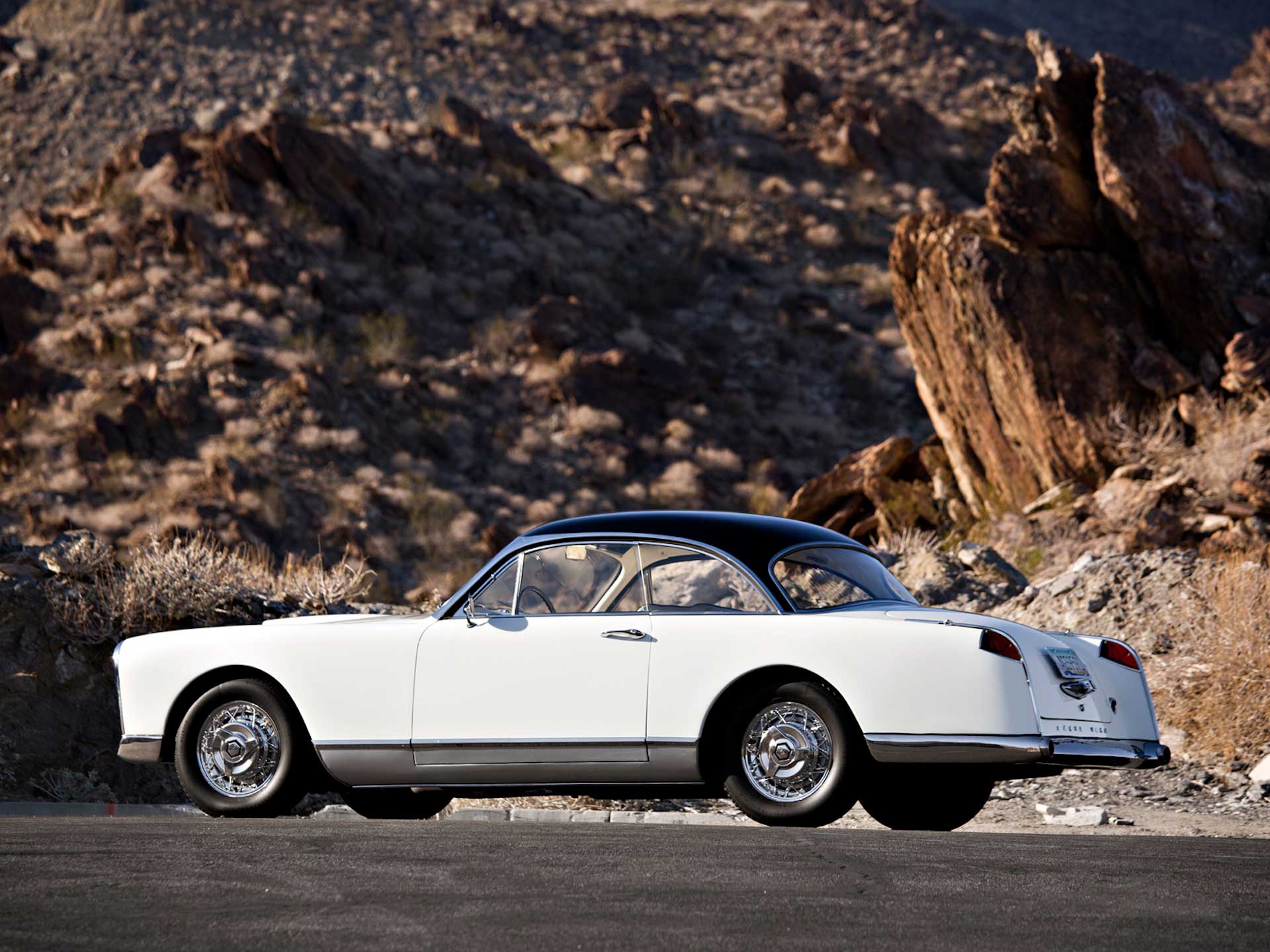 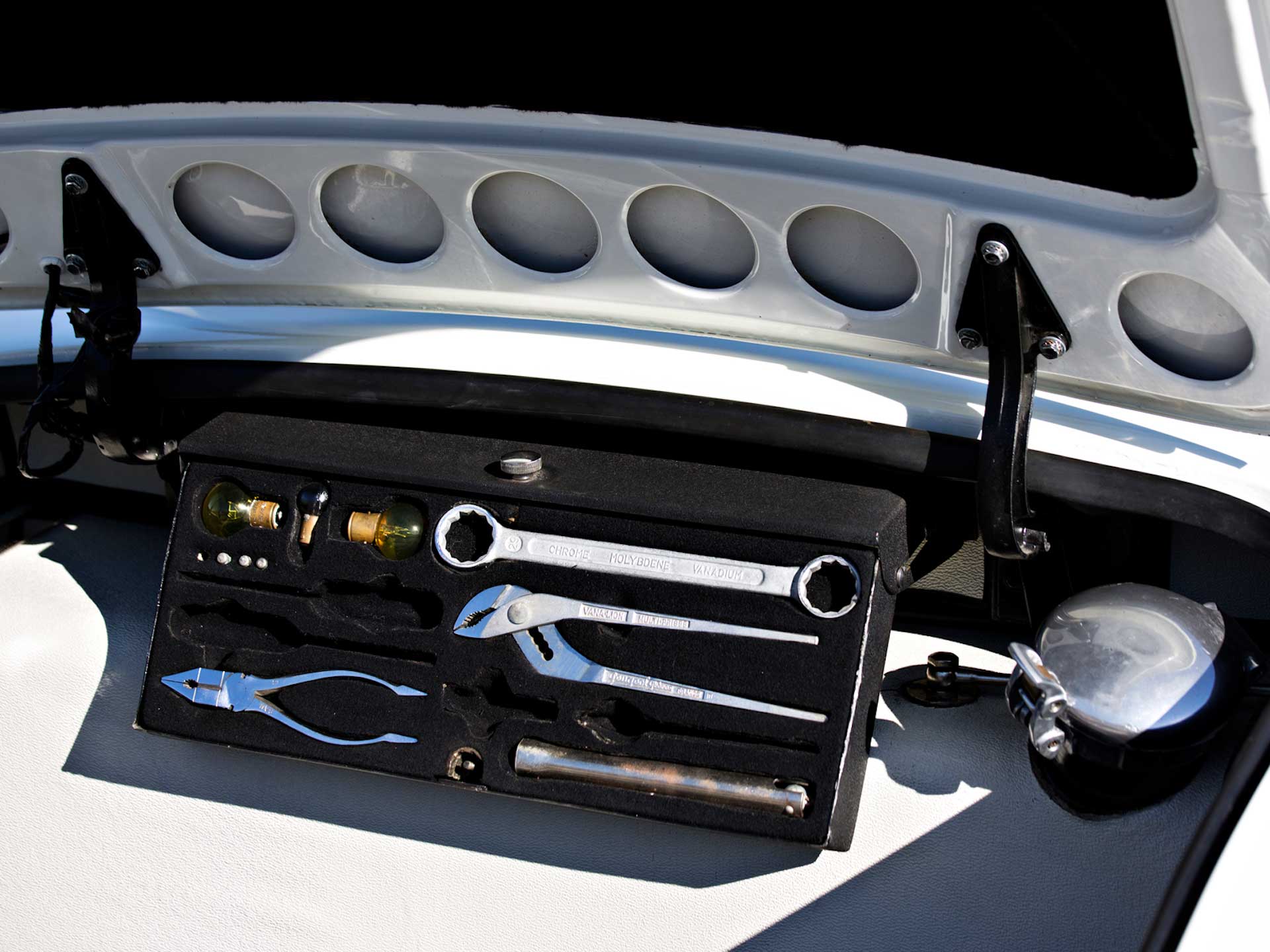 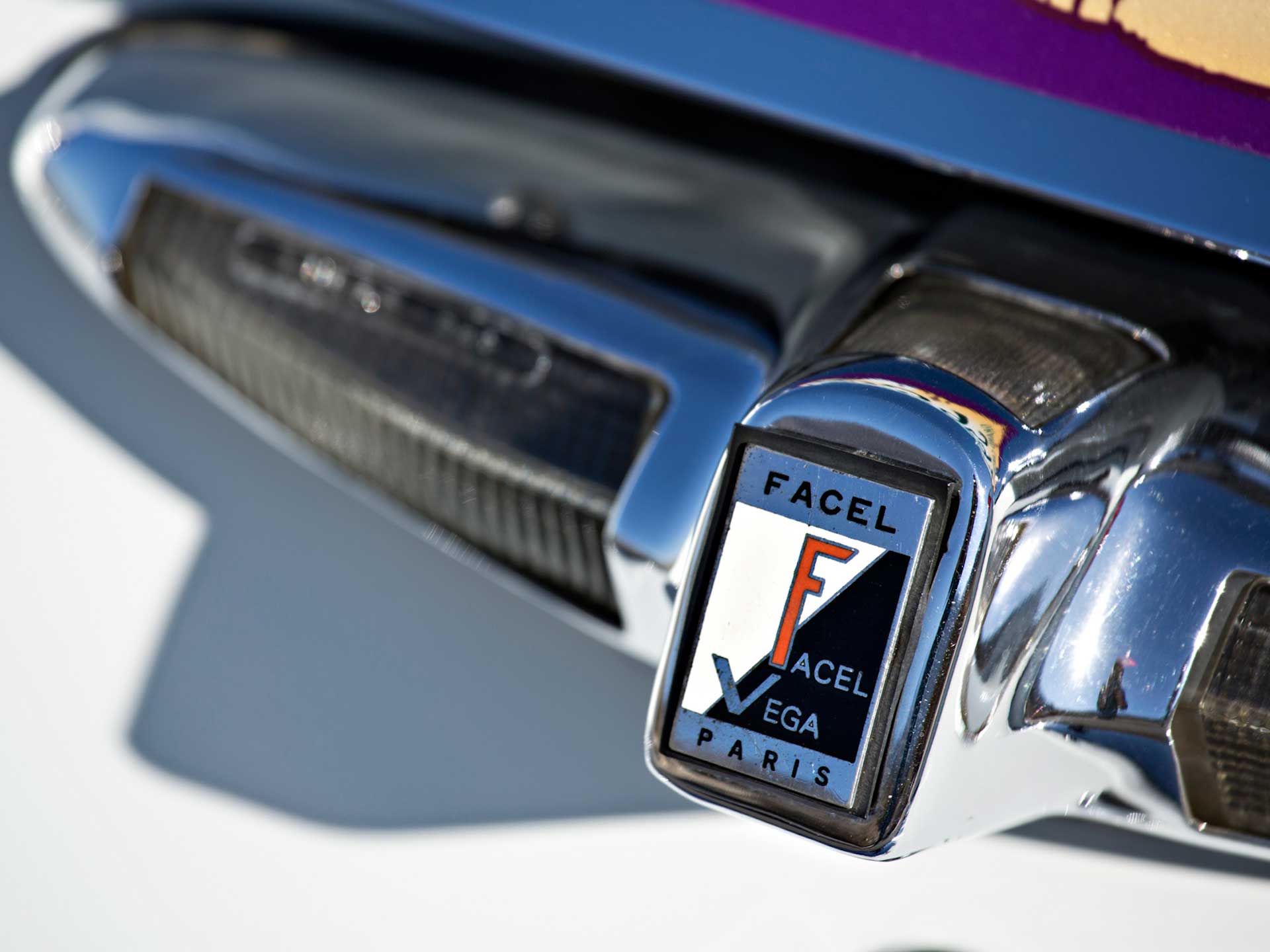 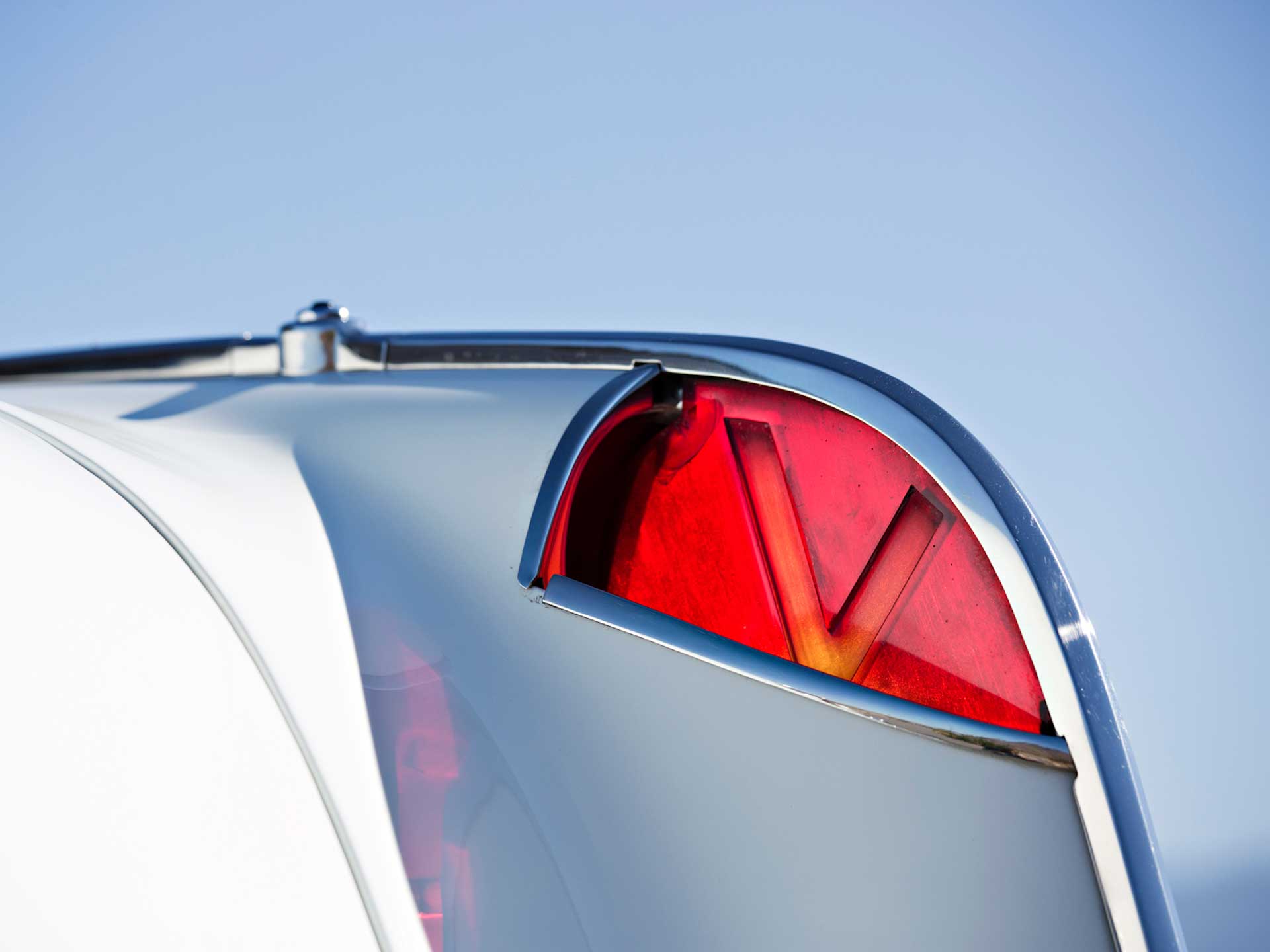 The FV funneled the bold, borderline-gaudy trends in American car design into an altogether more delicate, restrained package. The car looked a bit like a Studebaker Golden Hawk, only re-proportioned, given extensive rhinoplasty and stripped of all garishness. Abundant stainless steel trim is not grafted on like Dagmars: those bra-busting cones gracing the noses of American land yachts of the period. Rather, it is subtly incorporated: into the front bumper and side molding; in the integrated tailpipes around back; in the broad and impossibly bowed windshield surround. The tapered, fin-like rear tail lamps, with their complex curvature and veiled internal V (visible only from just the right angle) are transparent sculptures worthy of Lalique.

In my opinion, the FV has everything that could be attractive in such a type of car

The interior, however, is where the Vega goes full baller. Chrome. Leather. Wool. Instrumentation sat low, nearly at the driver’s thighs, and wrapped around in an atypical embrace. “Facel was the first car manufacturer to have a middle console between the front seats,” Ruhé notes, “to place switches conveniently within reach, including power windows—still a big surprise on a European car of that era.” Even the gearshift lever is canted sideways, toward the driver, for ease of reach. (Automatic-transmission cars had Chrysler’s cool push-button unit.)

The dash itself is a museum piece. What appears to be veneer is actually trompe-l’oeil, hand painted on metal. “This is the work of one man in the factory,” Ruhé says. “They could have done this in real wood, of course, but wood grain on steel is a French tradition, also found on Delahayes and Talbot-Lagos,” he adds, name-checking two of France’s most desirable—and dead—marques.

The driving experience was similarly bespoke. The first FVs in 1954 used 180-horsepower 4.5-liter Chrysler Hemi engines, but successive models gradually moved up in size and power to 6.3-liter V8s with 360 hp in the 1959 HK500, good enough for an 8.5-second sprint from zero to 60 mph, and a top speed of nearly 150 mph. This made it not just the fastest four-seat car of its era, but among the fastest cars over all. And though the car was heavy, the ride was sublime. “It can be driven in a really sporty way, but cruising in a lazy mood gives just as much pleasure. When a long trip comes to an end,” Ruhé says, “the driver deplores it is over.” 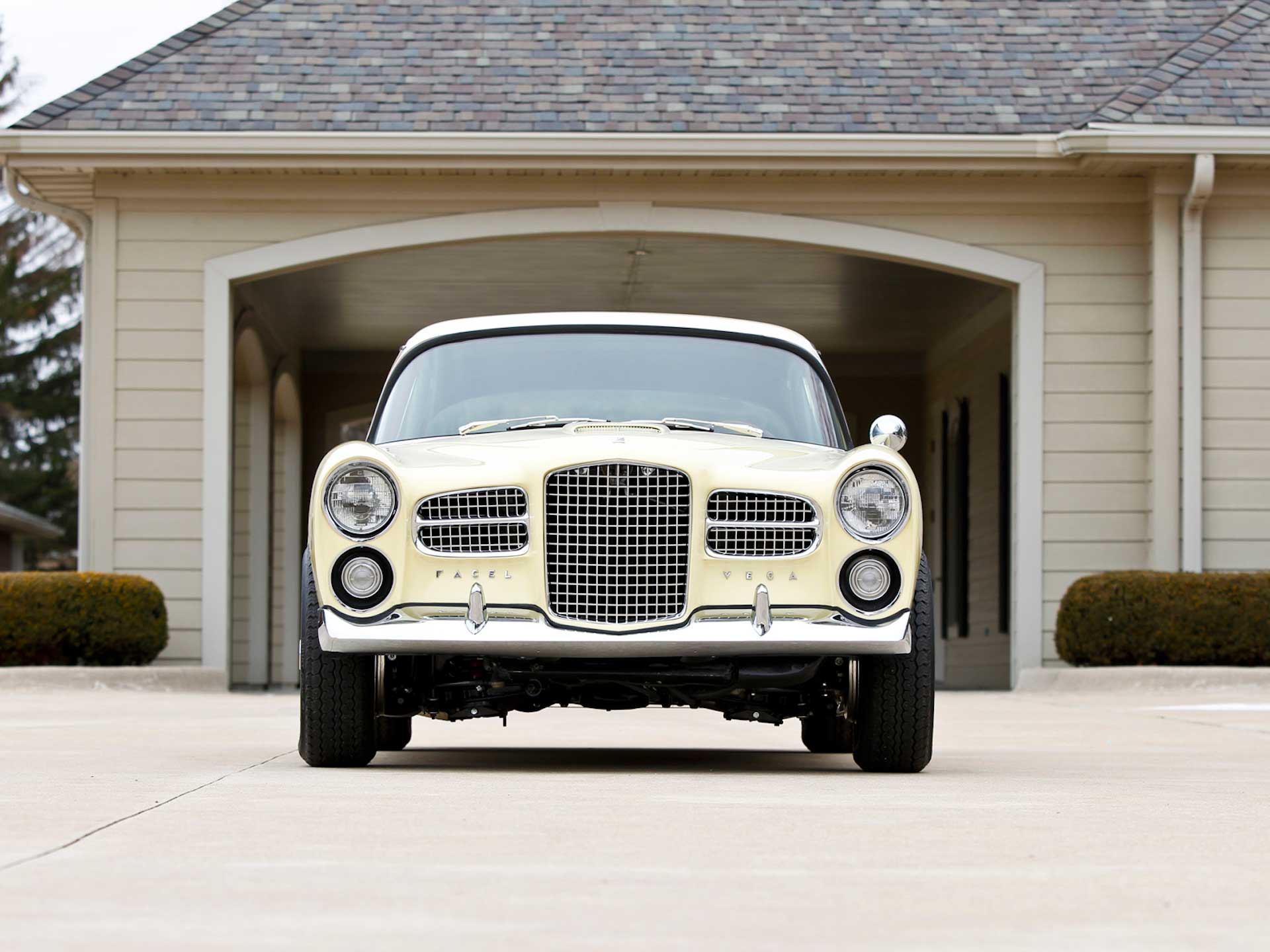 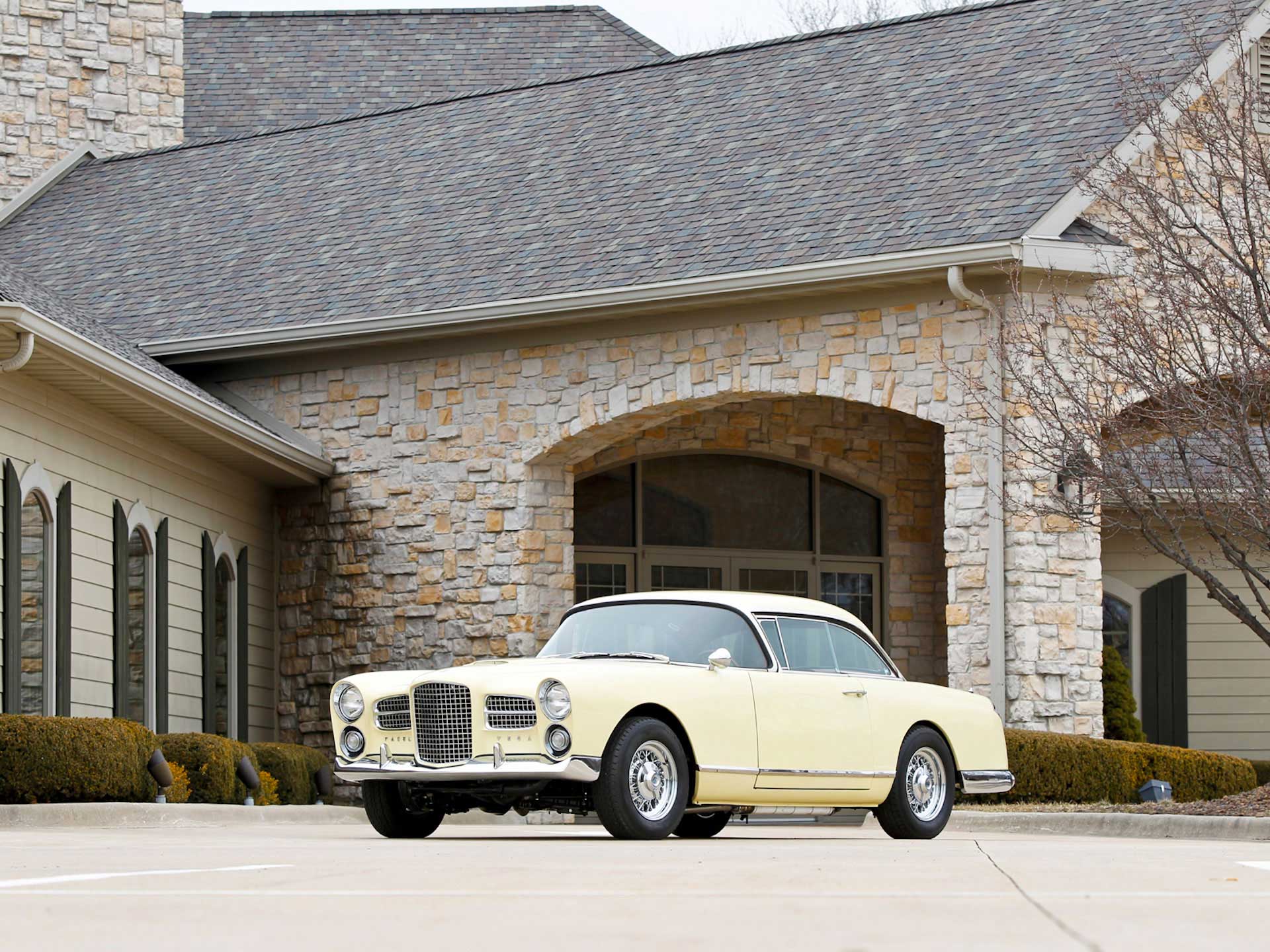 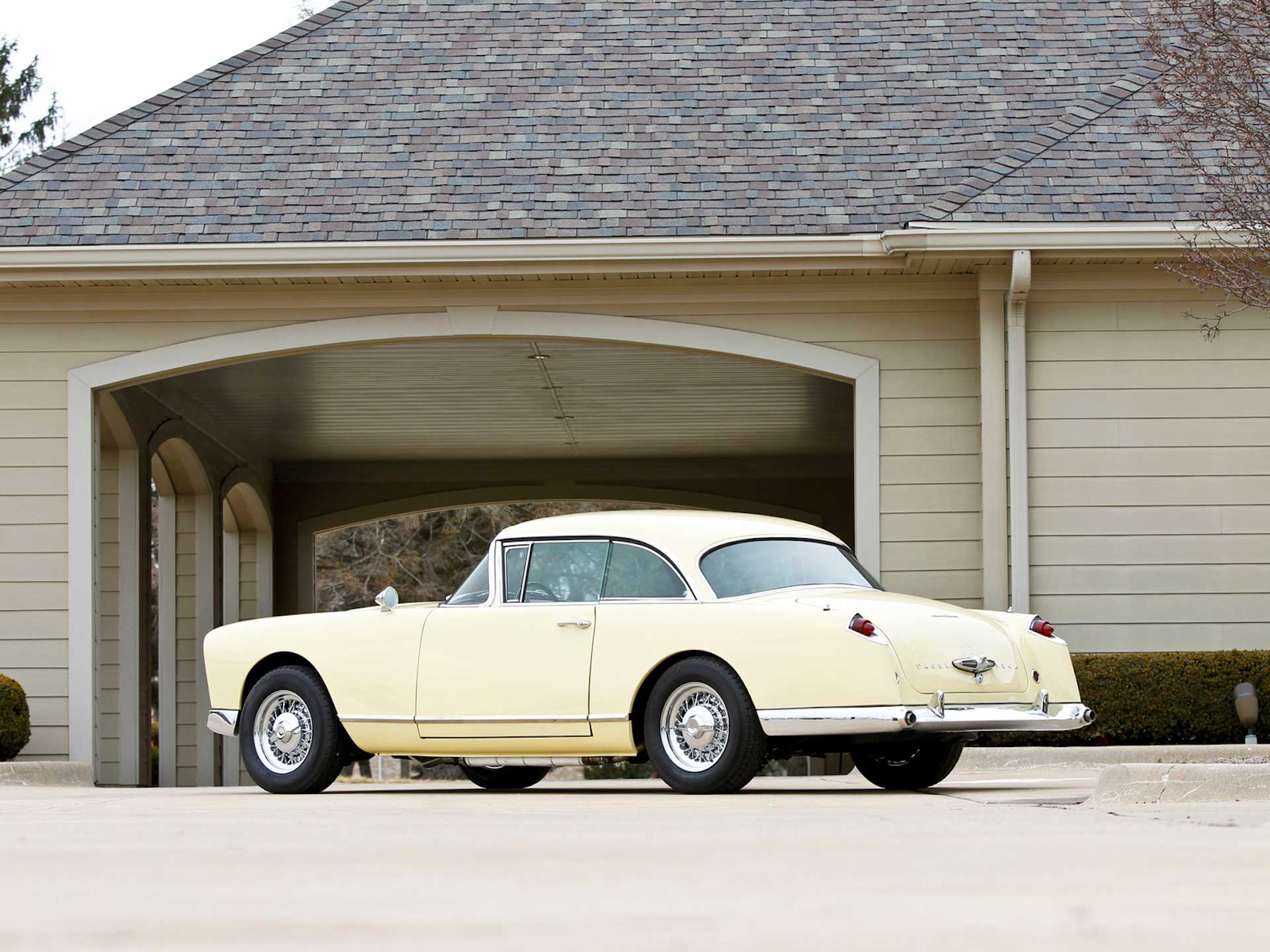 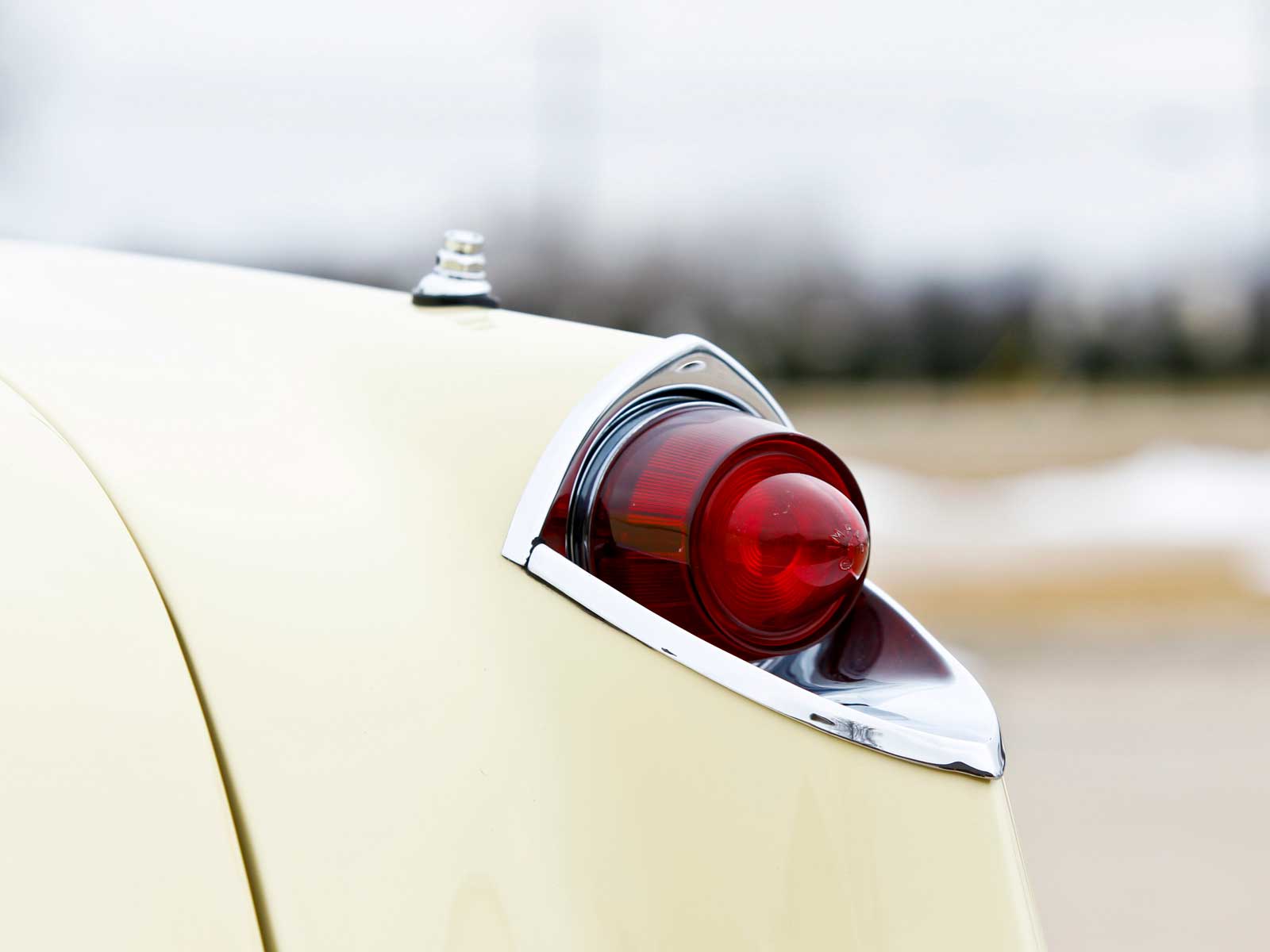 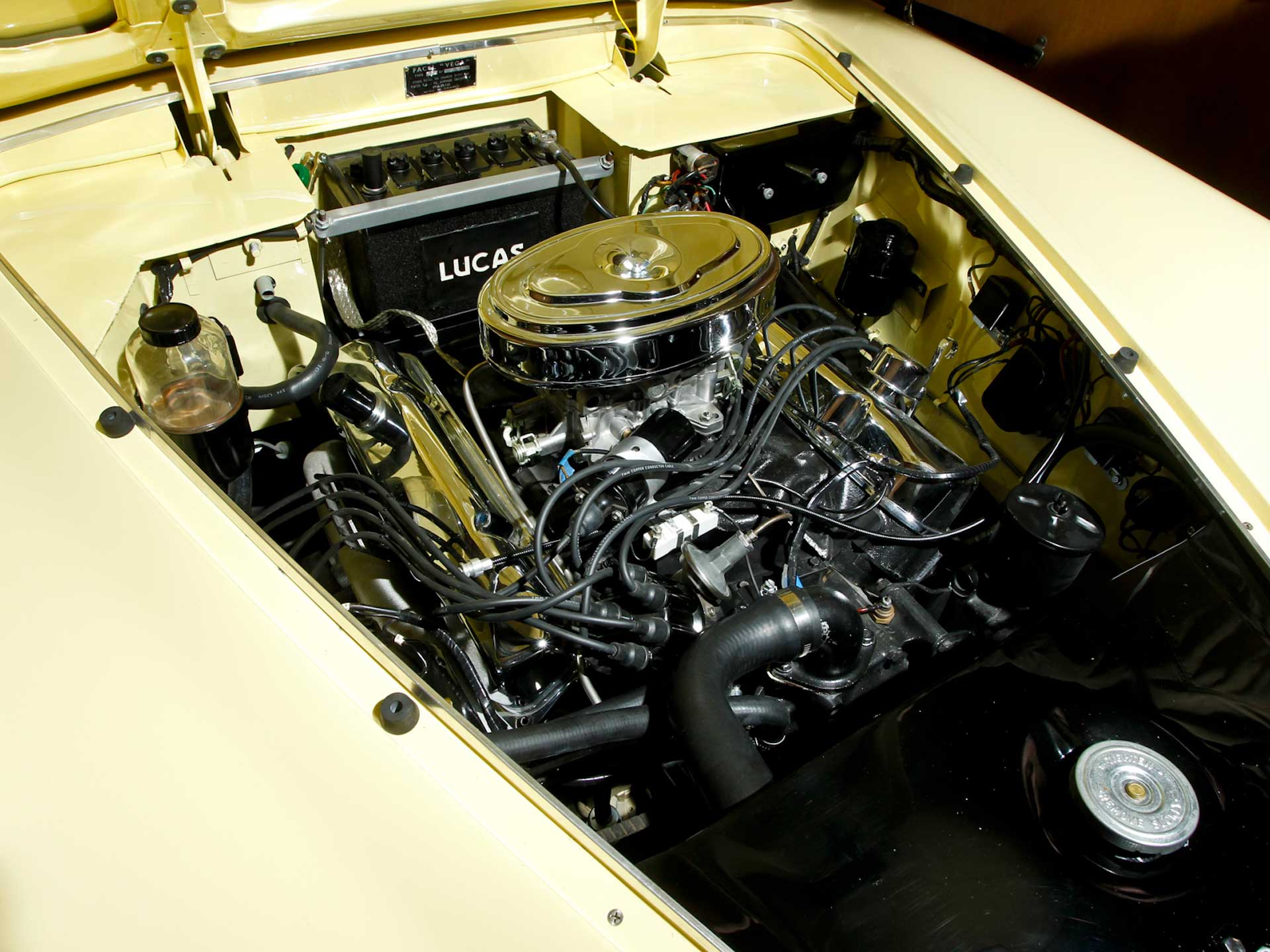 Facel created about 850 of these hand-built masterpieces before revising the basic concept for the lighter, more potent, even more crisply styled 6.7-liter “Cyclone” V8-powered 1962-64 Facel Vega II. Just 180 of these were made, and their prices invaded Rolls-Royce territory.

Facel’s advertising slogan reflected this exclusivity, “For the Few Who Own the Finest,” as did its client roster. Pablo Picasso, Joan Collins, Tony Curtis, Christian Dior, Ava Gardner, Princess Grace, Debbie Reynolds, Frank Sinatra, Ringo Starr, François Truffaut and the Shah of Iran (who owned one of just about every amazing car of the era) were all on the list. Albert Camus died in a Facel Vega, though he didn’t own one; it belonged to, and was crashed by, his publisher. And for fans of animated Gallic rodents, one of the bad guys in Ratatouille drives a Facel Vega.

The cars continue to command the attention of collectors, though not to the extent of blue-chip contemporaries like the Ferrari 250, Aston Martin DB4 and Mercedes-Benz 300SL. According to the Hagerty Valuation Guide, the bible of the collectible vehicles market, the price for an early FV1 is around $130,000, an HK500 averages around $140,000, while an average Facel II is over $350,000. Pristine examples can go for significantly more—as much as double. A top-notch 1964 Facel II recently sold at auction for over $500,000. Of course, that one belonged to Ringo. Suffice it to say that the valuation trend points upward, sharply.

For people like Ruhé, though, the investment in a Facel Vega is lifelong. “She is like the dearest woman in your life,” he says. “Beautiful, elegant, self-confident and with brains. Always well-humored and willing to share your ideas and adventures. Dependable, honest and so nice that you do not have the slightest wish to want another one. Provided she is treated well, she’ll never let you down.”