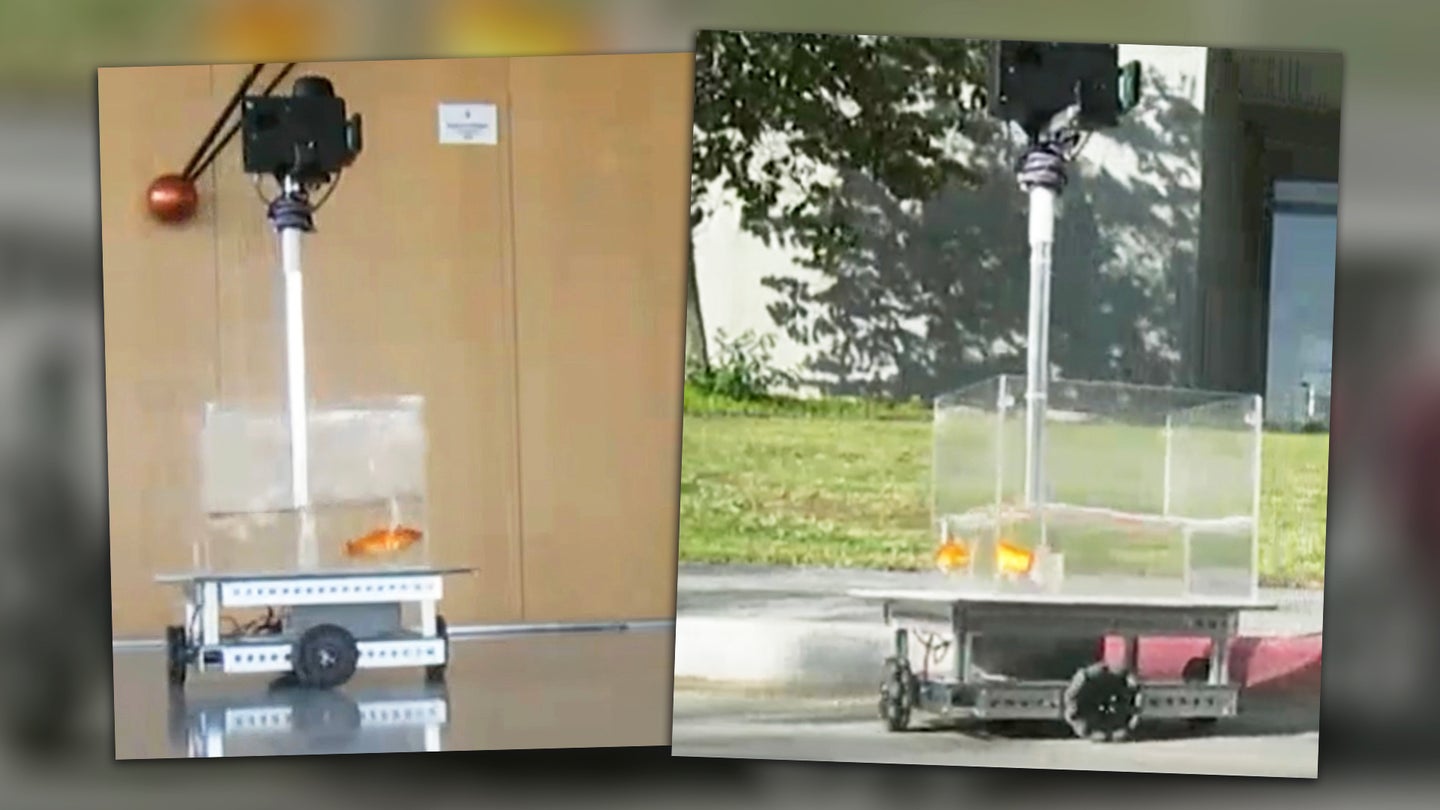 Scientists often create elaborate studies in order to tease out secrets and truths from the animal world. One such work has recently been published, with a group from Ben-Gurion University hoping to determine the true nature of a fish's navigation capabilities, as shared on Twitter. Several goldfish were tasked with driving a robot towards a goal, with the sea creatures proving more than up to the job.

As per the paper available online, the apparatus for the test was relatively straightforward. Goldfish were placed in a small transparent tank of water placed on top of a robot chassis. A camera mounted above the tank tracked the fish's position and orientation. If the fish swam outward towards a given wall, the robot would move in that direction. When the fish drove up to a pink target on the wall, they would be rewarded with food.

Initially, the six fish in the study drove around largely at random. However, tests were regularly performed three times a week, and the fish quickly began to learn that if they drove over to the target area, they would receive food. Over time, the fish became more capable, and could trigger the reward mechanism more times in a single given 30 minute test session.

The researchers wanted to further determine just how well the fish had learned to understand their terrestrial environment. The starting position in the room was changed, and the fish were still able to navigate to the target for a reward. Similarly, adding decoy targets of different colors in the room did not stop fish from achieving the task.

As a further test, the pink target was moved to a different location in the room and the fish were tested again. Initially, fish drove towards the old target location in an attempt to receive a reward. When none was forthcoming, the fish eventually learned that the pink target itself was the key to the task, and began to drive there instead.

The study suggests that a goldfish's navigational abilities are not solely limited to the underwater environment to which they are accustomed. Indeed, a fish can learn to drive a robot in order to secure food. Furthermore, the tiny creatures are also able to build a greater understanding of their world, proven by learning that reaching the pink target, and not simply the original target location, is key to receiving a reward. It also helps clear up the widely-disproven myth that the common pet fish only have a 3-second memory.

We've seen similar studies before, which may seem frivolous, but they teach us a great deal about how organic brains work and their true capabilities. We're still likely a ways off from teaching dogs to drive cars, but such insights are of key importance to learning about animal behavior. Creative test design is key to really determining what's going on inside the brain of a goldfish who otherwise can't tell us what's going on, as ably demonstrated by this study.