How These Apple Engineers Are Taking On the Automotive Aftermarket

The men behind the iPhone and iPod have created the world's most advanced retrofit backup camera. And that's just the beginning. 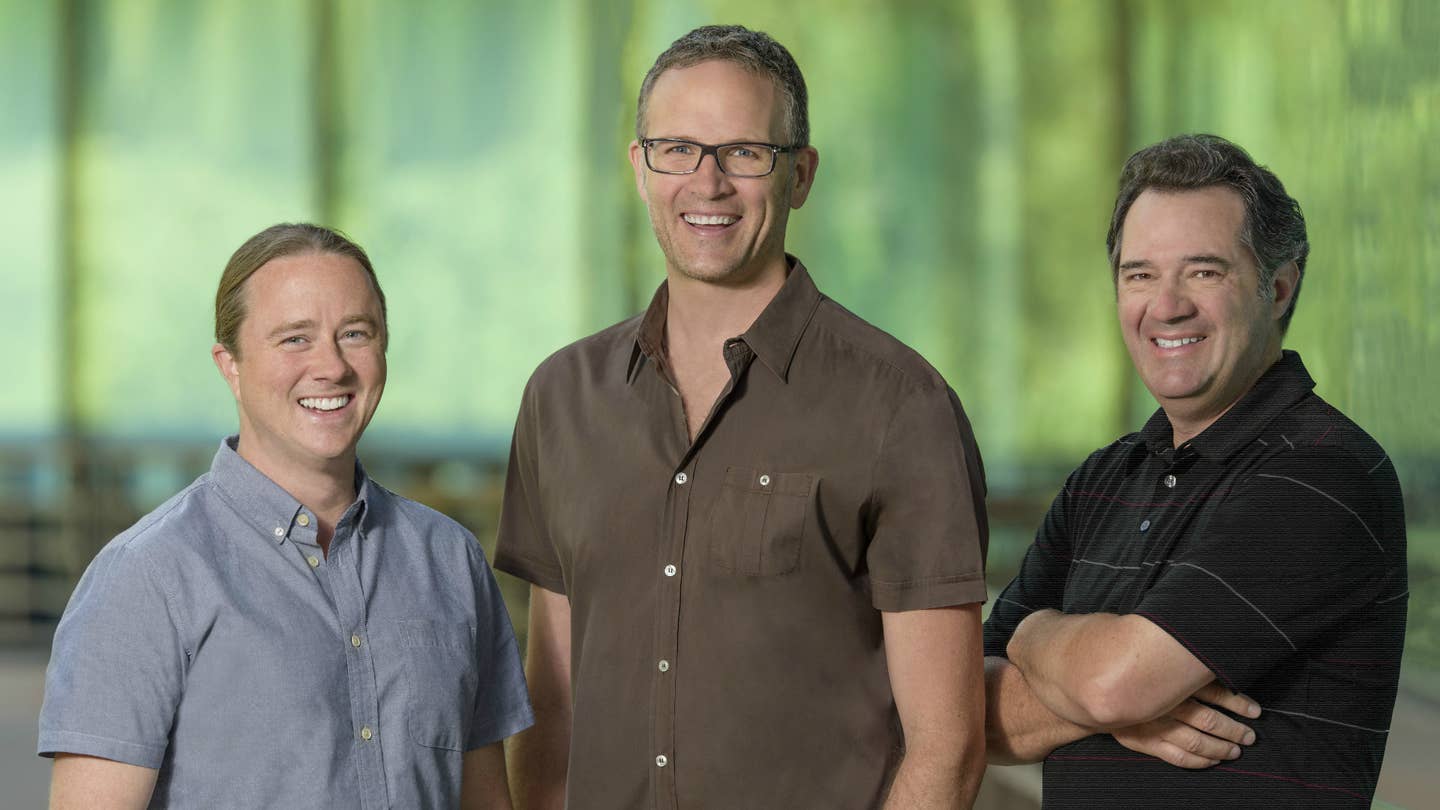 On the surface, it’s a neat product story, if not particularly enthralling. Today, Silicon Valley upstart Pearl Automation Inc. released its maiden product, called the RearVision. It’s a simple setup. There’s a diecast aluminum license plate frame with two cameras embedded, plus software in the form of an OBD plugin. The whole deal syncs wirelessly with your smartphone, offering a 180-degree field of vision. From the OBD port, the RearVision gathers transmission and speed info, automatically kicking in once reverse gear is selected, then shutting off at 10 mph and above.

But there are a few things that make the RearVision interesting. First, the system runs off solar power, with a panel integrated into the frame, from which it can draw a claimed week’s charge from a single day of sunlight. Also, it requires no special installation, just swapping out a license plate frame. Oh, and that 70 percent of Pearl Automation’s workforce is made of up former Apple engineers. Then there’s this blog post from Pearl’s founder and CEO, Bryson Gardner, formerly the lead product developer for the iPhone. A few sections of interested, cut and pasted below:

Cars last longer than ever and are quickly left behind by the rapid pace of new technology. The industry’s ability to keep them up to date is fundamentally limited by 6-7 year design cycles and how few new cars are produced and bought every year. Historically new features, from airbags to antilock brakes, have taken 30-40 years to reach widespread adoption. The future will be no different, unless we re-think things.

Should we really be waiting this long? Why not use the very same technological building blocks of the autonomous future to help every driver on the road today? ADAS [Advanced Driver Assistance Systems] technologies, such as the backup camera, blind spot warning and forward collision warning, are available in some new cars and have clear benefits, and these new technologies are just too important to limit to only new cars.

We know that technology accelerates more quickly than the auto industry can adopt. We are going to fix that problem through the aftermarket, enabling many more people to have access to driver assistance and autonomous features and eventually full autonomy.

Gardner’s proposal about retrofitting features has been the lifeblood of the automotive aftermarket for years. His focus, entirely on safety, is a bit refreshing. But tech is moving faster than ever, and cars are becoming too difficult for laymen to work on, even as much as simple maintenance. Each of these ADAS technologies—from lane departure warning to tire pressure monitoring or active headlights—are designed on a specific combination of hardware and software. Creating a line of simple, easily adaptable, highly effective and aesthetically pleasant devices seems like a big challenge. Then again, so was inventing the modern smartphone.

At $500, the RearVision seems like a fine alternative to a full-blown OEM retrofit; if you’ve got kids and a driveway and an old car, pre-ordering one might be a worthwhile investment. But, mostly, keep an eye on Pearl Automation as a company moving forward. This is a group of very, very smart people (Gardner’s co-founders, Joseph Fisher and Brian Sander, developed the iPod) with fresh eyes on the automotive aftermarket. If nothing else, seeing them take a hack at, say, creating a system that adds self-parking, should be fascinating. Again: Simple, easily adaptable, highly effective and aesthetically pleasant. If anyone can swing it, it’s these folks.