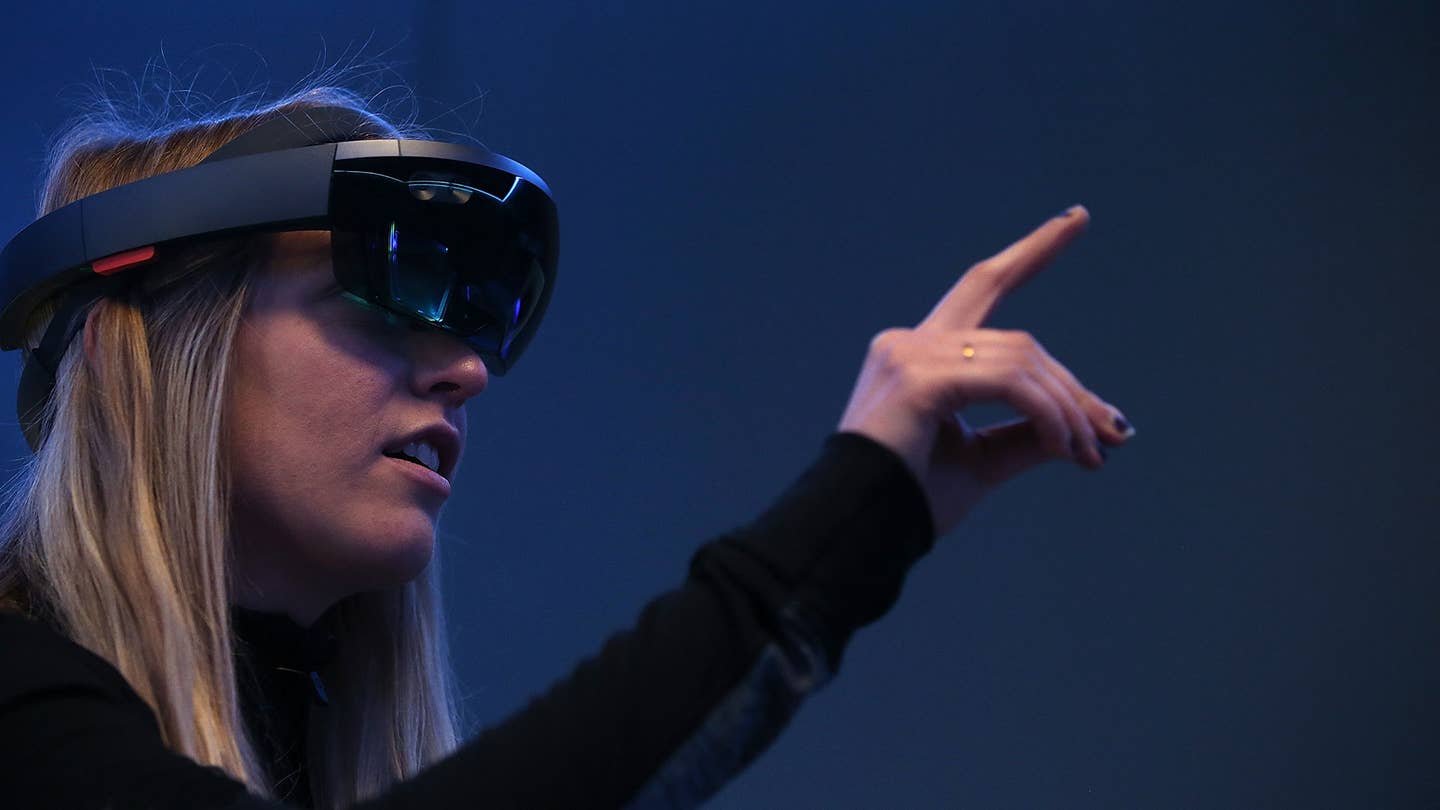 Toss that greasy set of Chilton shop manuals, strap on a virtual headset and glimpse the future of wrenching: Mechanics may soon use Augmented Reality (AR) to visually walk through every repair.

Say goodbye to owner’s manuals – honestly, did you ever say “hello”? – and free your glovebox for handguns and condiments. From skilled technicians and designers to the all-thumbs guy trying to change his own oil, Vuforia’s AR platform could be a game changer.

“It’s like a head-up display for your life,” said Jay Wright, senior vice-president at Vuforia for PTC, a description that appears destined for interactive billboards. “We need so many step-by-step instructions, and this kind of intuitive, visual guide can be really powerful.”

KTM motorcycles demonstrated how Vuforia could allow even inexperienced technicians – a vexing issue for many motorcycle brands, with small or independent shops scattered around the world – to diagnose and perform repairs faster and better, with little translation or training required. Asked to fix a KTM Duke 390 that’s consuming too much fuel, a tech points a digital tablet that overlays 3D images of parts, locations and procedures atop the actual motorcycle. A virtual screwdriver floats in midair, guiding the tech to the panel he must remove to access a Lambda probe that’s causing the trouble. Where dealers today invest serious time and money in off-site training, workers could develop skills on-the-job, dramatically boosting efficiency.

“The first time I see it, I’m already learning and being productive in the task,” Wright says. For a Carhartt-clad tech, “It’ll be like seeing fire for the first time.”

Hyundai’s groundbreaking virtual owner’s guide for the 2015 Sonata replaced a roughly 700-page doorstop of a printed manual. Point your phone or tablet at the Sonata’s engine bay to get overlays and service instructions for those mysterious receptacles; an owner need never pour washer fluid into the oil reservoir again. All 16 trim and package levels of the Sonata are scanned in, allowing a virtual walk-through and explanations on everything from warning lights to interior functions.

Vuforia, acquired by Massachusetts-based PTC last year, has become the leading AR toolkit, with some 200,000 developers and more than 200 million app downloads for various Apple, Android and Windows phones and tablets. But for grease monkeys or designers, the real hands-on advances demand hands-free devices, with Microsoft’s Hololens pointing to the next generation beyond ill-fated Google Glass.

“The real efficiency comes with devices on your head, and we’re on the brink of those devices becoming available.” Wright says. Initially, "those devices will be at enterprise price points, a little bigger and heavier, with battery life not as long as a consumer would want.”

That Hololens is already showing what techs, designers or salespeople might do. At a recent “Build” keynote demo, Steve Guggenheimer, Microsoft chief evangelist, showed how Vuforia could dramatically boost a Caterpillar salesman’s game. Using a Surface tablet, Guggenheimer converts a catalog image of a Caterpillar multi-terrain loader into a small 3D visualization. Wearing a Hololens, a woman levitates the Caterpillar from the page, blows it up and plops it onto the stage: A life-size AR Caterpillar that a customer could ooh-and-ah over, or reconfigure at will. People already buy cars on eBay, sight unseen, so It’s easy to imagine brick-and-mortar car dealers going all-Amazon, with shoppers kicking virtual tires.

Mini’s Vuforia-based Augmented Vision uses a headset display to show navigation or vehicle information. Its own showstopper is a version of X-Ray Specs: A driver can't see through their passenger's clothes, but they can virtually erase the car to reveal potential hazards, like a hipster skateboarder obscured by the passenger door. Hey, it could happen, especially in Mini’s precious virtual world.