For the price of a Vespa you can have your own tiny moon. 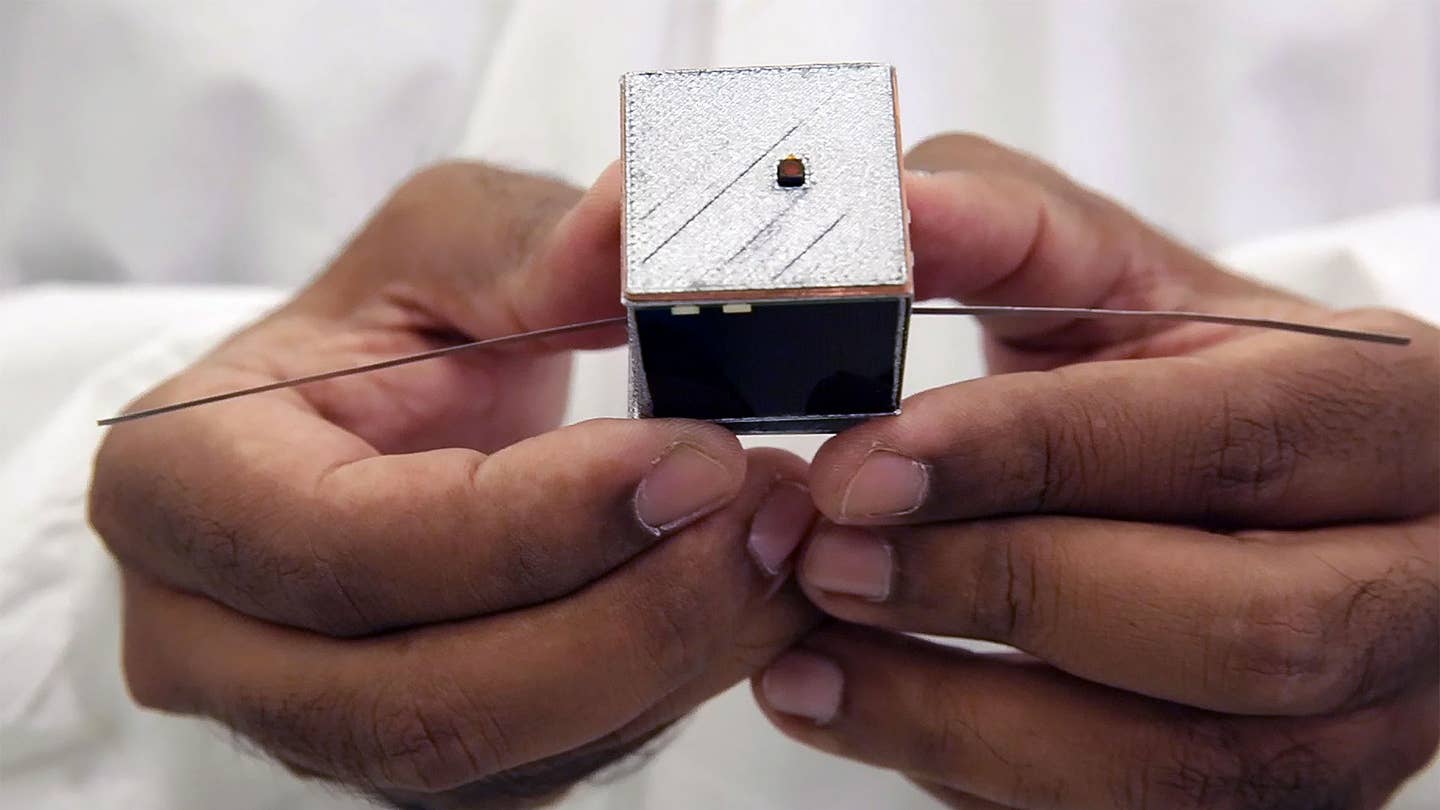 In 1998 Stanford and California Poly worked some sorcery on space exploration, introducing the CubeSat. About 11 centimeters per side and weighing 1.33 kilograms, it’s a tiny solar-powered satellite launched as a secondary payload. For instance, when NASA launches one of its huge Voyager-looking spacecraft, the payload bay would contain a box called a P-POD, and inside that P-POD are three Cubesats. After the Voyager is ejected, the P-POD opens up and a spring – just like a jack-in-the-box – hurls three Cubesats into low-Earth orbit.

The witchery comes in the CubeSat being around $50,000 to build out of off-the-shelf parts, with design-to-launch capable in three years, and costing about $100,000 to launch into space. That’s not couch money, but every one of those specs is orders of magnitude less than the equivalent for a traditional satellite; launch fees alone run from $60,000 to $70,000 per kilogram. Everyone from universities to NASA to the US National Reconnaissance Office to private companies is building them to take pictures, test future technology, land on asteroids, or conduct biology experiments. They’ve been called “The Model T of satellites,” 140 of them were launched in 2014 alone.

Professor Jekan Thangavelautham and two graduate students at Arizona State University’s Space and Terrestrial Robotic Exploration (SpaceTREx) Laboratory figured that if the CubeSat plays small ball, they could play smaller. Enter the SunCube FemtoSat, which is three centimeters per side and weighs 35 grams. One third the size and weight of a CubeSat, it diminishes every financial and time investment by more than an order of magnitude: the research team says a SunCube FemtoSat can be built in months for a couple hundred dollars, costs $1,000 to send to the International Space Station and $3,000 to put in low-Earth Orbit. The price could halve when reusable-first-stage rockets become the norm.

The low cost is enabled by off-the-shelf components – with great smartphones come great power – and DIY solutions like buying scrap solar panels at a discount and cutting them to FemtoSat size. The diminutive constraints mean limited electronics options, like UHF and S-band chipsets because there’s no X-band set small enough, but the team is working that out.

Thangavelautham and the two students happened upon the discovery while devising a solution to how to perform large satellite tasks with “swarms of disposable craft.” They say that three interconnected FemtoSats can be fitted with a propulsion system and be used to haul a payload or scan spacecraft in orbit for damage. They want to get their first prototype into orbit in 2017, the ultimate goal being “space for everybody.” And depending on who you ask, that could mean space junk for everybody, too.