How many ways can you say Suboptimal? Here’s 10 more.

One hour after publishing my "10 Best/Worst of Automotive Tech 2018," I realized it was too short. A "Worst 100" couldn't cover the universe of incompetence, stupidity, shilling, and prostitution in the automotive sector, let alone those hives of BS and assorted chicanery known as Mobility and Autonomy. So this holiday season my gift to you is this supplement, my 10 Worst Self-Driving Stories of 2018.

10. Waymo "Driverless" Waymo One "Launch" — From the guys who are supposed to be leading the idiotic "race" for self driving cars came the biggest disappointment so far: Waymo's long-awaited commercial launch. I have no doubt L4 self-driving vehicles are inevitable, but if and when you're in the lead, you need to execute. Waymo had long promised commercial service by the end of 2018, but "Waymo One" was little more than a rebranding of what they were already doing, safety drivers included. Ars Technica's dogged Timothy Lee found an actual passenger to talk about the service, and the brilliant transportation analyst Eric Paul Dennis really dismantled the reality behind Waymo One on Twitter. Both are must reads. I know some great people at Waymo, but this was really suboptimal.

9. Zoox "Drivered" Autonomous Vehicle Announcement — You'd think that after the Waymo One debacle no one else would wade into the self-driving trough of disillusionment. You'd be wrong. The trough exists because company after company — many with tens or hundreds of millions of dollars of funding — keep missing deadlines, or worse, keep making hollow announcements. The worst are those bending language to generate press releases to boost valuations. Which brings us to the impressive sounding press Zoox got last week: "Zoox Wins First Permit to Ferry California Public in Robot Rides", "Peninsula Startup Zoox Gets 1st State Permit for Autonomous Vehicle Passenger Service", "First Company Approved For Autonomous Passenger Vehicle Program". The average person might think autonomous vehicles are finally here. Wrong. According to the California Public Utilities Commission, Zoox is allowed to participate in Cali's first pilot providing "drivered" autonomous vehicles. So...not autonomous. This is another company where I have really smart friends. Zoox has some really brilliant investors. Come on, guys. Suboptimal.

8. Anthony Levandowski's Pronto AI Comes Out Of Stealth — The comeback no one was waiting for from the guy no one wanted to hear from, Pronto AI is "controversial" engineer Anthony Levandowski's (AL) new project. He has much to be ashamed of, from his super sketchy move from Waymo, to Uber, and on to ignominy. Lawsuits and investigations follow him like flies to flypaper. Why? Rumors of stolen tech, something something Lidar, and yet here he is claiming to have driven cross country in a self-driving car.

Oh...what's that just right of the rear-view mirror? That's a Panda, designed by George Hotz and sold by Comma.ai. Hotz is also controversial, but Hotz is also a genius who doesn't rip off other people's work and claim it as his own. How much additional code did AL write on top of Comma's open source L2 solution? That's right! Comma's Openpilot — which I consider the best L2 solution available today — probably deserves all the credit for whatever it is AL did. It certainly wasn't self-driving though. Not even Comma claims that. Whatever AL did, he has scant evidence. If you want to claim a record of any kind, you've got to prove it. Time-lapse video without third-party witnesses? What a crock. Here's a seminal article on evidentiary standards. Pronto.AI? Suboptimal.

7. The Boring Company Tunnel — Everyone knows I love Elon Musk, but that doesn't mean one should look past a truly weak demonstration of his magical mystery solution to LA traffic. See those wheels attached to that Tesla? That tech comes from old-school roller coaster technology, also known as "side-friction wheels", given up long ago by a sector where safety has to be #1, or people don't buy tickets. Check out this article deconstructing why, a rare piece of real journalism over at NBC. Sorry Elon, but this was...suboptimal.

6. The Self-Driving CEO Shuffle — Why do CEOs (step aside/get replaced/retire)? Unless they're old or get a better offer, it's because there's a problem. If they're young, it's because there's a major f*****g problem, and there seems to be a lot of this going around in the self-driving sector. "Visionary" Timothy Kentley-Klay of Zoox? Gone. "Genius" Kyle Vogt of GM's Cruise Automation? Replaced by GM's Dan Ammann. If you want results, put adults in charge. Pretending otherwise wastes time and money. Wasting time and money? SUBOPTIMAL.

5. Tesla Full Self Driving Pullback — Everyone knows I love Tesla (how many times do I have to repeat this to fend off the trolls?), but I also call it like I see it. Paying for Tesla's Full Self Driving (FSD) was absurd in 2016 and it's absurd today, which is probably why Tesla removed the option from their site. Will it ever work? As in reach L4 somewhere, sometime? I think so. But anyone who knows anything about self-driving technology understands the concept of geofencing. It's not when it will work, but where. Why are so many self-driving developers testing in southern states with good weather and moderate traffic? Because it will be easier to deploy there. Where will Tesla FSD work first? Wherever it's easiest. When? If you sign up for a 36 month lease today, even if you live in an optimal location, you're not likely to get L4 before that lease is up. If you do, it will be so limited as to make you wish you'd waited to pay for it. Oh wait! You can still pay for it now, but only through the Tesla app, or platform, or whatever, if you already have one. Elon, I love you, but these games are silly. Paying for FSD now? Suboptimal.

4. Audi Highway Pilot Delayed — Again, I love Audi. I've owned a lot of Audis. I really want Audi to succeed, and I don't feel that way about everyone. But...did someone say L3 semi-automated driving will be here in 2018? It depends on how one reads Audi's official press release from 7/11/17:

A lot of people

translated that to mean Audi will release an L3 system in 2018. I've been saying for two years that NO ONE can or will release an L3 system until someone develops and deploys a real Transition Warning System. I've yet to see one. The Cadillac SuperCruise system is decent, Tesla's is mediocre, and everyone else's is garbage except for George Hotz's brilliant Comma.AI system, which is aftermarket only. What happened to Audi's "piloted-driving"? Audi claims "a quagmire of legal, infrastructural and consumer issues" in the United States. Guess why those issues exist? The system isn't ready, or it lacks a transition warning system, or the very concept of L3 is flawed. Lame or suboptimal? Why not both?

2. Electrek & The Tesla Fanbois — I really want Tesla to succeed on the merits of everything good Elon Musk has done for the automotive industry. Better ADAS, semi-automation, connectivity, EV powertrains, fast charging, literally everything that's coming from the OEMs is coming sooner because Tesla forced their hands. Is Tesla perfect? No. But automotive history is chock full of scandals, liars and charlatans, and Tesla continues to shock, surprise and delight more than it disappoints, 100% of which is Elon Musk's work...and fault.

Innovation? Thy name is Tesla.

Alas, Tesla benefits from scores of fools, shills, and kneepad-wearing fanbois, few of whom appear to understand the technology behind the company whose stock they would seem to promote in daily tweets and blog posts. Safety, value, and quality are not served by the lies, stupidity and/or deliberate omissions foisted by sites like Electrek and countless fanboi's Twitter accounts, of which this one is the worst on my radar this week. To repeat, I love Tesla's cars, but the culture of fandom is rife with nonsense wearing the cloak of journalism and virtue signaling. There are too many examples to cite, so I'll cite my own critique of Fred Lambert, Electrek's petty and tempestuous propagandist-in-chief. His "coverage" is the most shameless PR journalism, lowering the bar for what "news" can and should be. When people's lives and wallets are at stake, the truth matters. Not partial truths. The WHOLE truth. Electrek is the tragi-perfect media outlet of our time, where facts and fake news dance around a fire of ethical conflict. I want to say it's suboptimal, but that would be an insult to others on this list, some of whom are at least trying to do something of value. Anything you might learn from Electrek is best read elsewhere, with context and fact-checking. As for Tesla twitter, follow Musk for entertainment, and Zoox investor Josh Wolfe for the counter-arguments. I don't agree with either of them all the time, but boy, these two make for great bathroom Twitter.

1. Larry Ellison Joining The Tesla Board — Ellison was an investor in Theranos, one of the biggest frauds ever to come out of Silicon Valley, and advisor to its CEO, Elizabeth Holmes. This is not how trust is built. The last thing Musk should want is to have something in common with Theranos.

BONUS SUBOPTIMAL STORY: David Pogue's Tesla Model 3 Review — Absolute garbage. Too many errors to list; here's my line-by-line fact check, which is a disaster for Pogue's credibility on pretty much anything IMHO. I wish the Tesla I'm about to buy was self-driving. But it isn't.

See you next year.

CORRECTION: Larry Ellison wasn't on the board of Theranos. 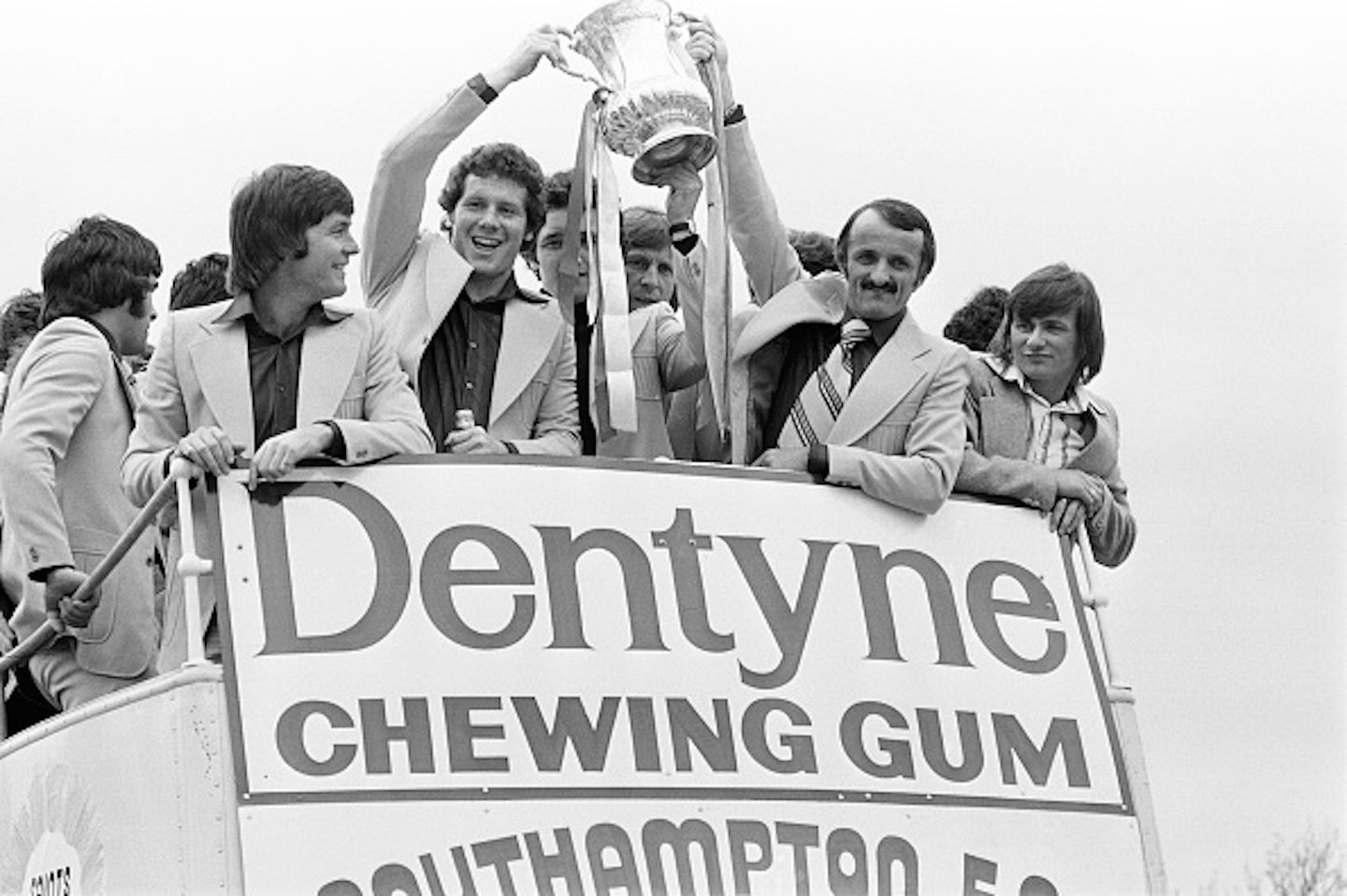 Because there’s too much going on to wait for December. 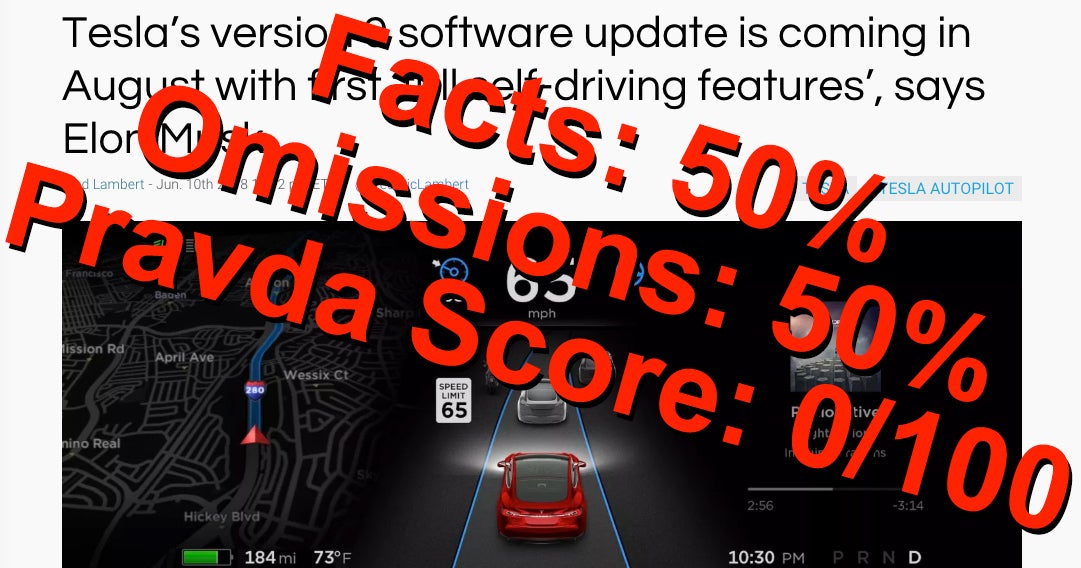 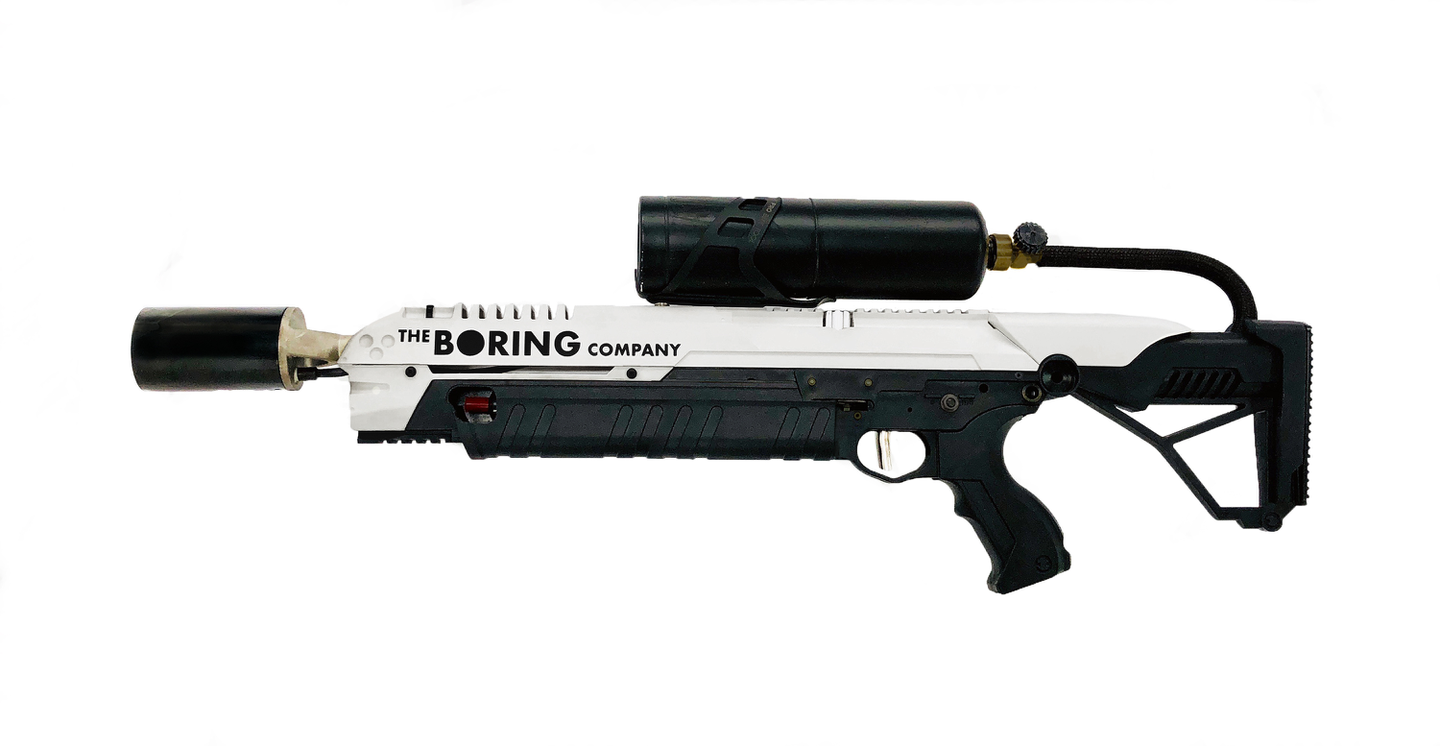