Buick Owners Can Now Buy ExxonMobil Gas From Their Cars

It’s yet another new feature for General Motors Marketplace. 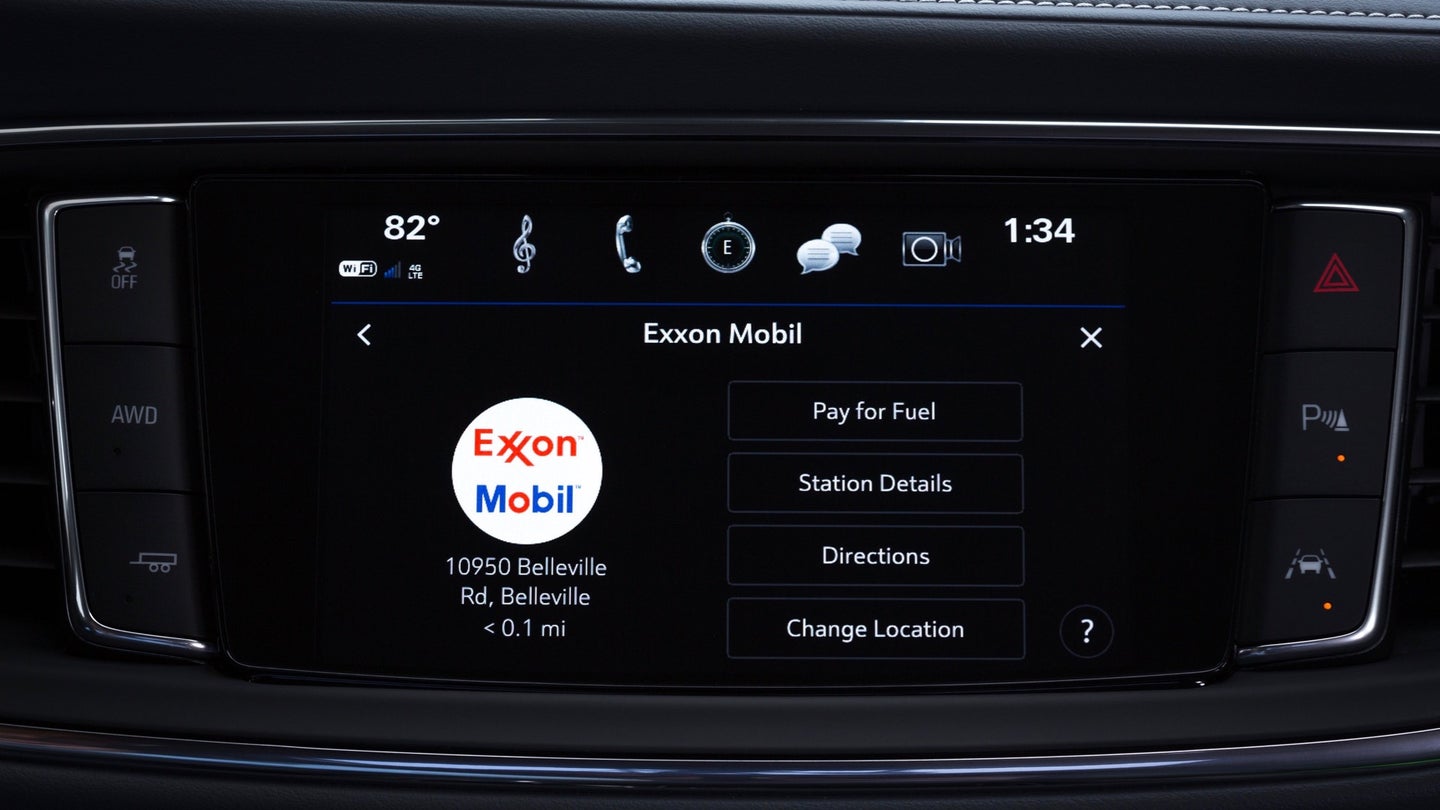 Buick drivers can now pay for gas at ExxonMobil stations through their dashboards, thanks to General Motors Marketplace. The service already allows drivers to do things like order food or find nearby hotels without leaving their cars.

Similar to the Shell fuel-payment feature already available to certain Chevrolet owners, Marketplace lets Buick drivers pay for gas using their cars' dashboard infotainment screens. Marketplace also syncs with drivers' ExxonMobil Speedpass+ accounts, so they can continue racking up reward points for the fuel they buy via their dashboards.

Buick drivers need to open Marketplace in their cars' infotainment system and select the relevant icon. After confirming their location, pump number, and payment method, the system automatically activates the pump. Marketplace can also guide drivers to the nearest Exxon or Mobil station.

Launched in 2017, Marketplace has been touted by GM as the next step for in-car convenience. But it's also been criticized by safety advocates, who believe ordering food or searching for gas stations from your car can be a dangerous form of distraction. GM has said Marketplace can be used with minimal distraction, and that its interface is simpler than a smartphone.

Paying for gas without having to get out of your car may seem convenient, but it doesn't set a very good precedent for the much-discussed connected-car future. Driving is one of few parts of the day where a person isn't bombarded with advertisements or opportunities to buy things, but GM has breached that barrier with Marketplace. If self-driving cars become a reality, they will create a captive audience of passengers for marketers to target.

2019 Buick Regal Avenir: Leaving the Past Behind

The full-sized sedan adds the Sport Touring trim to its lineup.

China still has a strong appetite for Buick sedans.