Coca-Cola and Cargo Partner to Profit off Ride-Hail Users 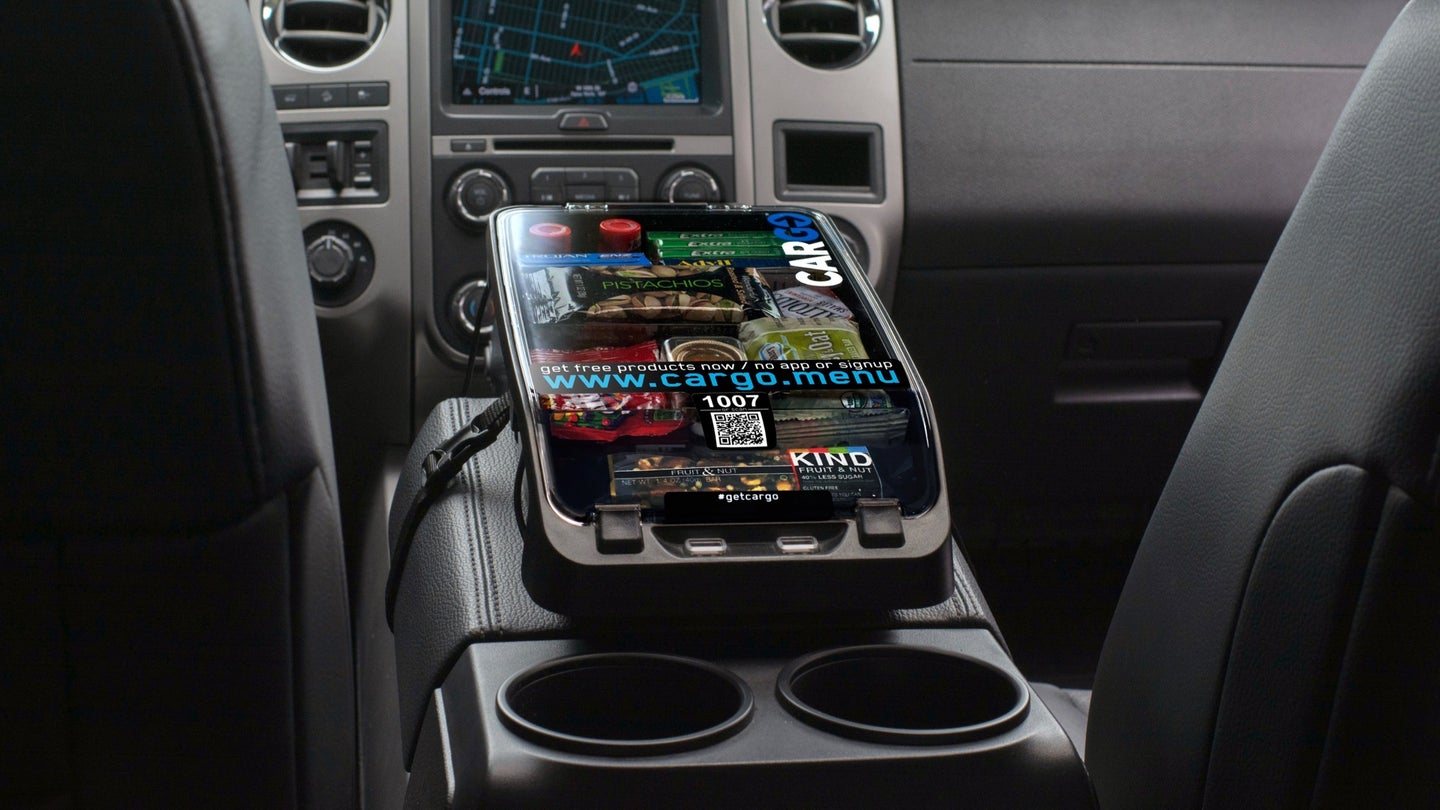 Cargo, the startup that places small vending machines in ride-hailing cars, is launching in Atlanta. So it teamed up with one of the city's best-known companies, Coca-Cola, to market products toward the captive audience that is ride-hailing passengers.

Cargo provides drivers of ride-hailing services like Uber and Lyft with small boxes that attach to their cars' center consoles. Passengers can order items through their smartphones by punching in the box's serial number, and paying with a credit card or digital wallet like Apple Pay. Once the transaction is complete, the driver gets a notification on their phone and hands the passenger their purchases.

Drivers are only supposed to hand things over while stopped, Cargo said, but playing flight attendant like this could still be a significant distraction. However, passengers' desire to get drinks and snacks and drivers' desire to earn a little extra money will likely override any safety concerns.

Cargo previously said that it pays drivers 50 cents per item distributed. Drivers are paid per item rather than as a percentage of sales because some items are free. As part of the Coca-Cola partnership, for example, passengers will be able to order complimentary Smartwater. Cargo claims drivers can earn up to $500 a month in "commissions, referrals, and performance bonuses."

In addition to Atlanta, Cargo currently operates in New York City, Boston, Chicago, Minneapolis, Baltimore, and Washington, D.C. The company expects its vending machines to be in 20,000 vehicles serving more than 25 million passengers in 2018. Time spent in cars was once one of the few reprieves from commerce in daily life, but the rise of ride hailing and the anticipated arrival of self-driving cars will likely put an end to that.