Noticing penguin droppings that hint at an undiscovered colony is one thing. Using a drone to find a 1.5 million supercolony of penguins is another. 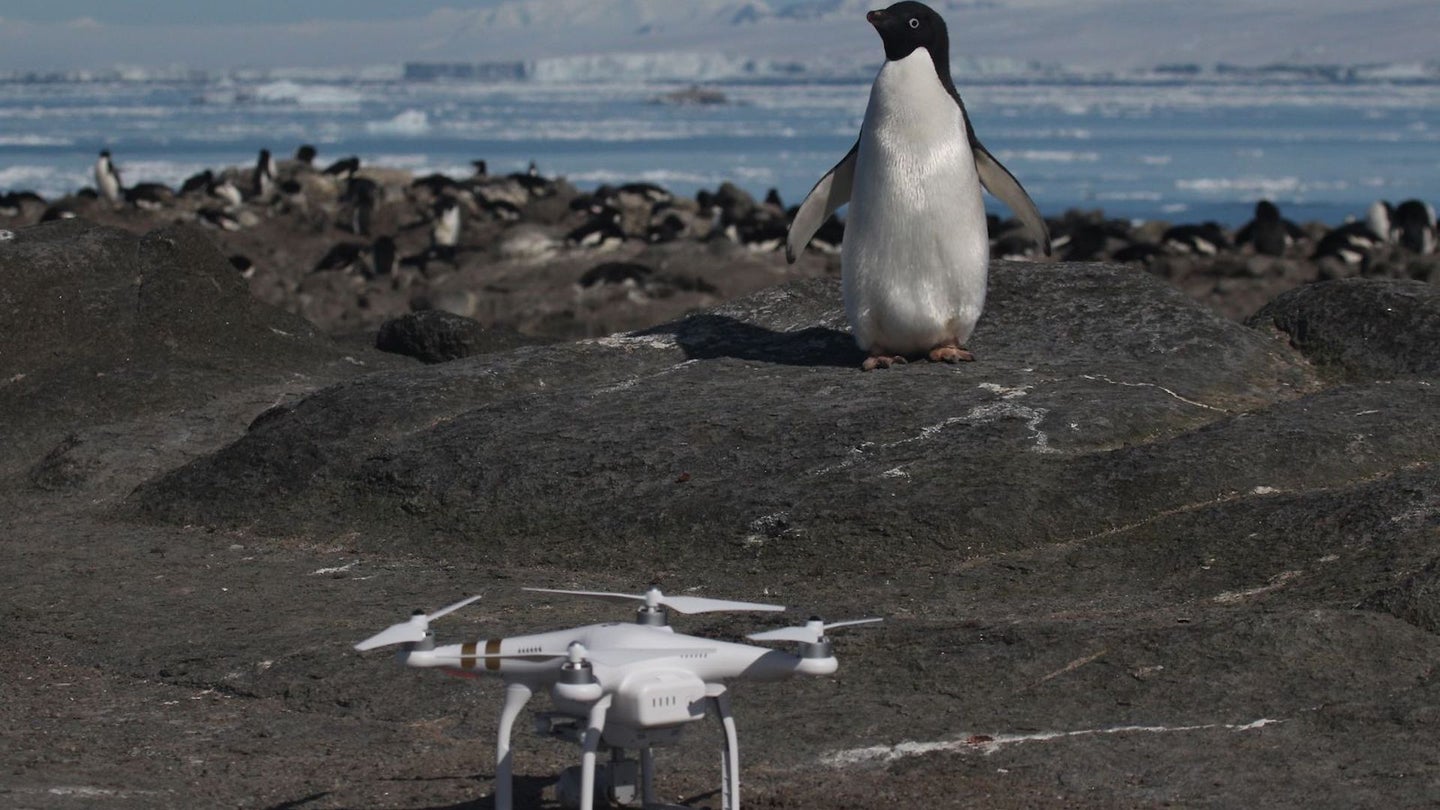 In 2014, Heather Lynch, professor of ecology and evolution at Stony Brook University noticed penguin droppings on Antarctica’s Danger Islands, thanks to NASA imagery provided by the administration’s Mathew Schwaller. These guano stains indicated to Lynch that there must be a substantial colony of undiscovered penguins in the area. In 2015, the pair partnered with Woods Hole Oceanographic Institution ecologists and various universities to explore the scene and confirm their hunch. Last Friday, the collective data was published, revealing that the expedition discovered an estimated 1.5 million penguins nesting in the area, all with the help of a drone.

According to Quartz, this supercolony suggests that there are more Adélie penguins on the Danger Islands than in the entirety of Antarctica’s northern peninsula combined. As described in the study published in Scientific Reports, it has proven to be a “major hotspot of Adélie penguin abundance.” Lynch was skeptical at first, of the satellite data provided by NASA. “When we first got these pixels of guano, I thought it might be a false alarm,” she said. Thanks to the advent of affordable unmanned aerial vehicles, however, her team could easily confirm that this wasn’t a fluke. “It wasn’t. We had massive penguin colonies that had not been known to exist,” said Lynch.

This breakthrough in environmental awareness of Antarctica’s penguin population came at a time where scientists were confident the species on this continent was in serious decline. The geography of this territory is apparently so difficult to monitor and traverse, that even during the less threatening seasons, it’s so “socked in with sea ice that it is very difficult to get a ship through,” as Lynch describes. While scientists were certain the penguin population was in steep decline, and the area is so unwelcoming to traditional methods of navigation, it was a drone that allowed for the world to know what was actually occurring on the Antarctica Peninsula.

Here's an aerial view of the scene, taken via drone, courtesy of Woods Hole Oceanographic Institution.

According to Quartz, the expedition used a quadcopter programmed to take one photo per second to aerially survey the Danger Islands. Once the drone completed its mission, the data was analyzed by an artificial intelligence-infused neural network software. Currently, the scientists responsible for discovering this massive population of Adélie penguins are adamant the territory should be labeled as a marine protected area. Regardless of where this new batch of information takes us, it’s important to note that without UAVs, this vastly significant find may never have happened.