But will Byton fare better than other electric-car startups? 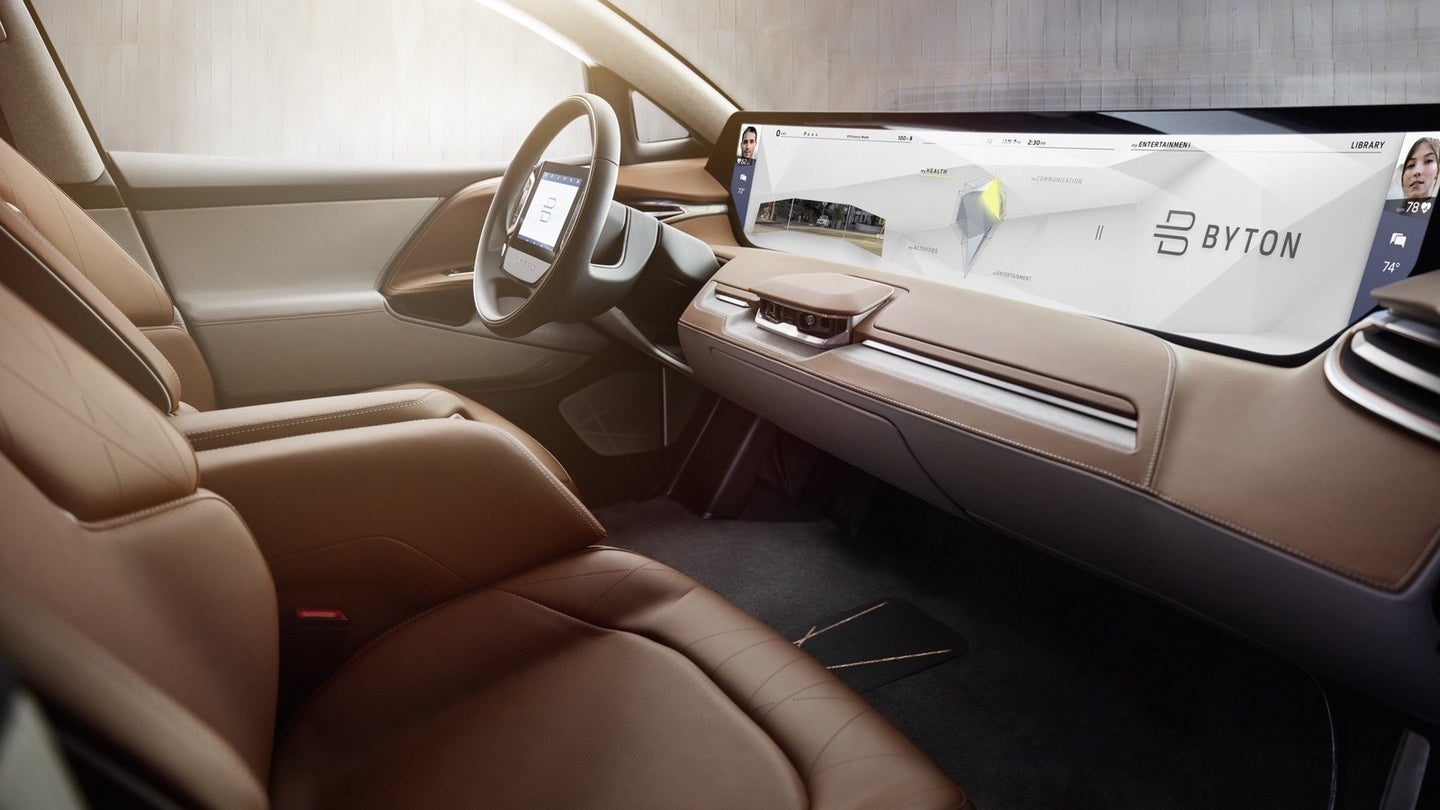 Byton is the latest startup looking to break into the electric car business. The Chinese firm will unveil what it calls an "all-new intelligent electric vehicle" at CES 2018 and plans to begin U.S. sales in 2020. But like all automotive startups, Byton faces significant challenges.

Befitting a vehicle unveiled at the world's largest consumer electronics show, the Byton electric car will focus on tech. The dashboard is dominated by a massive touchscreen that stretches from one end to the other. The steering wheel appears to have its own screen, too. Voice recognition and gesture control help vehicle occupants operate everything.

A cloud platform allows the car to automatically sync with a driver or passenger's devices and related apps, ensuring everything on their phones is also accessible through the infotainment system. The doors are unlocked using facial recognition.

Byton isn't offering any clues about exterior styling other than to say that external LED lighting and an illuminated logo will be able to "switch to different display modes to suit different driving scenarios," the company says. It's mum on details of the powertrain as well.

Byton says it has a factory in Nanjing, China, to produce its car. Chinese sales will begin in 2019, followed by U.S. and European launches in 2020. Byton will then use the existing platform as the basis for two additional models; a sedan and minivan. While Byton did not specify the body style of its first model, it's likely that it will be an SUV, given the current market obsession with those vehicles.

It all sounds good in theory, but one only needs to look at the struggles of Faraday Future to know that starting a new car company remains an expensive and difficult task. Byton faces the added challenge of trying to sell a Chinese-branded car in the United States. While Chinese-made cars like the Buick Envision and Cadillac CT6 Plug-In Hybrid are already sold here, it's unclear how U.S. buyers will react to a car with a Chinese brand name.

But Byton isn't the only Chinese firm eyeing the U.S. market. GAC, a more conventional established automaker, is expected to begin selling cars in the U.S. in 2019. GAC will also have a booth at the Detroit Auto Show for a second year in the row this year, possibly offering a preview of those U.S.-bound models.