We're doomed. We. Are. Doomed. 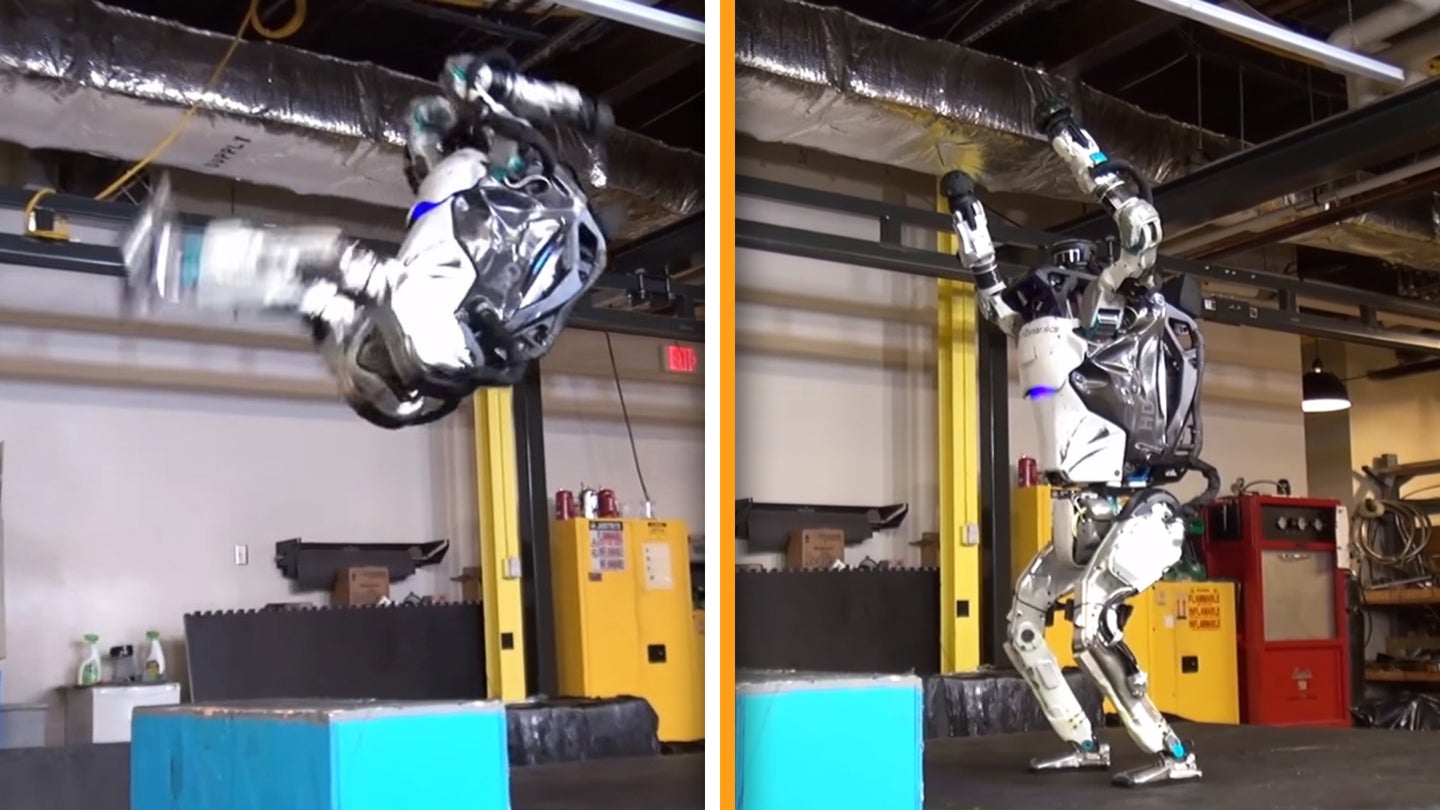 When the robo-historians of the twenty-third century look back to write the tale of these nascent years, they'll undoubtedly celebrate November 16, 2017 as a very special day. Why is that? Because that was the day Boston Dynamics unveiled the latest version of its humanoid robot Atlas and its newfound ability to jump, spin, and yes, backflip.

Now, we're not saying that the Softbank-owned Boston Dynamics is our real-life version of U.S. Robots and Mechanical Men or Cyberdyne Systems, but considering just a year and a half ago Atlas could be defeated by a simple shove, its progression is amazing. The video shows Atlas navigating a short obstacle course, jumping on and off a series of platforms before doing several 180-degree spins midair.

Not impressed? It then leaps from the ground up to a waist-high platform in a single, flawless move, does another 180-degree hop, and backflips off the box, sticking the landing like an Olympic gymnast (and celebrating like one too). And just like a person, Atlas had to practice this move to get it right—the video ends with an oddly-human outtake where the robot loses its balance and topples forwards after landing.

Putting aside the discomfiting thought that we're looking at the first soldier in an army of robot ninjas, it's truly remarkable how the firm's engineers have managed to streamline Atlas' motions and improve its balance by a large margin. This video also comes on the heels of the company previewing its SpotMini robotic dog, which also looks to have progressed in leaps and bounds over the last year.

And Boston Dynamics, if you're looking to assuage the public's concern a little bit, consider making a video of Atlas taking SpotMini for a walk. Nothing humanizes someone quite like a dog.