Nothing inspires optimism like hearing a company started an Indiegogo to raise money for a prototype. 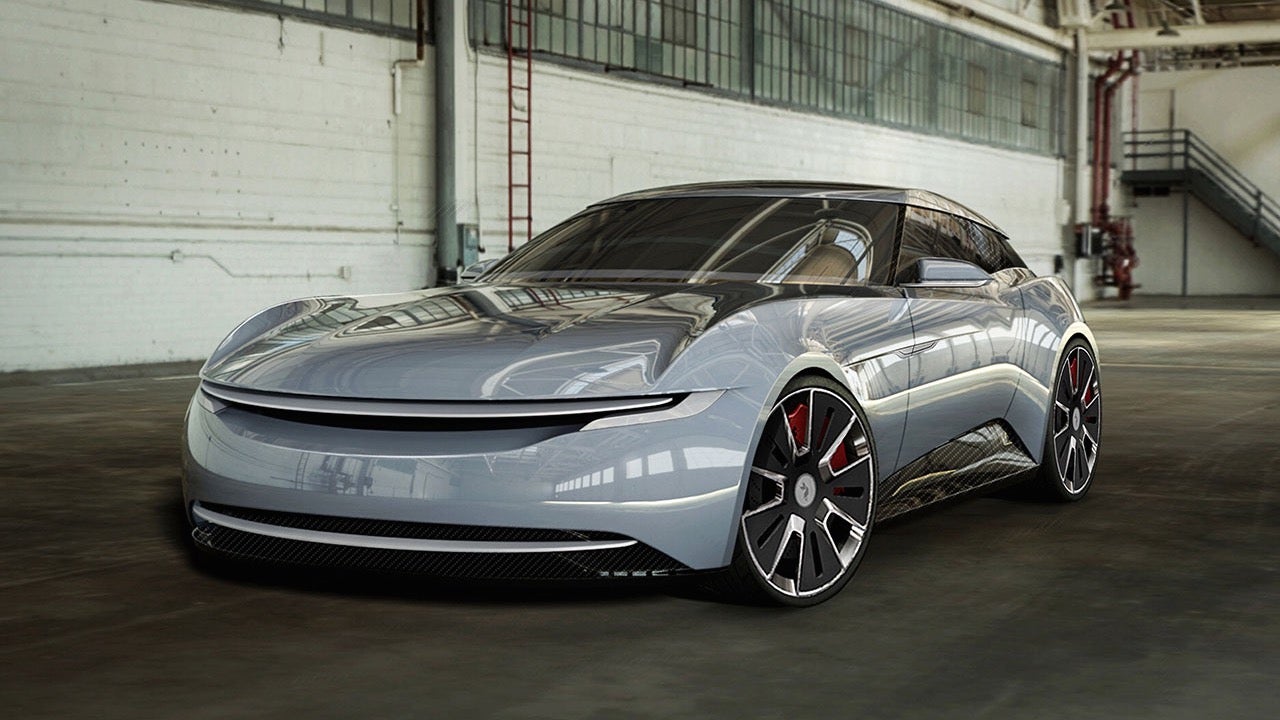 The success of Tesla has launch a horde of startups looking to build their own electric cars. From Faraday Future to Lucid Motors, everyone seems to want to take on Tesla; even established automakers are getting in on the action with their own luxury electric cars. Now another new company is entering the fray. Based in the United Kingdom, it's called Alcraft Motor Company, and its Alcraft GT has a claimed range of more than 300 miles. But like all startup automakers, Alcraft faces significant hurdles.

The Alcraft GT is a shooting brake with doors that flip up, Lamborghini-style, but are also reverse-hinged. The visor-like front fascia looks like a knockoff of the Lucid Air design. Credit for the design goes to Matthew Humphries, according to CleanTechnica, the man who designed the Morgan Aeromax. Interestingly, Alcraft has another Morgan veteran in its ranks: Charles Morgan, a member of Morgan's founding family and a former executive at the automaker, serves as Alcraft's Director of Innovation.

Alcraft's electric car is a far cry from Morgan's aggressively anachronistic products, though. It sports three electric motors, generating a combined 600 horsepower and 940 pound-feet of torque, which is is sent to all four wheels. The GT will do 0 to 62 mph in 3.5 seconds, according to Alcraft. Range is estimated at 200 to 250 miles if driven aggressively, but Alcraft claims north of 300 miles should be possible with a lighter right foot.

Alcraft is trying to raise £650,000 ($736,000 at current exchange rates) to build its first prototype, which it hopes to begin testing by 2019. The company is currently running an Indiegogo crowdfunding campaign to help raise those funds. If the GT makes it to production, Alcraft hopes to sell it for between $166,000 and $185,000.

But this British startup faces more challenges than just raising enough money to build a prototype. Designing and building a new car is a complex undertaking, something that many new companies and industry watches seem to take for granted. Alcraft will have to invest heavily in engineering as well as a factory, and once its electric car goes on sale, it will have to compete against a host of other models in this growing field.