Vandoorne’s McLaren-Honda is getting a full array of engine upgrades for Spa…which means grid-spot penalties for each component. 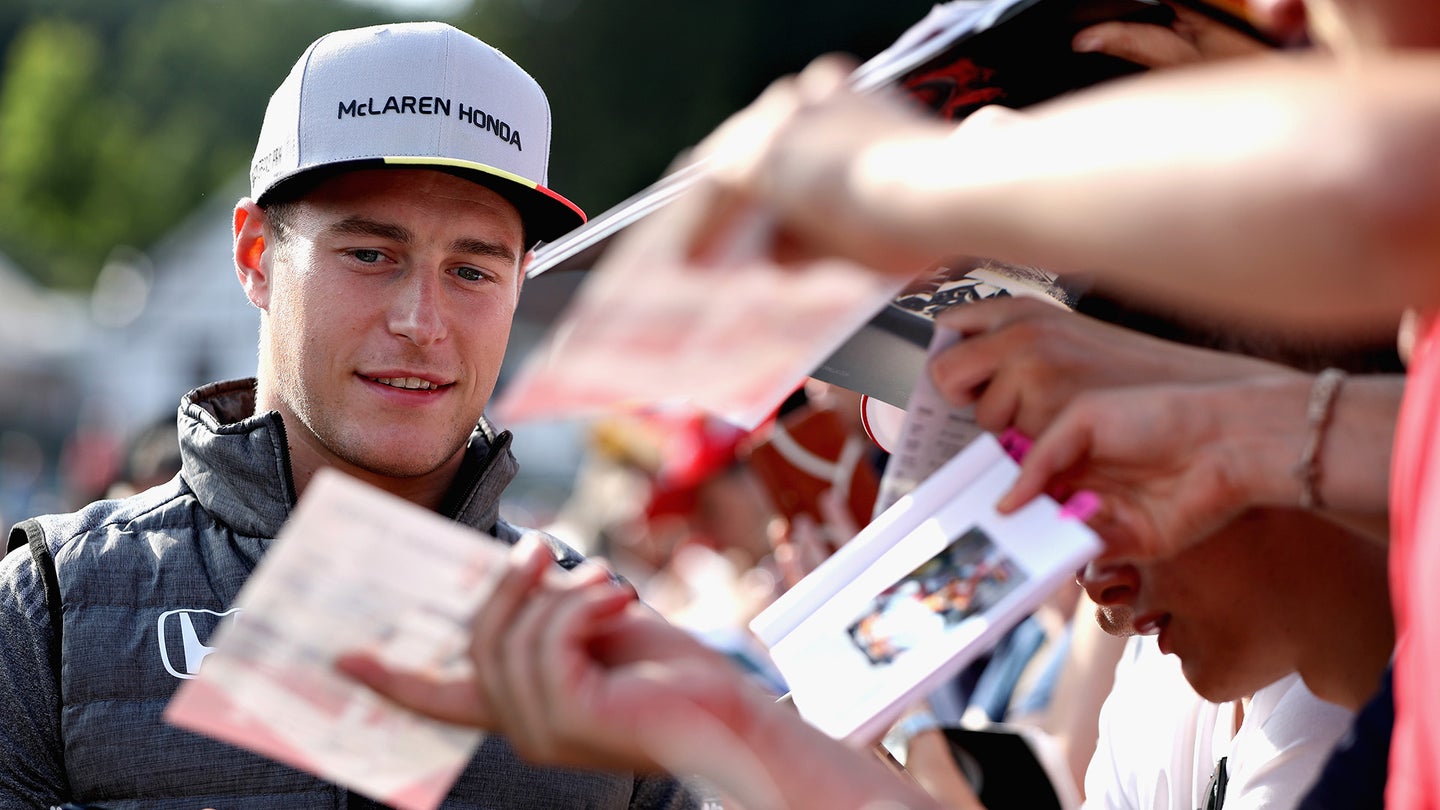 Just when things seem like they have turned a corner at Mclaren-Honda, something comes along and gives them a swift kick in the rear . Stoffel Vandoorne, who was just resigned by the team for 2018, is this week's lucky recipient of said kick.

Honda has been working overtime to make their Formula One power unit competitive. Before the summer break, things were looking up. In Hungary, Vandoorne and Fernando Alonso had their first double points finish of the season, and Alonso managed to get the fastest lap of the race. In the weeks before that, things weren't perfect, but there was a noticeable improvement in reliability and pace. Coming back from the summer break, Vandoorne had to have been feeling pretty good about things. Even though it's been a "character building" year for him, the team, he locked in his ride with Mclaren-Honda for 2018.

Then the team hit him with the "We've got good news and we've got bad news" routine. The good news is that Honda has made further improvements to the power unit. According to Racer, Vandoorne will be getting the "spec 3.6" power unit for his home race. That means he gets a new "ICE, MGU-H, MGU-K, turbocharger, energy store and control electronics." The car will be running better than ever.

The bad news is that, due to limits on how many of each of these components a driver can run during the season, the upgrades come with a 35-place grid spot penalty. Because of all the issues early in the season, the team has used up its allotment of power unit components.

But this was not unexpected. The team has known for some time that with every upgrade, at least one driver will be taking a huge penalty. Unfortunately, the big penalty comes for Vandoorne at his home race.

As disheartening as it sounds, Vandoorne is taking it all in stride. In the driver's press conference for the Belgian Grand Prix, Vandoorne said, "The penalties were kind-of inevitable with the issues we had earlier this season. Every new part we bring to the car now is giving us grid penalties. It’s a shame to start the weekend like that but with the weather here there’s maybe a lot of opportunities possible. So, we’ll focus and try to make the best of it."

Vandoorne is right: There may be opportunities to get to the front of the field during the race. If the upgrades are working well and the car is quick, he can easily crack the top 10. If there is rain or a safety car, he might be able to grab a few spots with the right strategy. Maybe by the end of the weekend, this little kick in the rear will lead to a big leap forward.