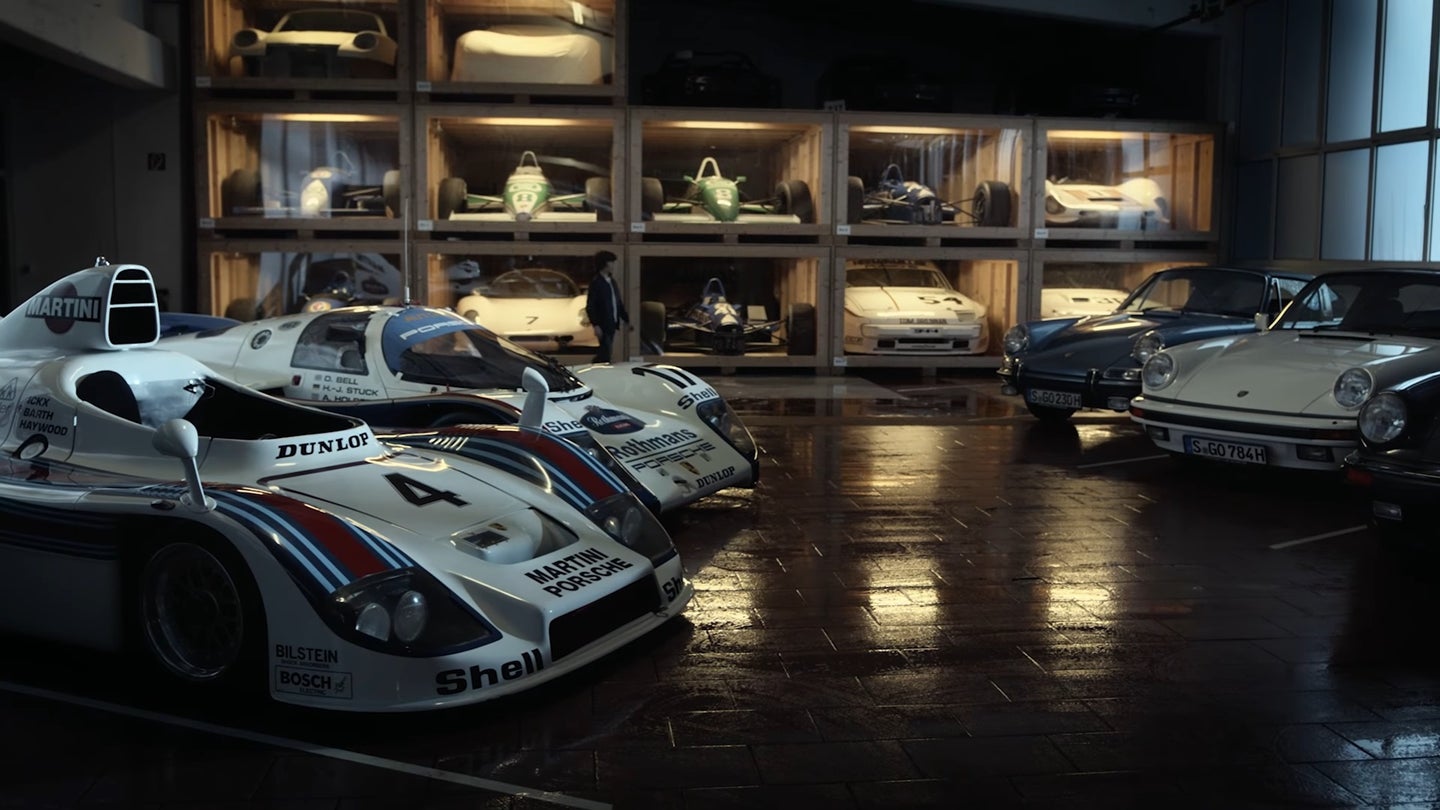 In this pre-season sizzle reel to get everyone pumped up for the WEC race this weekend, Porsche wants to remind everyone just how great they are at racing. Every car they've ever sold has been on the backs of their motorsports department. While the average car buyer has no idea what Le Mans is, or why it matters that Porsche has won at Sebring more than anyone else. They're oblivious to Porsche's forays into winning Dakar or building championship Formula 1 engines. This video is like an inside joke to all of Porsche's motorsport fans. This walk down memory lane isn't for the casual observer, this is for every Porsche fanatic that knows the difference between Group 6 and Group C.

The fascination of a child is all it takes to get this video rolling. Imagine yourself a young kid attending those epic and historically significant motorsport moments. The sights, sounds,

and  smells come flooding back. We've all spent time at the track watching Porsche dominate the competition. We've witnessed them win at Le Mans, or Daytona, or the Targa Florio. When you have a motorsport history with literally thousands of wins, it doesn't hurt to trot that history out for a bit of a promotional video every now and then.

The end of the video makes a bit of a spurious connection between the Panamera Turbo S e-Hybrid and the 919 Hybrid LMP1 car. I suppose Porsche has learned a lot about hybrid tech in their run at the top of LMP1 competition, and I suppose some of that will translate into trickle-down tech for road cars, but I can't help but feel this one rings a bit false. In any case, this is a fun little walk down memory lane, even if it is a very long lane and you spend just a fraction of a second with each memory along that lane.