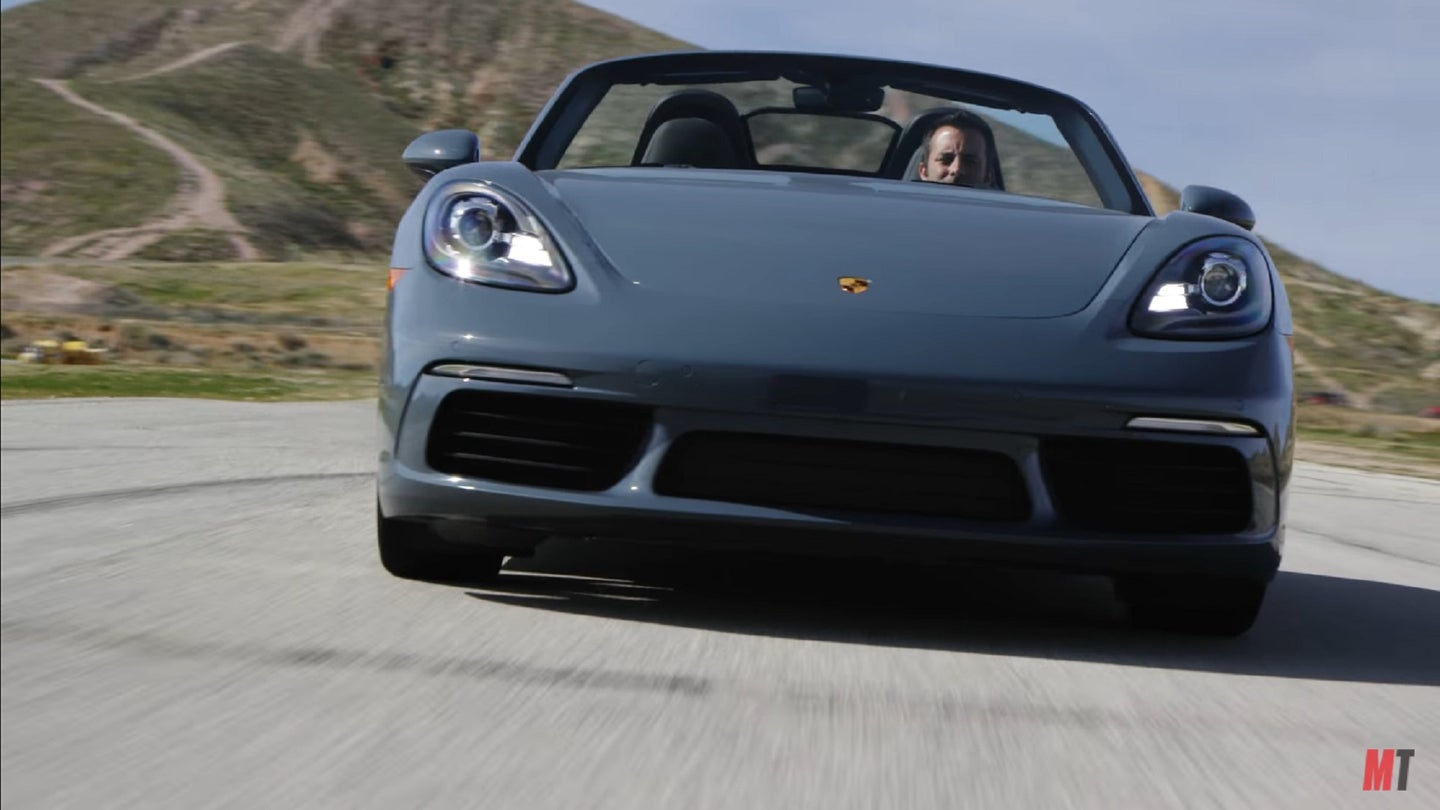 Since this video was initially released on MotorTrend's website, Carlos Lago, the host, has again left the company for Edmunds. That may be a bit industry insider, but it is significant in the fact that it was Carlos' last video production for MT's YouTube channel in an episode of Ignition, the show he previously hosted during his first stint with the magazine. Like those old episodes of Ignition, this one is still among the best automotive-themed videos online. It's only fitting that his final project here is a Porsche Boxster, being that he'd previously reviewed the 981 Boxster back in 2013.

As with every other review of the new 718 we've seen thus far, Carlos admits that the new car is faster, quicker, and more dynamically capable than ever before, but has lost some of its soul in the quest for higher performance. The new four-cylinder engine is more powerful and creates a mind-melting fast driving experience. The problem with outright capability, however, is that you really have to push the car well beyond the legal limits to make it feel like it's being pushed. If you drive the 718 at anything below 8/10ths, for example on a daily commute, the car feels a little on the boring side. In other words, it's stellar on track where you can wring its neck and set a fast lap, but on the street it's "too good" at what it does.

Also similar in this review to our own feelings about the car, the engine note falls a bit flat, not creating that desirable Porsche sound any longer. As Carlos notes here, the engine doesn't make you want to continue revving it up after the power falls off, whereas the old naturally aspirated engine had a more sports-car feel to it.

As Carlos describes it, "On track, the 718 had me giggling like a kid who has just discovered the magical world of fart jokes. On the road, I had the seriousness of a corporate accountant who has missed their morning coffee. The 718's transformation must be considered a success in terms of absolute performance, but you have to wonder if, in the quest for progress, something went missing along the way. "