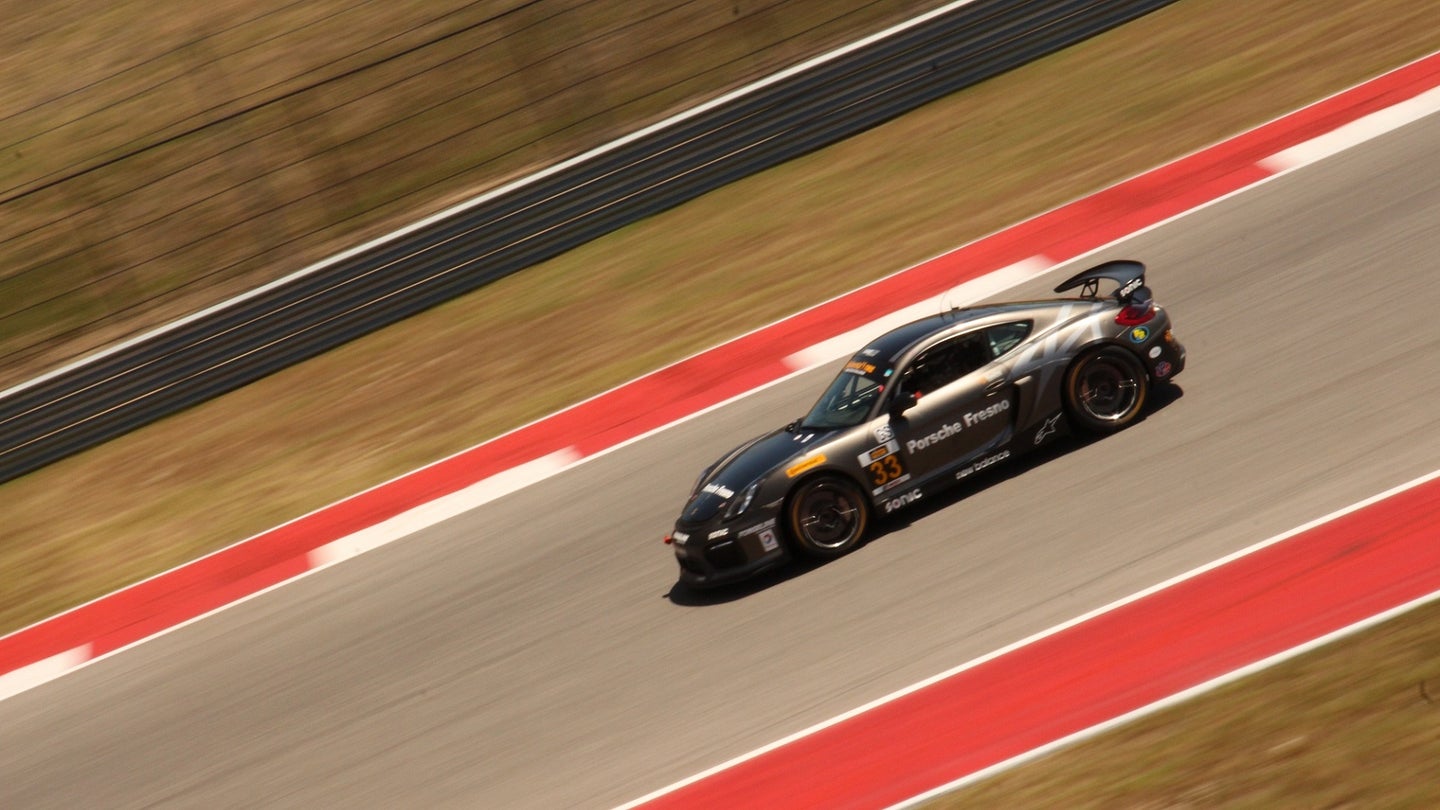 Having stayed in Austin the prior night, I did not have long to drive to get to the track, perhaps 20 minutes away. I love this circuit, and it's the third time I've seen IMSA run here in four years. I hadn't really planned on coming to this race, but being that I would be in Texas anyhow on my road trip, I figured it was worth coming to this year. With a few friends already committed to attending, it didn't take much in the way a cajoling to get me to show up.

Another late night and another late start got me to the track just before lunch, and just before the Continental Tire race. I decided to spend some time walking through the paddock capturing Porsches in their natural habitat. The 911 RSRs were sitting in their respective garages with the rear bodywork removed, allowing me to see the rear suspension setup and the lack of engine in the back of the car. You can see a lot of really cool details in those cars. There were also a few GT3R examples hanging around in the garages preparing for Saturday's IMSA race.

The series then offered a pit-walk open to the public, so I spent some time walking through, inspecting some of the cars, and talking to some of the drivers. We'll begin with the Street Tuner class. Competing against various Miata, MINI, and Nissan Altima are a handful of 987 generation 2.7-liter base Caymans. They ran an excellent race and finished Eric Foss ahead of Spencer Pumpelly. Keep an eye out on this space for that race broadcast and a race report soon.

Moving up the grid, I found the Grand Sport class competitors, including a handful of Cayman GT4 Clubsports from various teams. The competition from Mustang, Camaro, and McLaren in this category was quite stiff. I talked to Marc Miller prior to the race and he said he'd have enough in the car to take on the American Muscle cars, but the McLarens would be tough at COTA. Quite a prophetic statement that turned out to be.

During the race I took a nice hike around the track and captured just a few photos. Here's one that turned out alright.

Aside from sampling the Austin night life a bit, that's it for Friday. Saturday sees more racing, can't wait.