Forget Bullitt: This Scene from The Driver Is One of Hollywood's Greatest Car Chases 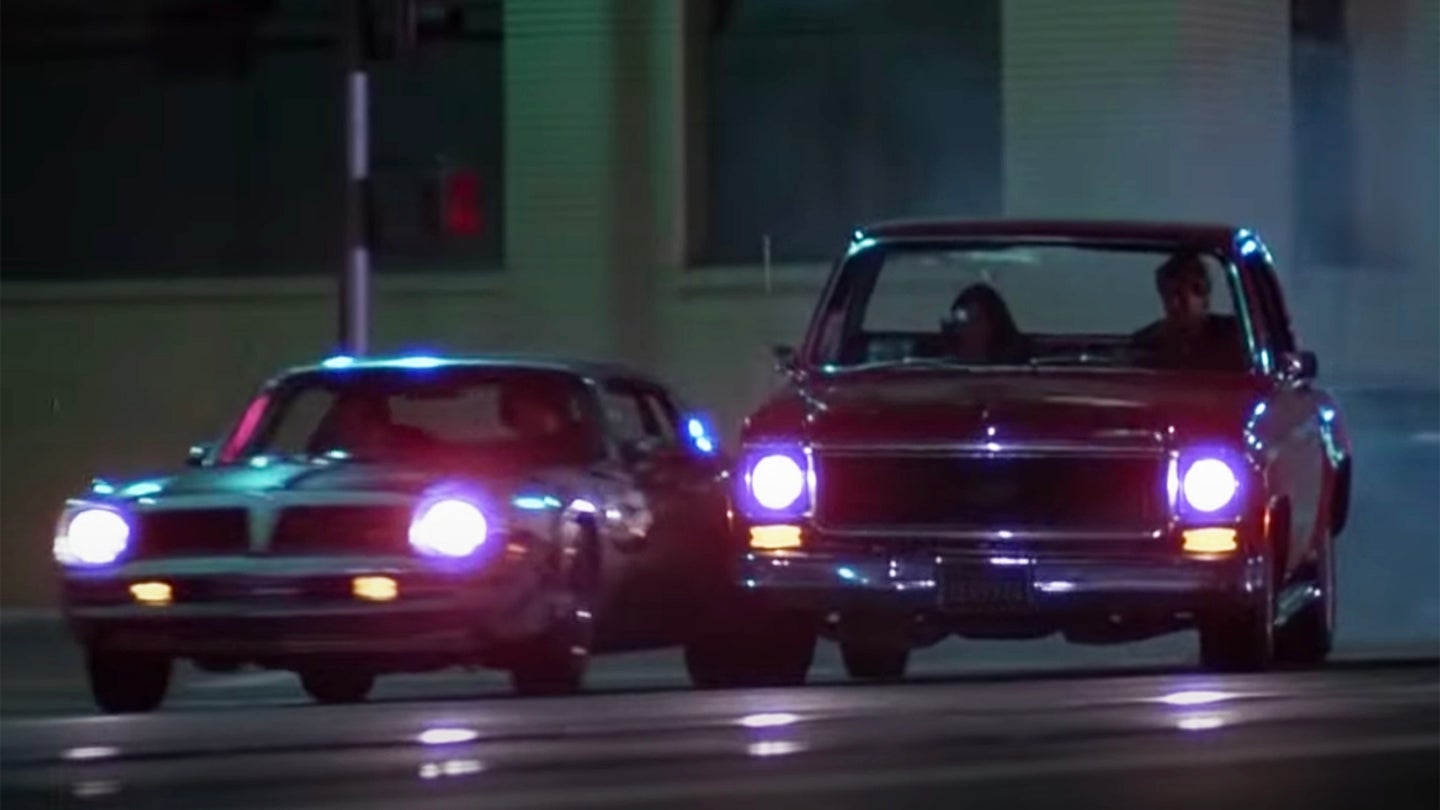 If you Google the greatest Hollywood car chases of all time, you’ll find no shortage of takes on the subject—yet this scene is criminally overlooked on nearly every list. A scene that I believe is better than Bullitt and Ronin. Yeah that’s right, I said Ronin. I’m talking about the final sequence from the 1978 film The Driver, which is quite possibly the purest example of what a Hollywood car chase should be.

The chase pits a 1973 Chevrolet C-10 454 stepside pickup against a 1976 Pontiac Firebird Trans Am with bad tribal tattoos. Like Bullitt, the chase feels an hour long the first time you watch it with no dialog or background music required. Camera angles place you right on the bumper as both cars Ken Block their way through downtown Los Angeles at night.

Throughout the chase the Firebird and C-10 spend most of their time going sideways. The cars handle as if they were completely stock which, given the era, they probably were minus a heavy duty parking-brake and a roll cage. The Firebird goes full-send in nearly every scene with the C-10 always a fender-tap away trying to run it off the road. In one scene the Firebird starts a four wheel drift from hat seems like half a city block away in order to make the turn at an intersection, and loses a wheel trim ring in the process.

Bare-fender boxing ensues as the C-10 hangs off the Firebird’s bumper until they reach an industrial warehouse containing maze of cargo. The Firebird smokes its tires at every opportunity for maximum cinematic style points while the C-10 eats up several hundred feet just trying to stop. The chase ends with a game of chicken between the two cars as they run full bore at each other. The Firebird turns screaming chicken by swerving first and launches itself off a corkscrew ramp nose-first into a steel beam before crashing down on to a loading dock.

It's not perfect—if you're familiar with downtown Los Angeles, the street-by-street sequence looks a little off at points, and there are a few awkward drifting cuts that verge on "excessive Fast & Furious shifting shots" territory in a few moments. But the whole thing is grounded in reality and feels like a raw, tense sensory experience instead of a typical set piece.

My guess as to why this scene is often overlooked is because, like Bullitt, the movie itself is very forgettable, and it further lacks an association with the King of Cool to keep it relevant. The Driver would be lost to the credit reels of history if it weren’t for its car-action scenes. The plot of the film is essentially a measuring contest between a professional wheelman played by Ryan O’Neal and an arrogant rule-bending detective played by legendary Bruce Dern. There is very little dialog throughout the movie and the tone of the film feels as deadpan as Steven Wright’s voice.

And yet, this film inspired the PS1 video game series Driver in the late 1990s, and Ryan Gosling appeared to have taken character cues from Ryan O’Neal’s portrayal of a lone wheelman for the 2011 film Drive. Bullitt's got the Mustang, of course, but The Driver will always have the moves.