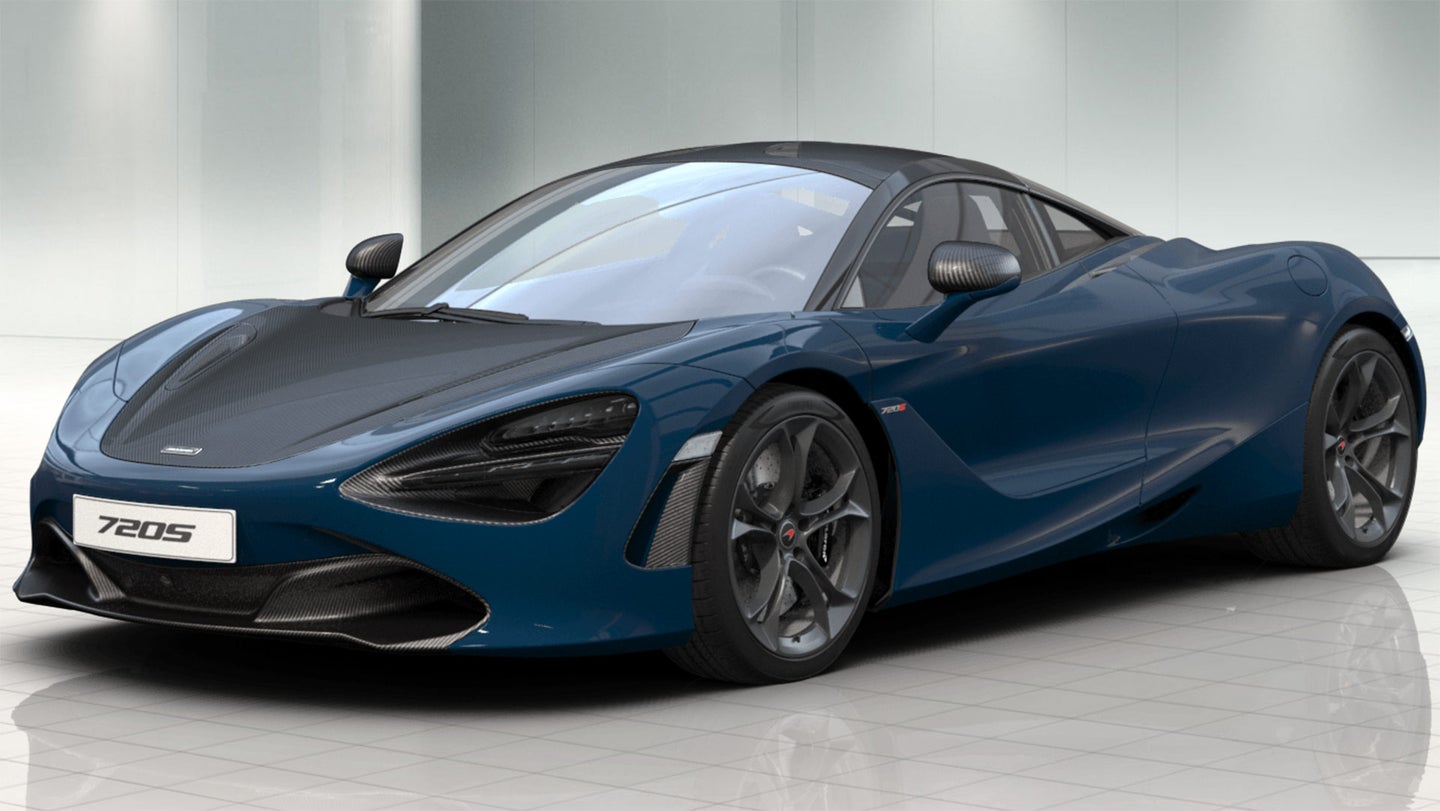 Work days can get pretty long and boring if you are not careful. So take a ten-minute break and check out McLaren’s online 720S configurator. Equipped with a wide variety of accessories, colors, wheels, etc, McLaren’s configurator is one of the better (i.e. more distracting) configurators we at The Drive have seen in a while.

Users are able to modify everything from the small hood scoops to the diameter of the exhaust pipes with the configurator, and unlike many competitors' online platforms, the modifications will actually show up on the virtual car. In other words, you can easily spend half the afternoon configuring a fleet of McLaren 720Ss for your dream garage. To keep ourselves from going insane, we are not going to count the number of different ways you can configure a 720S, but the number is up there with Mini’s impressive configurator.

Although everyone at The Drive has different preferences, a navy blue 720S with black wheels, carbon fiber diffuser and a sport exhaust sounds pretty nice to this writer. But everyone has their own tastes—which is why you should go build your own McLaren right now.