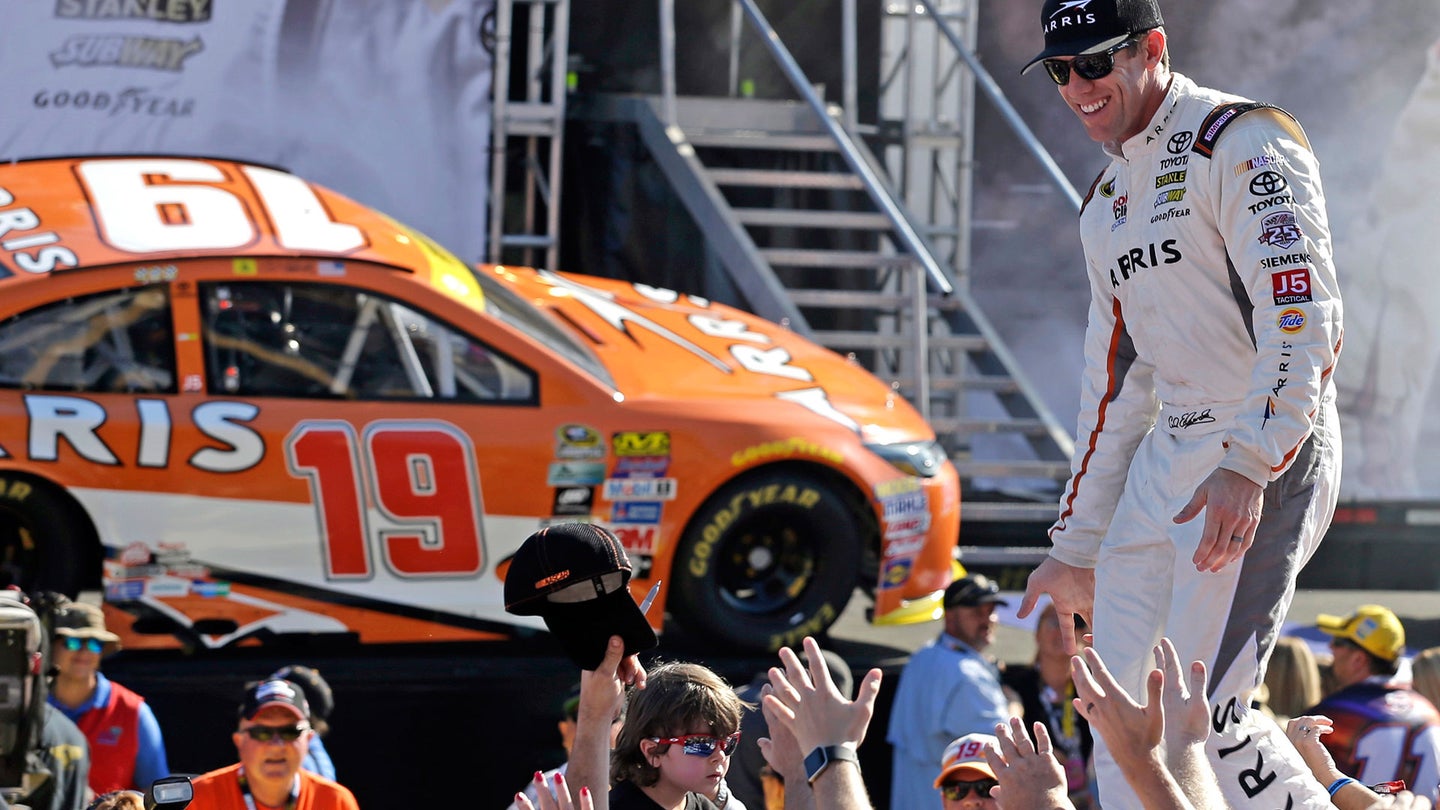 The good news: Toyota gets to run new bodywork based on the 2018 Toyota Camry. Both the street car and the race car debuted yesterday at the North American International Auto Show in Detroit.

The new nose should be the most important part of the race car, but count on NASCAR to blunt any real advantage it may have over Ford and Chevrolet in the interest of fair competition. Also of note: Chevrolet confirmed the slow-selling SS will be killed, and that’s the body Chevy’s NASCAR entry is based on. No word yet on what they will run in 2018, but the Malibu is the most likely choice.

Now the bad news: Carl Edwards is expected to announce his retirement in a press conference Wednesday. Word leaked that the Joe Gibbs Racing Toyota driver, who was 10 laps short of the NASCAR Sprint Cup championship last year, was simply hanging up his helmet, leading to rampant speculation as to why.

Edwards was expected to drive the number 19 Toyota Camry this season, beginning in February at Daytona, so this late decision is a stunner. Reportedly Daniel Suarez, the 2016 NASCAR Xfinity champ will get the seat, but no word on what happens to Edwards’ sponsors, who were coming into 2017 expecting to be on the car of a genuine veteran championship contender, and instead get a rookie.

Edwards has long been a NASCAR loner, content to fly back and forth from his Columbia, Missouri home to meetings in Charlotte, rather than settle down in North Carolina like virtually every other NASCAR racer has. That’s why it didn’t seem so odd that his co-drivers, Kyle Busch and Denny Hamlin, were at the Detroit reveal, but Edwards wasn’t.

It will be interesting to hear his reasons for walking away from millions of guaranteed dollars tomorrow.