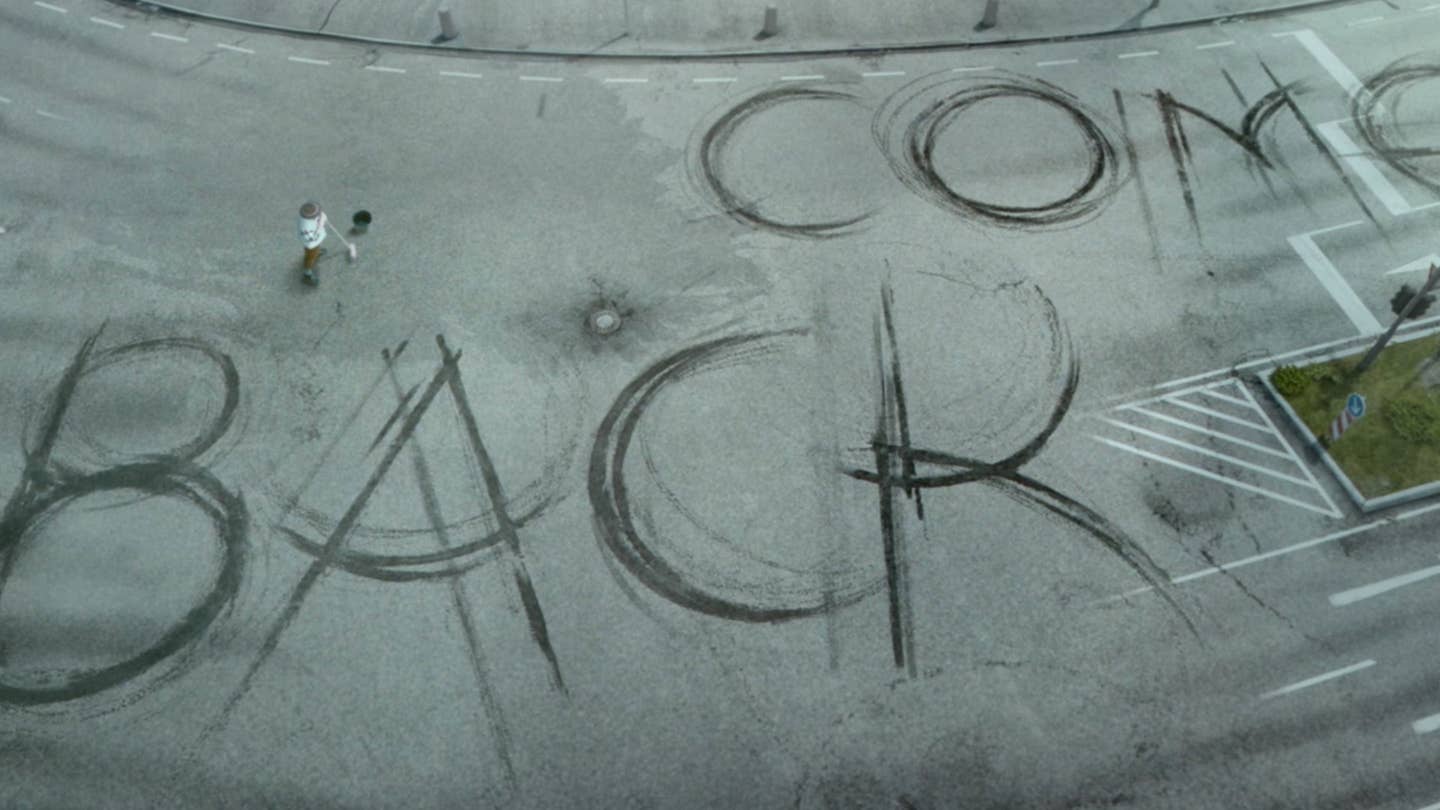 Audi's sudden departure from the FIA's World Endurance Championship, announced in October, shook the endurance racing world to its core. But one team that seems to be taking it especially emotionally is the one with the closest connection to the Ingolstadt-based manufacturer—Porsche.

To officially say goodbye to Audi, Porsche uploaded a video to its YouTube channel Thursday that reminded us of how its sister brand congratulated the Stuttgart-based automaker on its own return to WEC three years ago, in a video that showed an R18 writing "Welcome back" in skids in front of a Porsche facility in Stuttgart.

"Do you remember how Audi Sport bid us welcome to the FIA WEC and the 24h of Le Mans three years ago? This is how we would like to say goodbye. Thanks for all the tough fights," Porsche wrote in the new video's YouTube description.

In the video, we see a Porsche tractor-driving farmer—the same farmer who was passed by the R18 in the 2014 clip as it turns out—learn of Audi's departure from WEC through a handheld radio as he is plowing his fields. Outraged, the farmer decides to make the trip to Stuttgart so he can wash off Audi's skid mark message just enough so that it would now read "Come back."

Excuse us. It seems to have suddenly become unexpectedly dusty in here.

Audi spent 18 years in WEC, where it collected 13 wins at the 24 Hours of Le Mans. The automaker's teams were, for the most part, consistently on top of their game in the endurance racing series, so it's easy to see why Audi's competition—and sister brands—might want to show some sympathy after the rather abrupt exit.