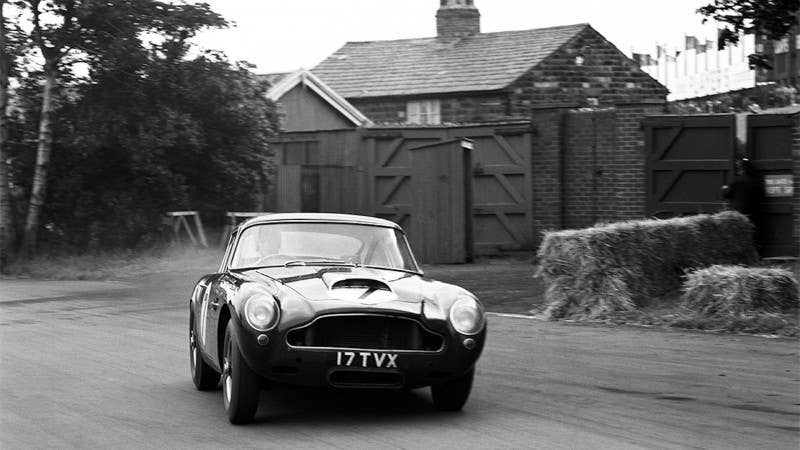 The Aston Martin DB4 GT is making a return in the form of a new, limited-run continuation model. And no, you can't afford it.

The British automaker will be bringing 25 new DB4 GTs to life, Aston Martin announced in a press release last Friday. All of the cars will be for track use only and will be built to the 1959 lightweight spec at the Aston Martin Works facility in Newport Pagnell​, just over an hour north of London. Production there ended there in 2007 with the outgoing Vanquish S, but the line will return to life to build this new(ish) car.

The new cars will have a 3.7-liter straight-six cylinder engine that puts out 340 horsepower, and will be connected to a four-speed manual transmission and a limited-slip differential—just as it did when the car was originally designed.

"The DB4 G.T. stands proud as one of the most coveted [Aston Martin sports cars] of all," said Aston Martin CEO Andy Palmer. "It’s a mark of Aston Martin’s breadth of abilities that in the same year we launched the DB11—our most advanced ‘DB’ production car ever—we can also embark on an adventure such as the DB4 G.T. Continuation."

The 25 DB4 GTs will be integrated into a two-year race track driving program arranged by Aston Martin Works. Owners will be given the opportunity to drive their cars at various race tracks—Aston Martin noted the Yas Marina Circuit as being one of them—in an arrive-and-drive setup with experienced driving instructors on hand.

Seventy-five DB4 GTs were originally built between 1959 and 1963, but only eight were constructed to lightweight specification. Aston Martin believes that those cars are now valued at more than £3 million (around $3.8 million). As proper continuation models, the new cars will continue on with where the last cars left off, at chassis 0202R.

Aston Martin joins the likes of Jaguar and AC Cars in the list of British automakers who have recently reincarnated some of their most well-loved vintage cars, with the former resurrecting the XKSS and the latter bringing the Cobra back to life.

Though it's unclear from the press release, it sounds like Aston Martin won't be letting buyers of the new DB4 GTs actually drive their cars on the road. If that's the case, well, that kind of sucks. Though pricing wasn't announced, we'd guess that these cars will cost a hell of a lot of money—and for whatever that number will be, we'd want the freedom to drive these cars wherever we want.

But hey, we're not rich. For all we know, maybe the thick-walleted folk who will be buying these won't give a damn where they get to drive it, so long as they do.