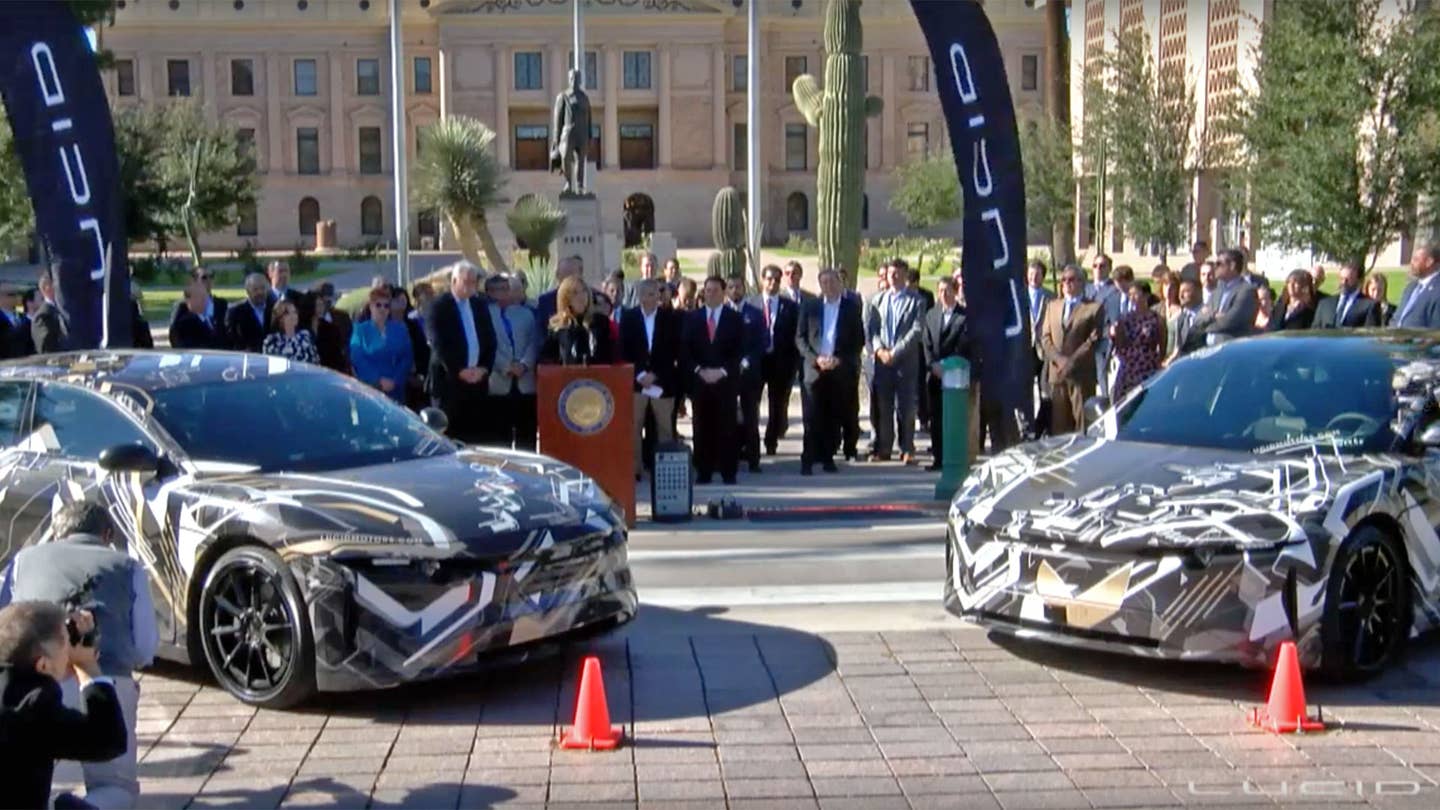 We don't know what the company's electric car looks like or how much it will costs, but at least we know where it will be built. Lucid Motors announced today that it has selected Casa Grande, Arizona, as the future site of its manufacturing facilities.

Brian Barron, Director of Global Manufacturing at Lucid—formerly known as Atieva—said the company started with a list of 60 cities in 13 states, and ultimately selected the southwestern state because of its talent pool, tax incentives, infrastructure, and location. Arizona Gov. Doug Ducey highlighted the location's proximity to suppliers in Sonora, Mexico as an influencing factor in their favor.

The production plant will be a $700 million capital investment by the Menlo, California-based automotive start-up, which is aiming to rival Tesla with a 1,000-hp electric sports sedan. Two alpha prototypes in camouflage were at the announcement to showcase the company's technology miniaturization prowess. Condensing key elements optimizes interior space to heighten the driving and riding experience, explained CTO Peter Rawlinson.

No information on the production capacity or battery supplier was shared during the announcement.

Construction of the manufacturing site and hiring will begin in 2017, said Barron. Lucid Motors is expected to reveal its electric super-sedan mid-December. All that's left now is to raise the money to build this cutting-edge vehicle.