This is How Tesla’s Fully-Autonomous Car Sees the World 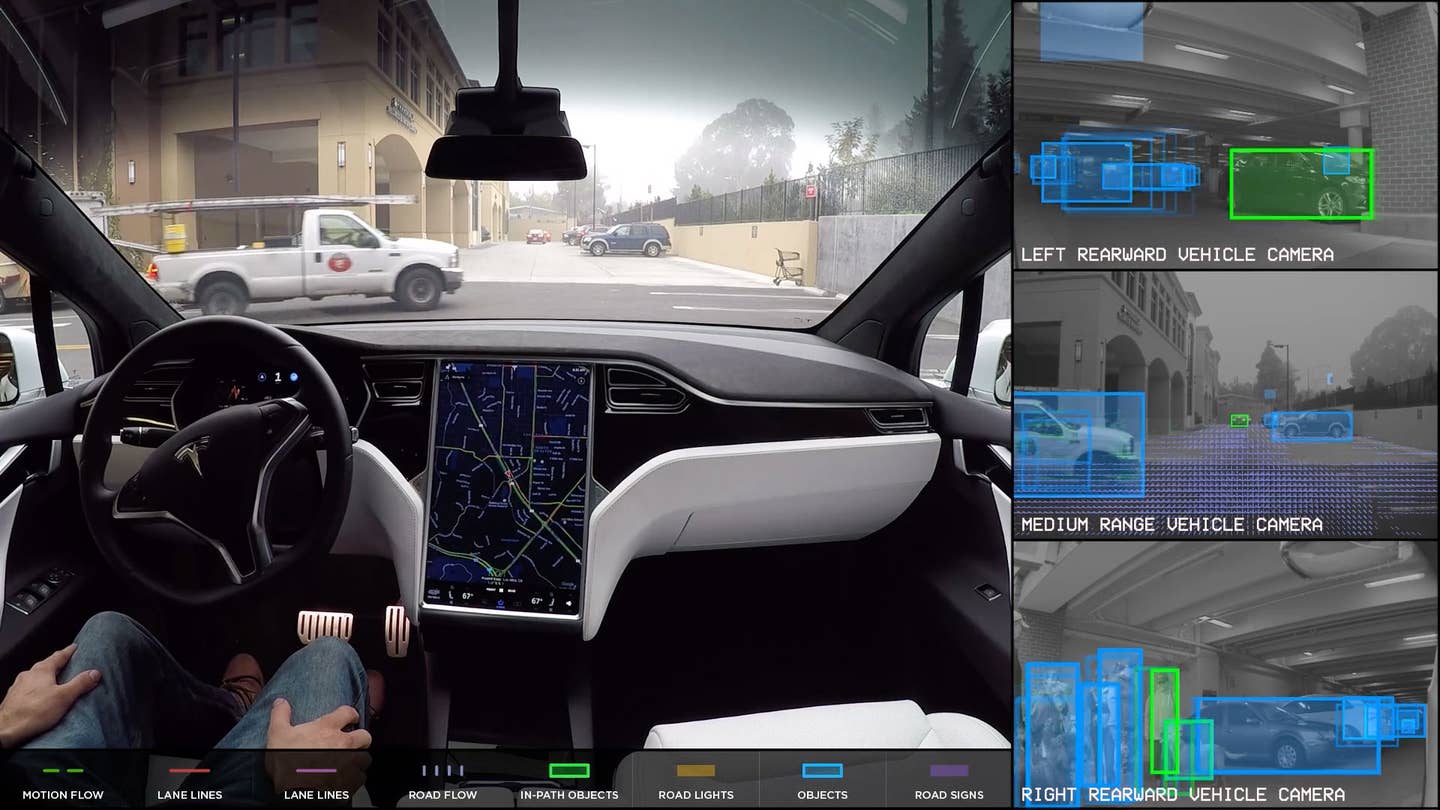 The automotive journalism world was mildly astonished last month when Elon Musk announced that all Teslas going forward would come correct with the hardware needed for fully autonomous driving. But for those who aren’t quite so into the business and technology minutiae of self-driving cars, the big draw was a video Tesla released depicting one of the prototype autonomous vehicles navigating the busy streets of suburban California all by itself.

So to recapture the interest of the techies and car nerds who no longer find the sight of a car driving itself all that exciting, Tesla has released a video displaying how its self-driving car sees the world.

Like the initial clip, the latest video features a human behind the wheel “only...for legal reasons,” and is set to the tune of The Rolling Stones’ "Paint It Black," giving it the feel of the world’s least-exciting Martin Scorsese montage. The screen is dominated by a central in-car point-of-view, but the real draw of the video lies off to the right, where Tesla has included the synchronized footage from the car’s forward-facing medium-range camera and two of its rear-mounted ones. For human drivers so used to instinctively picking out cars, pedestrians, and other potential hazards, it’s fascinating to see the Tesla’s computer doing a digital version of the same thing, constantly locking onto objects and assigning them color-coded categories.

Considering Tesla’s comparative openness about showing how its technology works while in action—its existing Autopilot system offers far more information about cars ahead than the similar semi-autonomous systems in other vehicles—we’re hoping the company decides to incorporate some version of this viewpoint into the production version of the full-autonomous system. If the Tesla drivers of tomorrow aren’t going to spend their time driving, they should at least be able to entertain themselves by watching the car do it.

Tesla also released a version of the footage set to "Yakity Sax," because Elon Musk is a nerd.