And That’s Why You Always Set the Handbrake

The latest installment in our series, “He’s made a huge mistake.” 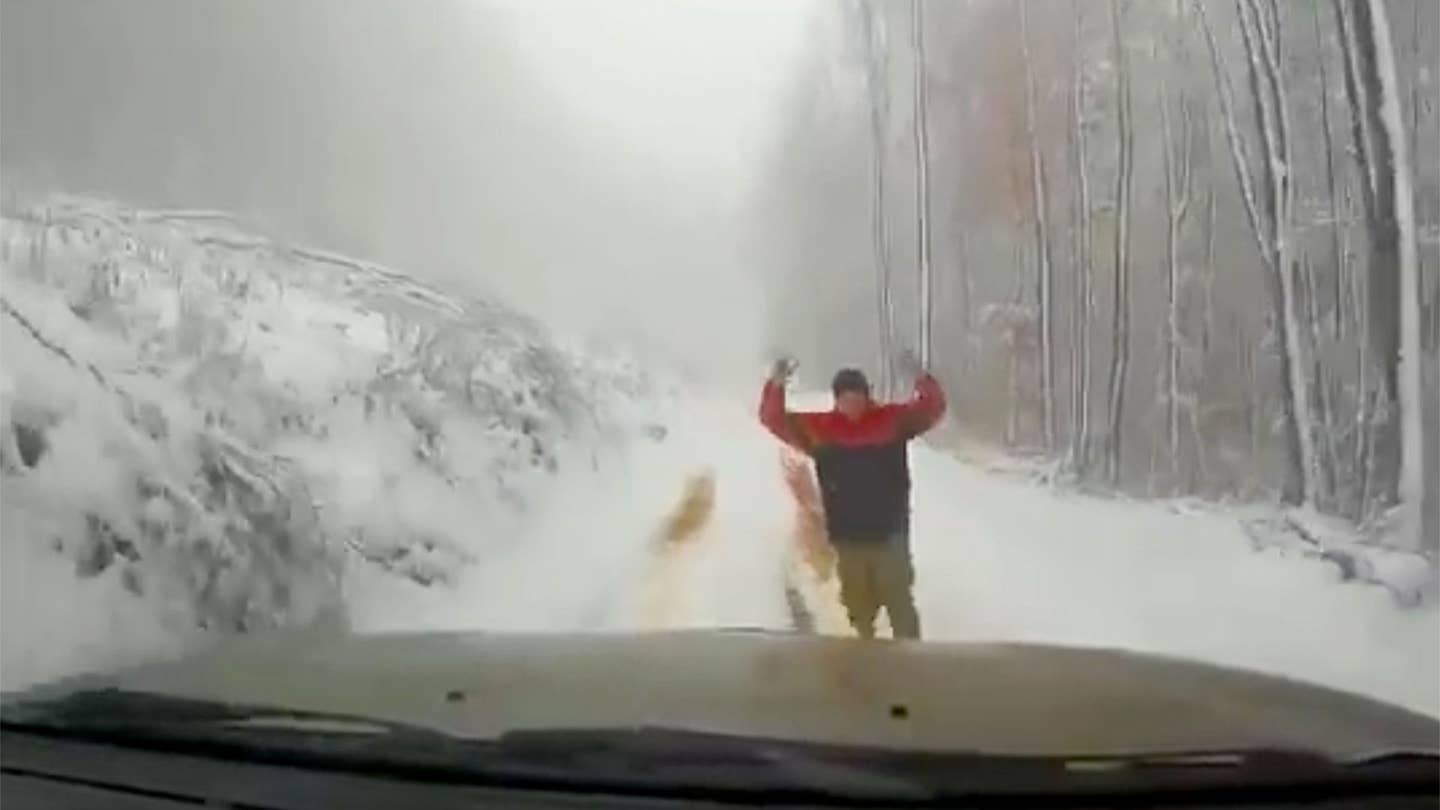 We’ve all been there, one time or another: You park your car, and in the rush to clamber out and deposit a check/stop a crime/take a leak, you accidentally forget to put the car in park or set the handbrake. Normally, you realize it pretty quickly—right around the time you swing your feet out of the open door and see the ground moving by. But for one unfortunate fellow, his momentary absent-mindedness resulted in the most entertaing automotive turn of events we've seen since that guy tried to drive his car off a tow truck.

The video, which is timestamped to October 30th of this year, shows the dash cam view of a vehicle that seems to be in the midst of an off-road excursion. (Based on the Cyrillic caption and the snow on the ground, we’re guessing this took place somewhere in the former U.S.S.R.) A man in the middle distance is standing next to an SUV, apparently in the midst of peeing off the beaten track.  Ever so slowly, the camera car begins to creep backwards; by the time the unsuspecting urinator glances back and sees his ride backtracking down the hill, it’s already moving at jogging pace.

Remarkably, the steep banks and deep ruts of the off-road track keep the camera vehicle on the trail for quite a while, in spite of the many twists and turns along the way.And just as remarkably, the man we assume had been planning on climbing back into his toasty vehicle after his piss break manages to keep up with the rolling rig, in spite of the awkward terrain and slippery conditions. He even manages to catch up to the vehicles—but those same snowbanks that keep the off-roader on the road make it impossible for him to reach the doors.

In the end, though, the pursuer’s efforts...well, we don’t want to give it away. Just watch it for yourself.

Also: we don’t know whether it was the owner of the car or some other witty individual, but kudos to whomever chose to add “Yakety Sax” as the soundtrack.