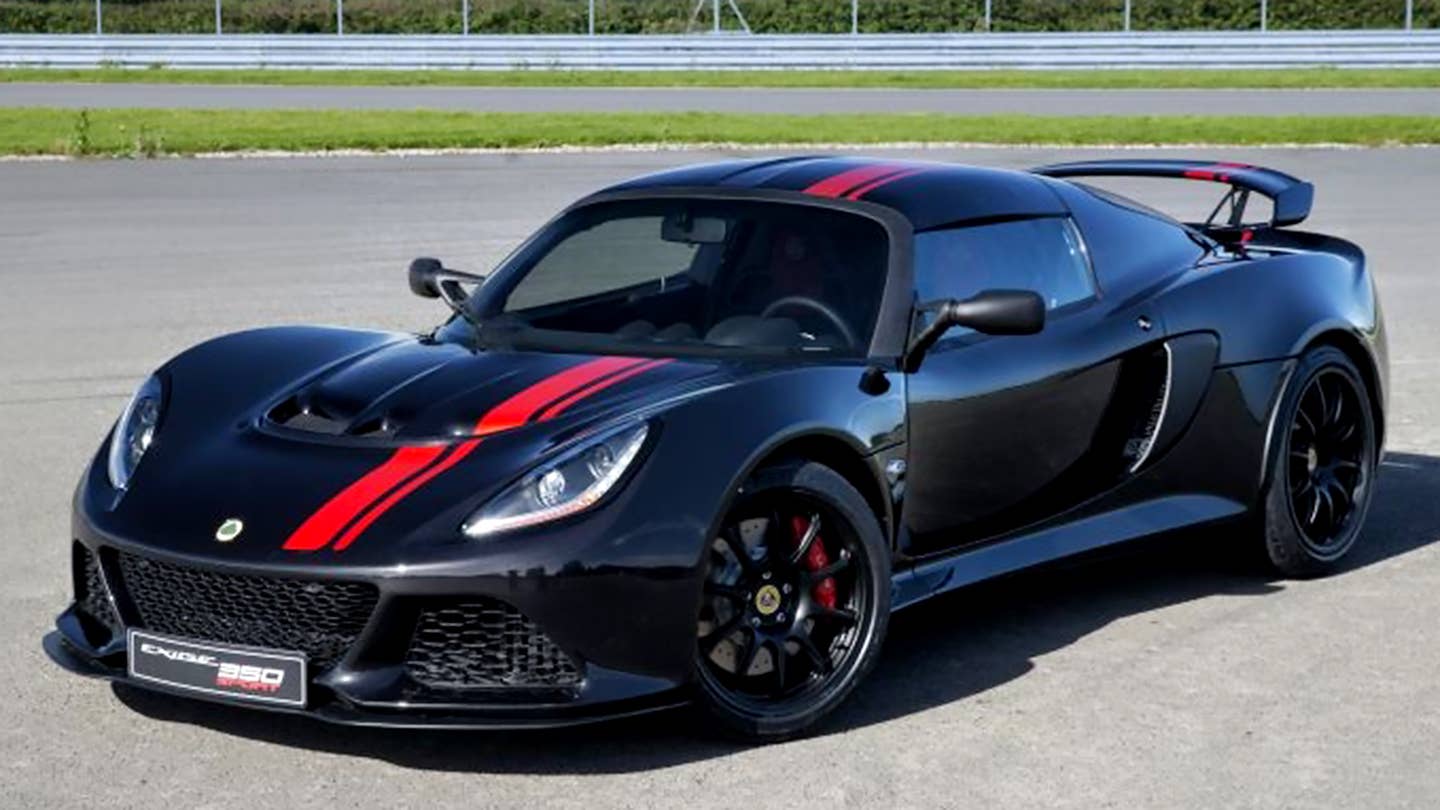 “What we really need is a lighter Lotus,” said nobody ever. Hell, besides guys named Andretti and Senna, who's ever really needed any Lotus at all? The company’s road cars are invariably jarring and trimmed down to their bones, offering all the build quality of a drunk toddler’s sandcastle (and, in earlier models, a similar tolerance for rain.) But for people chasing a certain kind of special, something race-bred and British and entirely un-compromised, nothing but a Lotus will do. And for those people, our people, there's the Exige 350 Special Edition.

It's the third in a series of limited-run cars, all built to commemorate the company's 50th anniversary at the hallowed Hethel factory. Lotus says this one’s the “hardest” model yet. It's got a neat paint scheme and interior trimmings, plus revised aero, firmer suspension, and the frunk lid off an Exige Cup racecar. But, really, the Exige 350 SE is about what's been taken out. There's less sound deadening and HVAC piping, lighter engine mounts, a glassless rear tailgate, and a gutted center console with an exposed gearshift mechanism. Also, redesigned wheels (-11 lbs), carbon fiber seats (-13.2 lbs), two-piece vented brake discs (-11 lbs), and a compact lithium-ion battery (-22 lbs). That all drags the curb weight down to a claimed 2,423 lbs.

Muscle comes from the familiar 3.5-liter supercharged V6. It's mounted mid-ships and good for 345 hp, enough to get from 0-60 in 3.7 seconds, en route to an eventual 170 mph. And, yes, the Exige 350 SE will only be offered with a six-speed manual transmission. Good.

The bad? Only 50 examples are set to be made, and you won't be able to buy one in the U.S.