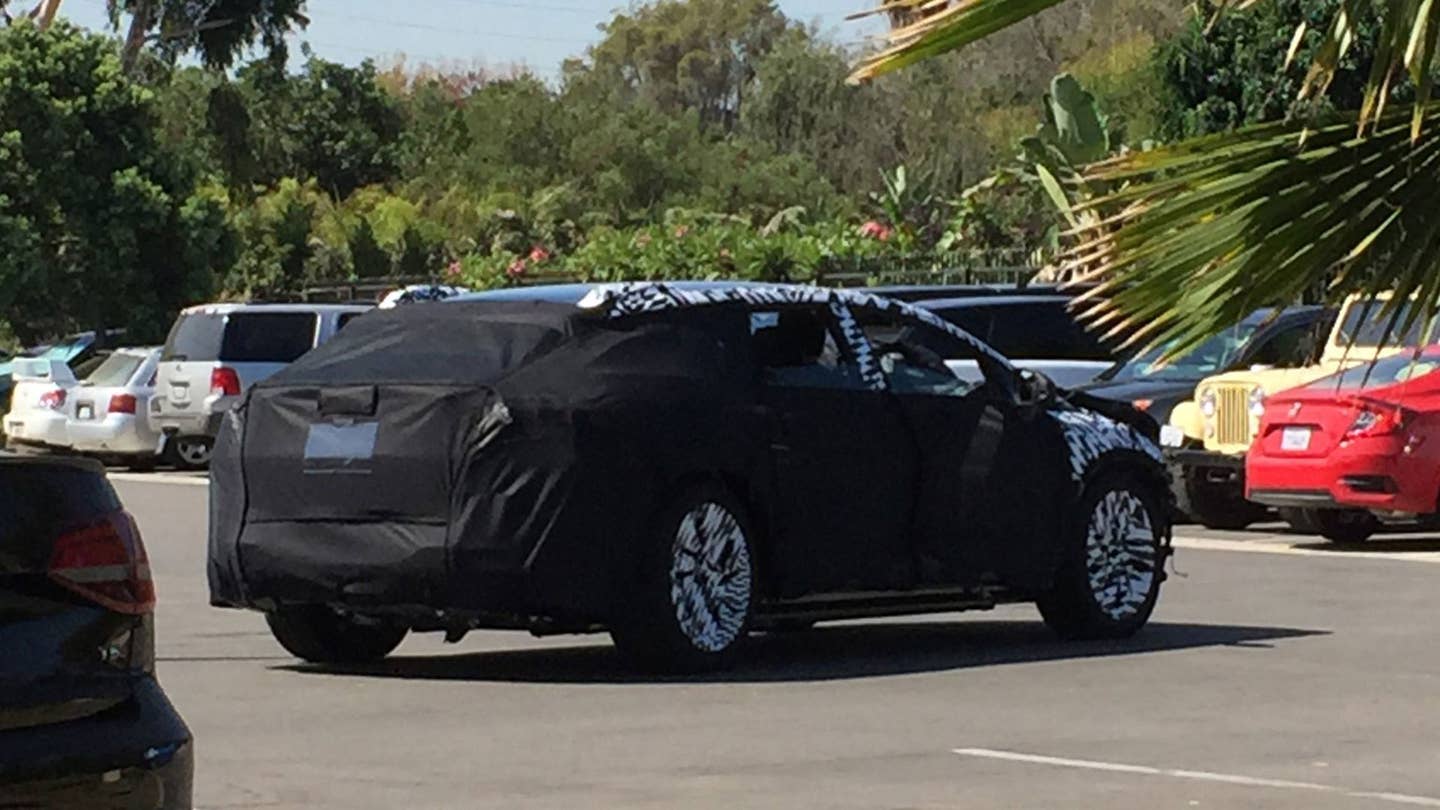 Elon Musk, better start watching your six. After years of lofty promises, electric carmaker Faraday Future's first production car has been spotted in the wild—and it seems to be a SUV-like vehicle with its sights set on the Model X.

The Faraday Future SUV was apparently spotted in Los Angeles, where it was posted to Twitter by as man named Everette Taylor—who, according to his Twitter bio, serves as vice-president at an on-demand car rental service called Skurt. (No, we'd never heard of it before, either.) But based on his caption, it seems Taylor had no idea that he'd caught a glimpse of the upstart electric car company's new production vehicle wraped in heavy layers of both flush and loose-fitting camouflage. The well-connected folks at Elektrek, however, reportedly reached out to a source in the know, who confirmed that the large crossover or SUV-like vehicle spotted in the parking lot was indeed the future of Faraday Future.

This vehicle's general crossover-oid shape jives with a report from The Drive's own future-meister Alex Roy, who caught a glimpse of Faraday's car a while back and described it as such:

"[It's] something that could fit five to seven people. Something like a Model X, but bigger and cooler and more futuristic...The real Faraday is some kind of insane offspring of a minivan and a Citroën XM. Like a bloated Ford Scorpio or Renault Avantime...It is far more daring and revolutionary than anything from anyone else."

In that story, Roy even sketched out a basic sketch of the shape of the car he saw. While Roy admitted he had "crappy car-drawing skills," it's easy to see the basic resemblance between even these preliminary sketches and the camouflaged prototype caught testing in California.

Considering Faraday Future has been in the news lately as much for what it hasn't done as what it has—the company's recent groundbreaking for its Nevada factory in which no ground was actually broken comes to mind, as does the unveiling of the vapor-tastic FFZero1 concept car at CES in January in lieu of an expected Tesla-fighter—we're glad to see the electric carmaker's plans to roll out a production vehicle appear to be coming along swmmingly.