This Electric Chevy Corvette Could Break 200 MPH This Week

Likely going to set a world record one way or another. 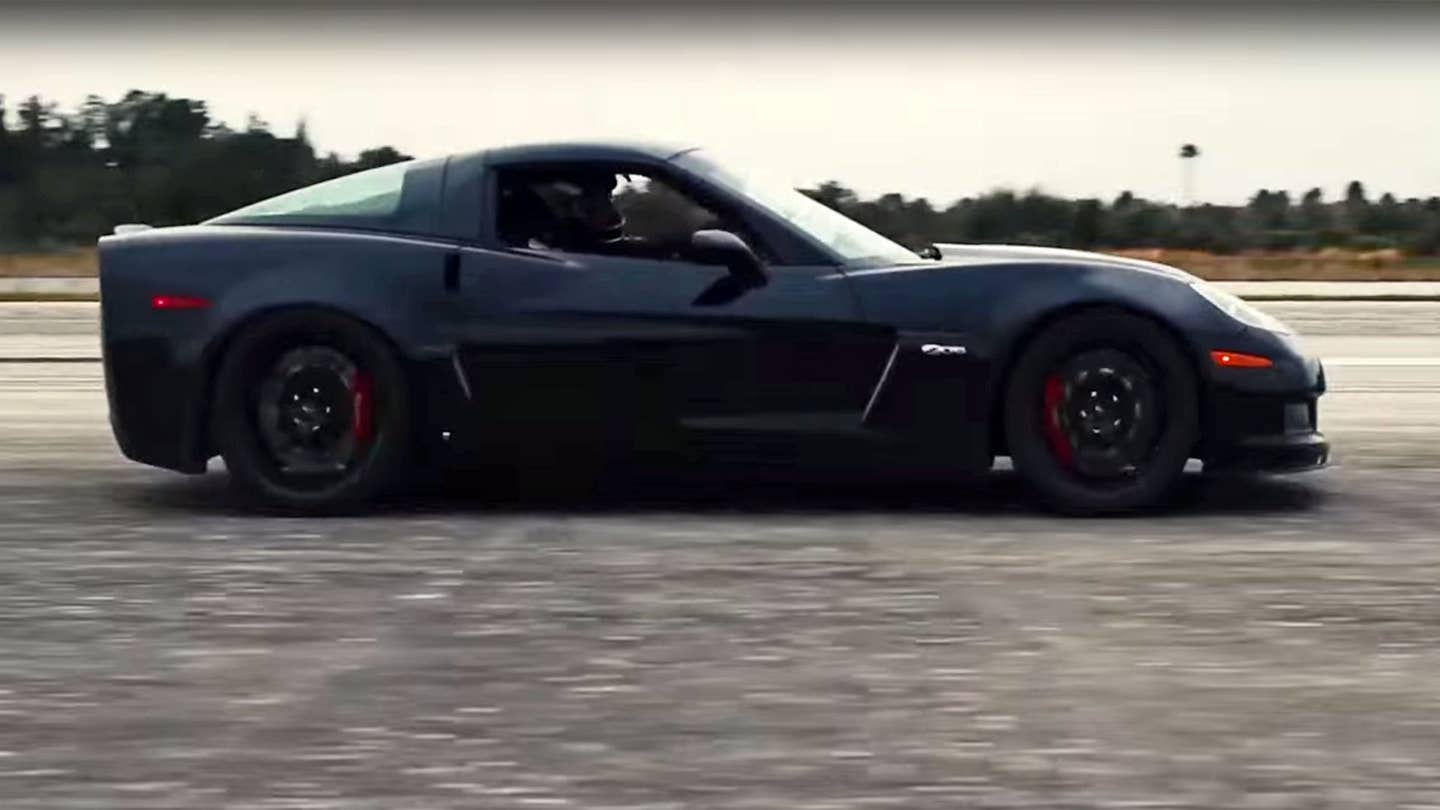 Later this week in central Florida, an electric Chevy Corvette might set a new world record for battery-powered vehicles, potentially becoming the first street-legal EV to crack through the 200 mph barrier.

The EV 'Vette in question is the same electric Chevy that currently holds the world top speed record for street-legal electric cars—Genovation Cars's Corvette GXE, a heavily-modified C6 Z06 that's had its 7.0-liter V8 yanked in favor of dual electric motors slapping down around 700-horsepower and 600-lb.-ft. of torque. That current record, the company says, was set by accident; the electric carmaker was simply testing the car out, and the GXE happened to blast past 186 mph in the process. This time, Genovation is actually going for gold.

During the previous run back in February, the GXE wasn't even operating at full power, Saul said. Since then, the Genovation team has pulled the car apart, cranked up the output of the dual liquid-cooled motors, and tweaked it in myriad ways to better optimize it for high-speed running.

Just as during the car's first record run, Genovation will be running the GXE at Cape Canaveral's Johnny Bohmer Proving Grounds, blasting the black Corvette down the same three-mile runway the space shuttle used to land on before America abandoned space travel to Elon Musk and the Russians. And just as last time, Johnny Bohmer himself will be handling wheelman duties. Considering he's blasted cars from a dead stop to more than 280 mph in a mile before, hitting 200 on a three-mile runway should be a cinch.

In case you're interested in plugging in one of these Genovation Corvette GXEs in your driveway, the company says it will soon be bringing similar electrically-converted gas-powered sports cars to market for the low, low price of roughly $330,000. Yes, you could have three loaded Tesla Model Ss for that money, but if that's where your mind goes, you're missing the point.