Driver Flips Ferrari 488 on Tail of the Dragon

It's a cold, hard lesson about driving within one's limits. 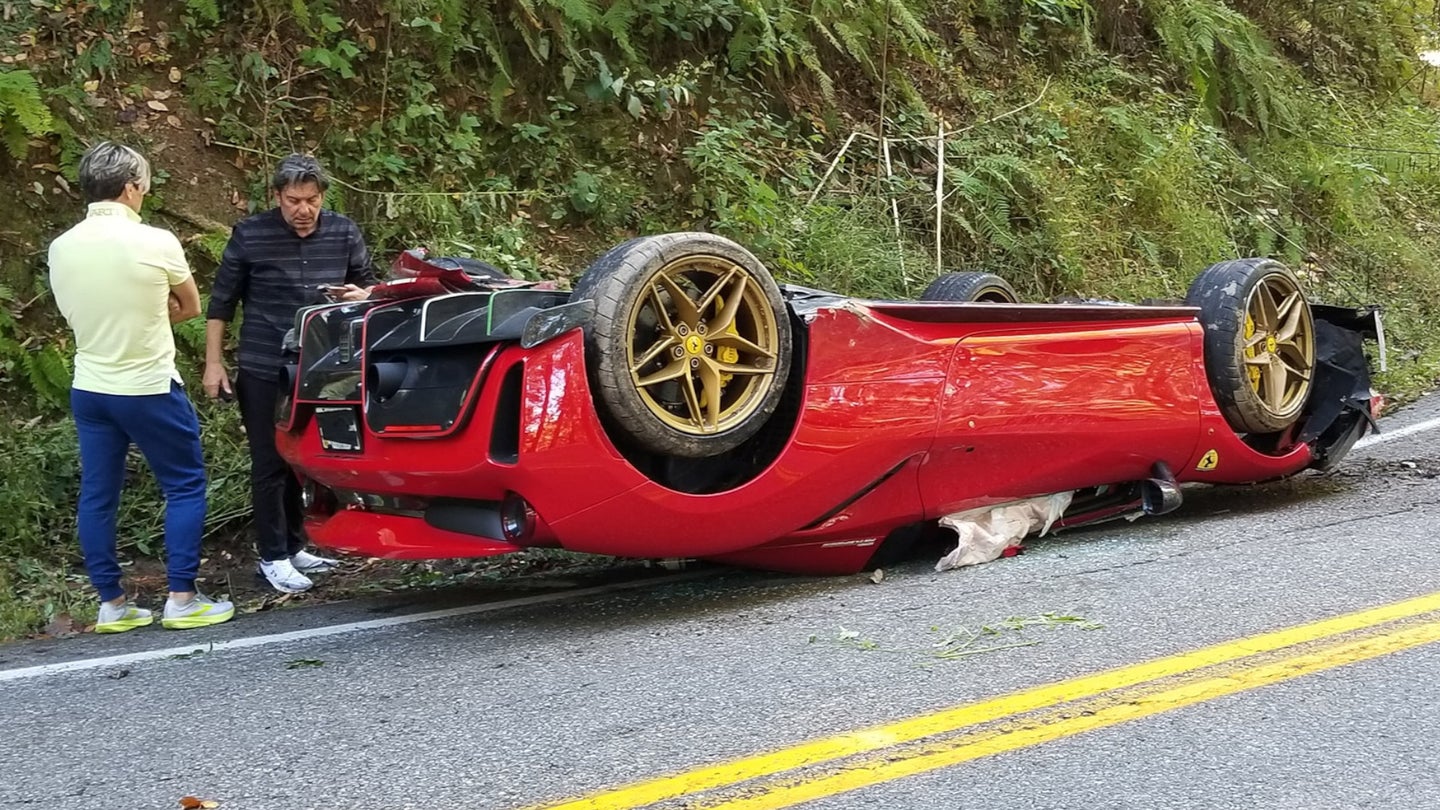 The Tail of the Dragon is one of the most famous driving roads in the United States, snaking between Tennessee and North Carolina. Drivers from all over the country have made the pilgrimage to tackle the winding asphalt, but sadly, not everyone makes it through unscathed. One Ferrari driver on an exotics cruise flipped their vehicle on Wednesday, becoming the latest cautionary example.

The car in question appears to be a Ferrari 488 Pista, which may have been taking part in the Epic Adventures Blue Ridge 2021 rally. Images of the aftermath of the crash show a Porsche 918 Spider in the vicinity bearing windscreen banners advertising the event, though it is unconfirmed that the Ferrari was participating at this stage. The Drive has sought further clarification on this point, and will update accordingly. 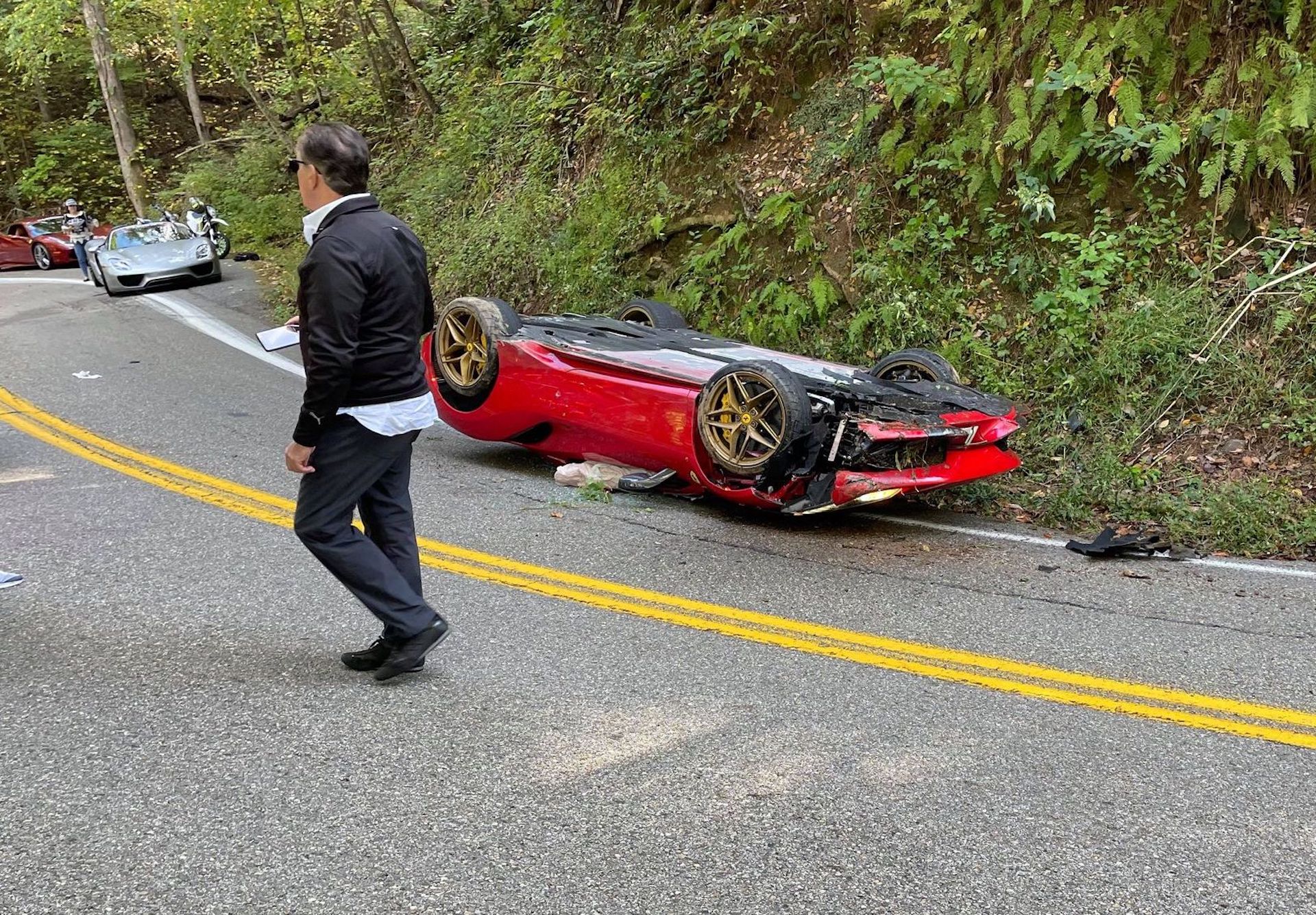 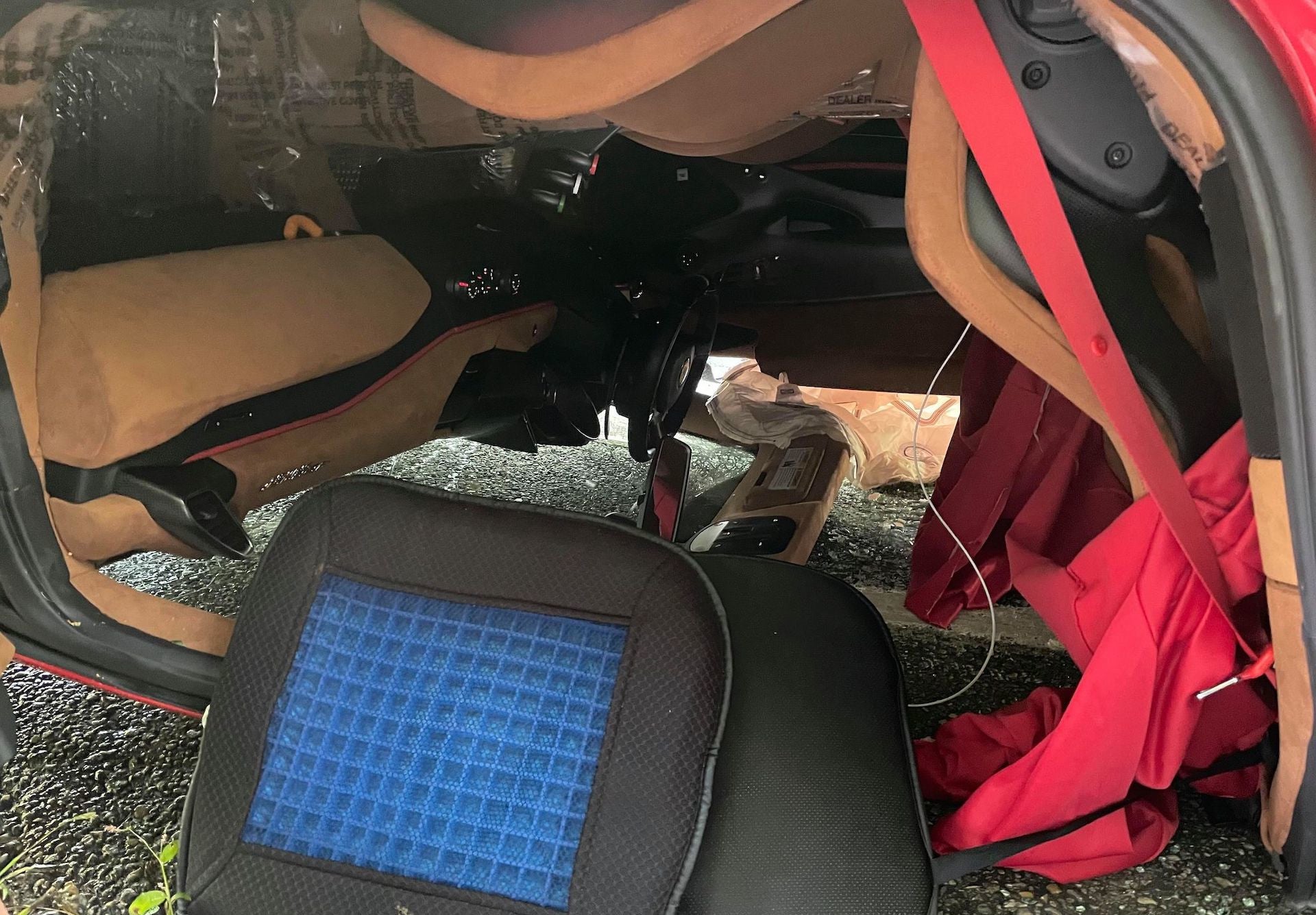 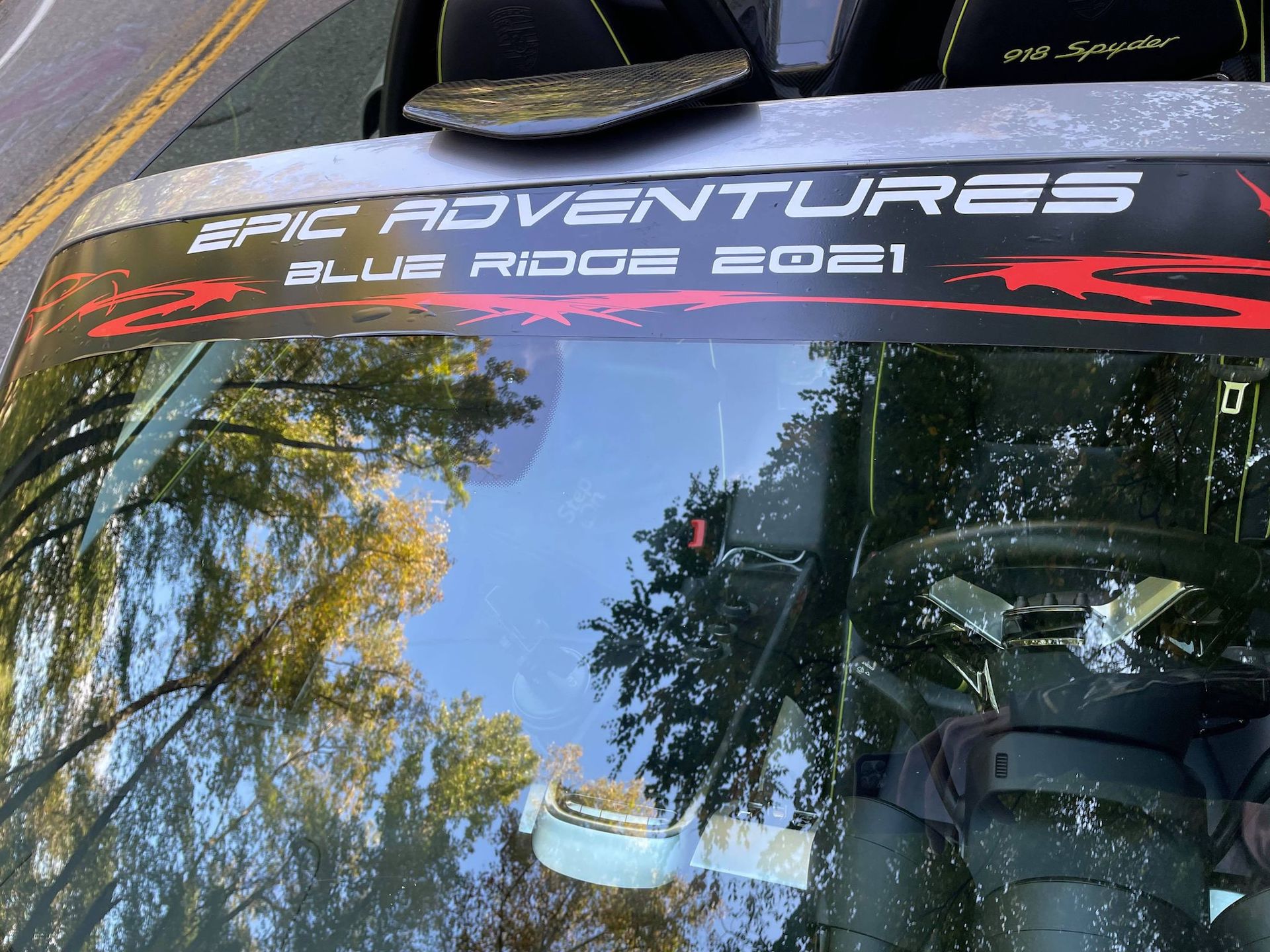 An anonymous local familiar with the Tail of the Dragon noted that the incident occurred just after a hump in the road commonly referred to as Gravity Cavity MM3, named for the nearby mile marker. Speaking to The Drive, the local indicated it appeared as though the Ferrari hit the bump at too high a speed heading southbound, at which point the driver lost control. This resulted in the car heading into the northbound lane, hitting the wall and ending up on its roof.

In the crash, the Ferrari reportedly narrowly missed a photographer sitting on the corner to capture the passing vehicles. Luckily, there was no northbound traffic at the time to hit the stricken Ferrari, which could have made a bad incident much, much worse. 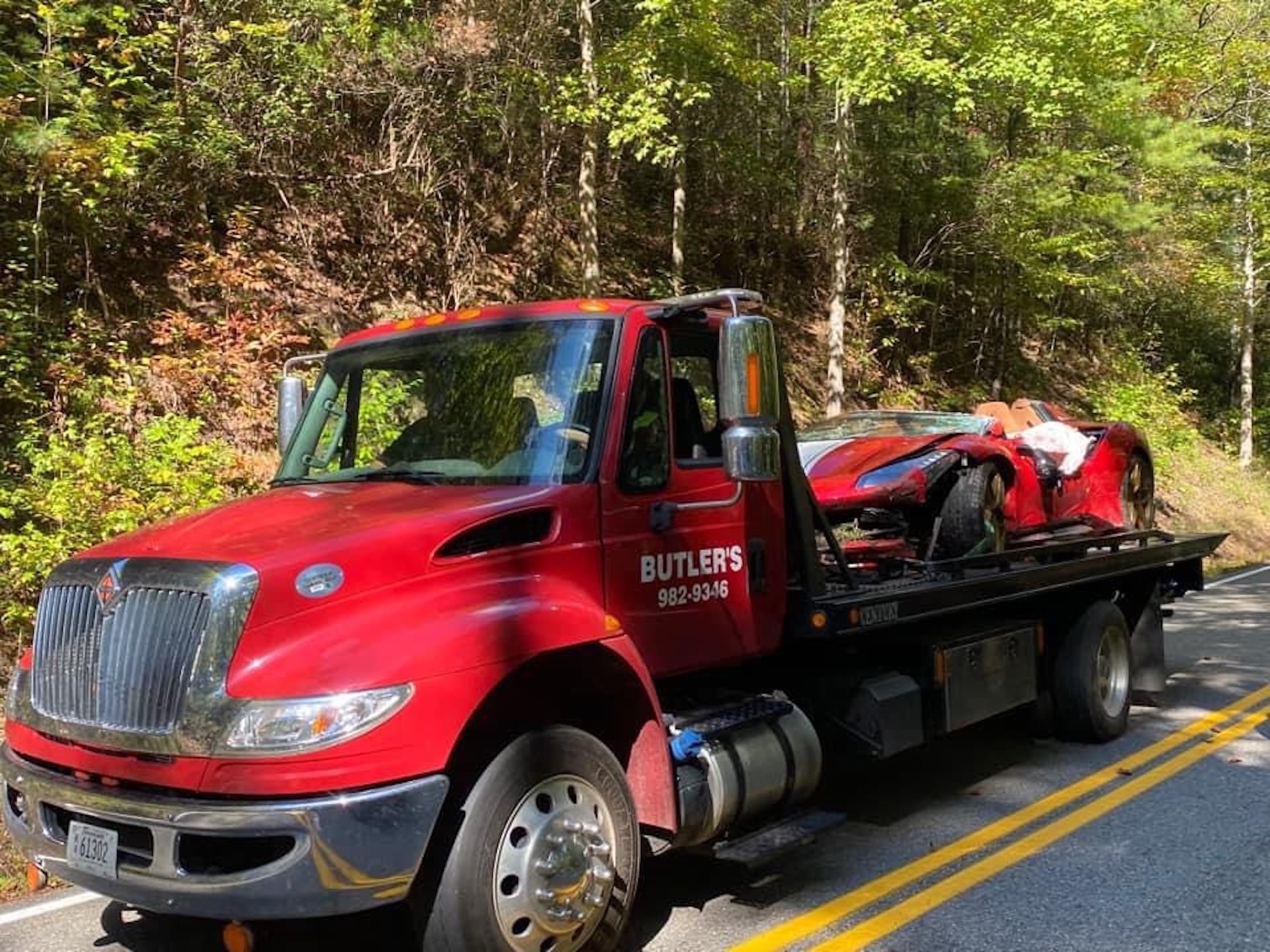 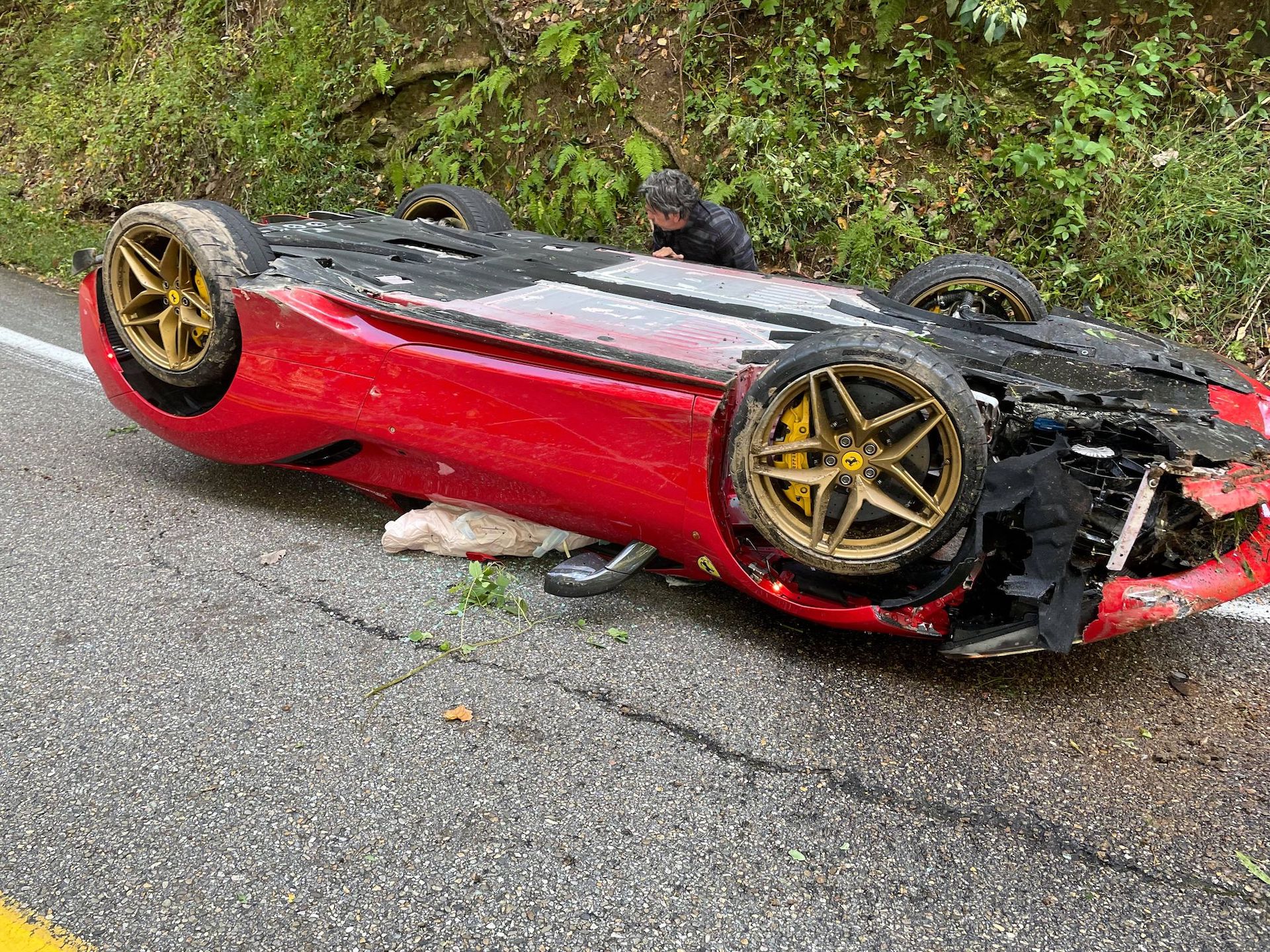 Damage to the vehicle is severe, as can be seen in photos of the aftermath. The windshield has been badly caved in, and the deployed side airbags can be seen hanging out of the doors. Much of the front bumper is destroyed, and the rest of the bodywork has been torn up on the road surface, too. Amazingly, the passenger seat and footwell still appears to be covered in plastic film from the dealership. It could be an indication that the owner had only recently purchased the car, and may have been unfamiliar behind the wheel.

Remarkably, the driver was able to crawl out of the vehicle largely unscathed. The engine was still running while it was upside down," noted witness A. Applebee of Phillips Pro Cycle, LLC, adding that the driver "crawled out with only a scratch on his right arm." This driver may have been lucky, but death is never far away on the Tail of the Dragon. One "Death Map" of the area indicates over 50 motorists have passed away in accidents since 1995.

Given its reputation, it would be wise to drive conservatively, particularly if one is unfamiliar with the road or the conditions. While there is no development along the way, and thus no vehicles to pull out and surprise drivers, the sheer death toll in the last few decades should be warning enough. The road is surrounded by forest, meaning there's plenty of trees when leaving the black stuff, and help is by no means just around the next corner in the event of an accident.

There's fundamentally nothing wrong with taking a drive on a fun, winding country road. It's often even better enjoyed with friends. However, if you go too hard and end up in the wall, expect to find little sympathy from the broader community. Car enthusiasts are expected to know their limits, especially when out in public. In any case, this isn't the first crash we've seen on the Tail of the Dragon, and it won't be the last.