Here's Why More Than 10,000 John Deere Workers Are Striking

The walkout has been looming for some time. 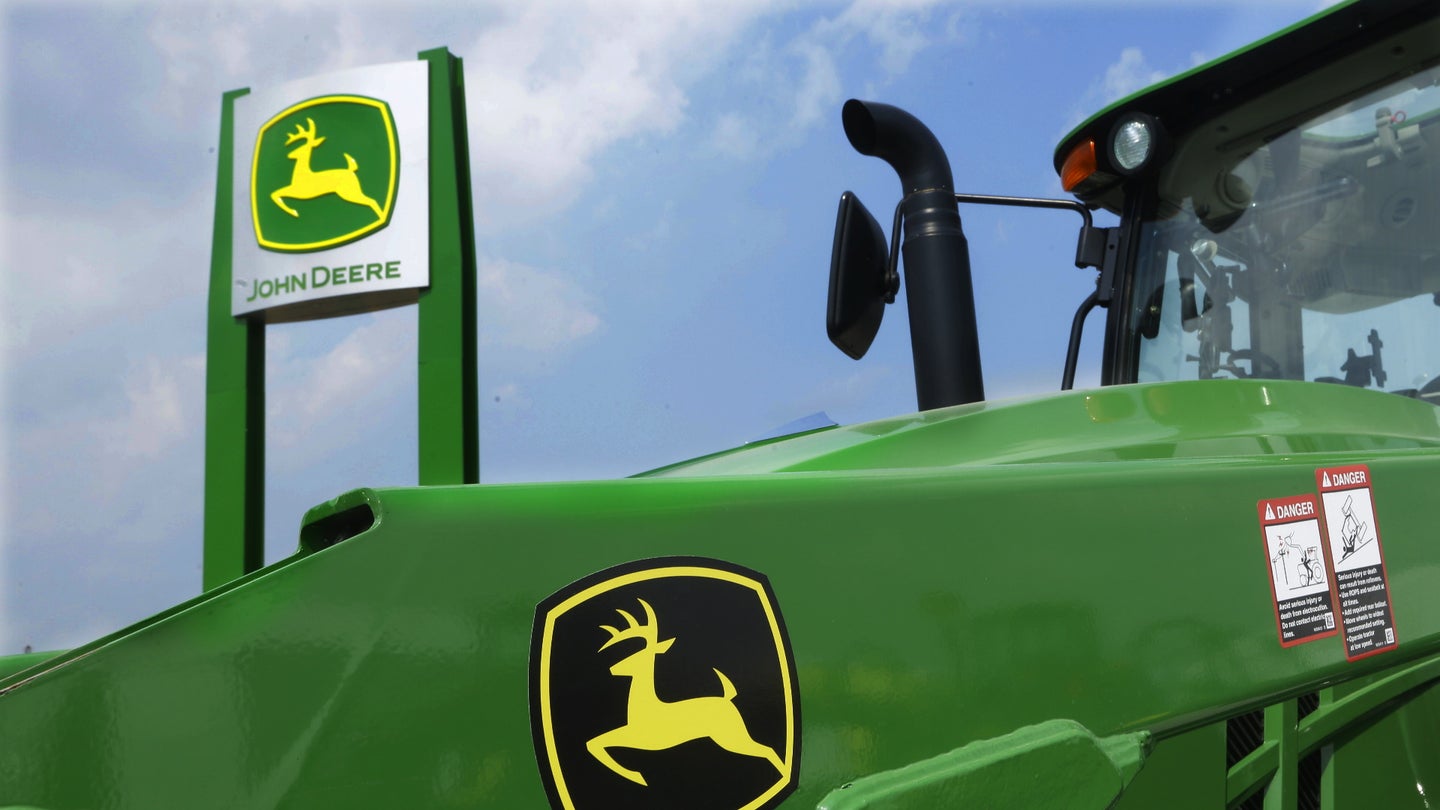 More than 10,000 John Deere workers in 14 facilities across the states of Iowa, Illinois and Kansas have gone on strike as of this morning. The employees, represented by the United Auto Workers union, have rejected a contract that the union says did not meet its members’ demands and needs. The last time UAW-represented John Deere employees went on strike was 35 years ago.

The dispute started on Sept. 13 amid union contract negotiations. John Deere's offer to the UAW members included raises of 5 to 6 percent, but members are additionally taking advantage of the ongoing nationwide labor shortage to try and regain benefits lost in the 1990s, the Washington Post reports. According to Labor Notes, the proposal was considered widely unpopular, and it galvanized a strike authorization that had taken place the day before, an action that is reportedly not uncommon for John Deere employees represented by the UAW to make.

Not only was this initial offer considered weak, but the union membership seemed further angered when it appeared their UAW representation wasn’t bargaining as hard as it could be later in negotiations. (For the record, Deere's offer reportedly included an end to a moratorium on plant closures, an end to overtime pay after eight hours, and an increase in healthcare costs.)

Later, on Oct. 7, a renegotiated deal was presented to UAW members. It addressed the healthcare costs, outlined a pay increase of 11 percent raise over six years, and a cost of living adjustment was also reinstated. However, one of the stipulations was a change in the way pensions worked for new hires. As it stands, UAW-represented Deere employees hired after 1997 get one-third of the pension as compared to members hired before that year. They also get no health insurance, as compared to pre-1997 hires who do.

The new deal increased post-1997 hire's pensions, though it removed the possibility of a pension for anybody hired after November 2021. Instead of a pension, these workers would be part of a "cash-balance plan" and be eligible for a 401k.

On Oct. 11, frustrated with both their representation and John Deere, members overwhelmingly rejected this deal. A strike deadline came and went on the night of Wednesday, Oct. 13, and early on Thursday morning, a strike was announced and members have been picketing since.

The broader context in which this strike occurs is, of course, pandemic-related. America faces widespread labor shortages and supply chain issues, and John Deere has been affected at many of its locations, including those in Iowa. As reported in May by The Des Moines Register, employment at the company may not be as rosy as it seems from the $19 per hour starting pay. Several former Deere employees described employment at the company as unstable, with jobs fluctuating due to changes in things like corn prices or agricultural exports. One local resident told the paper that many people feel like they will "get used and [then] laid off."

All of this is also occurring during a period of record business for John Deere. So far in 2021, the company has posted its highest profits ever, already beating its previous 2013 peak by a whopping 63 percent. So as the Post put it, UAW members are seizing the moment to try and make things better for themselves.

In Iowa, where the company has facilities employing over 7,000 workers, union employees aren’t the only ones unhappy with this situation. Black Hawk County Sheriff Tony Thompson was seen addressing a picket line on Thursday morning. He shares the frustrated sentiment of many union members.

"I recognize the important economic engine that John Deere is for our Cedar Valley area," Thompson said, speaking to The Drive. "I also recognize that when a company like John Deere posts quarter after quarter of record gains, those gains are made off the backs of their unionized labor."

The sheriff continued to say he offered encouragement to the workers through the course of visiting several picket lines, and noted that he believes most of the local residents support the union's decision to strike. "I believe that most all our citizens stand with them," he told us. "I prayed for them and indicated that I hoped for a quick end and conclusion to this impasse and indicated that my staff and I supported their efforts in being heard and understood."

In a statement, John Deere said it is "committed to a favorable outcome for our employees, our communities, and everyone involved." The statement continued to say that the company was determined to reach a satisfactory agreement with the UAW, and end the strike as soon as possible. "We will keep working day and night to understand our employees' priorities and resolve this strike, while also keeping our operations running for the benefit of all those we serve."

Workers on strike will receive $275 a week as long as the strike continues. John Deere employees last struck in 1986 for 163 days.