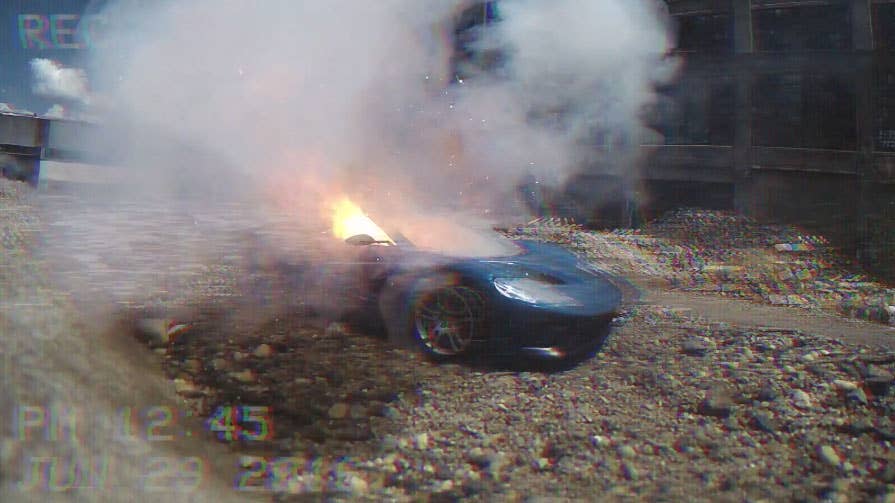 Okay, this is weird. The Drive has received a dubious video that appears to show a brand-new 2017 Ford GT blowing up. And based on the timestamp on the video, it happened only a couple of days ago.

Since the 2017 Ford GT hasn't even reached the streets yet—expect to see them in the wild this fall—seeing one explode in a hot, sparky ball of fury comes as something of a shock. There's no way it's a customer car, and it doesn't appear to be one of the race cars that won at Le Mans. Is it a replica of some sort? People have been making imitation supercars out of economy crapboxes for decades.

We post this with no knowledge of where this video comes from—the file was sent to us anonymously via TempSend. It's also unclear where it was filmed, as this sort of generic run-down industrial backdrop can be found in almost any city across North America. Even more bizarrely, the footage appears to be from some sort of security camera. Did a disgruntled employee boost a Ford GT prototype slated for the crusher, tool around town, then torch the car in some run-down section of Detroit? It seems hard to believe...but that sort of thing has happened before.

We debated for a while whether or not to share this video with our readers. Obviously, we don't want to encourage illegal behavior, and depending on the circumstances involved, this video potentially contains a ton of it. If somebody stole a 2017 Ford GT out of Ford's back yard and blew it up on some abandoned backlot to cover their tracks, we don't want to be seen as condoning that.

But at the end of the day, we're journalists, and it's our duty to bring you the news. Should the news happen to be the fact that someone blew up a 2017 Ford GT, well, then we're gonna share it.