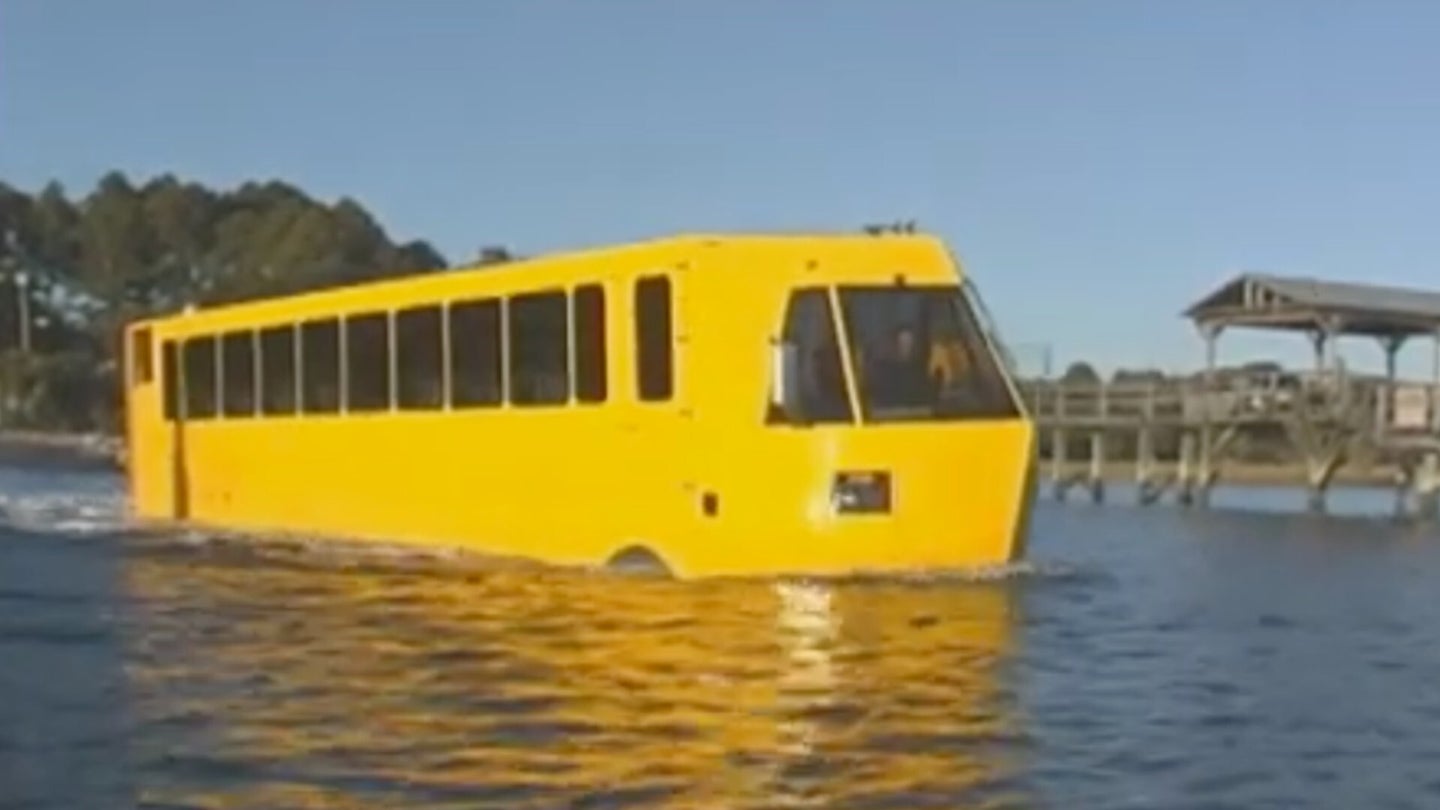 There's almost no better way to tour a city than on a surplus DUKW. Since 1946, these amphibious military vehicles have escorted tourists down the roads and waterways of cities from Berlin to Boston, operating under the name of "duck boats." But over the last couple decades, these aging pieces of ex-military hardware have lost their reputation for safety, with a string of fatal accidents repelling tourists, including one that claimed 17 lives. One duck boat operator, however, hopes to buck the trend and stage a comeback by buying a fleet of new amphibious buses.

Branson Duck Tours of Branson, Missouri announced in December that after freezing operations following the aforementioned disaster, it will be resuming business with amphibious buses called CAMI Hydra Terras. Built by Cool Amphibious Manufacturers International (CAMI) in South Carolina, the Hydra Terra is marketed as "unsinkable" owing to foam-filled compartments, which make it buoyant even if the engine compartment floods.

Should that happen, CAMI says none of its up to 49 passengers should be any the wiser, as the engine and passenger compartments are separated for safety's sake. Hydra Terras also have significantly taller freeboards than the DUKWs they will replace, making foundering in rough seas less likely than the dated DUKW design.

Propulsion in the water comes from a combination of a marine jet drive and a 26-inch bronze propeller, one driven through a ZF Marine transmission by a 7.2-liter Caterpillar C7 turbodiesel, according to an operator's website. On land, this inline six's 300 horsepower and 940 pound-feet of torque travel to all four wheels, making it take to land like a DUKW to water.

Already in service with several duck boat tour operators worldwide for some time, the Hydra Terra will make its splash in Branson this coming spring. Hopefully it finds a way to stay out of the headlines, at least for the horrible reasons its predecessor made them in its final few years.

Sorry, you can’t blast around Tokyo dressed as Luigi unless Nintendo’s in on it.