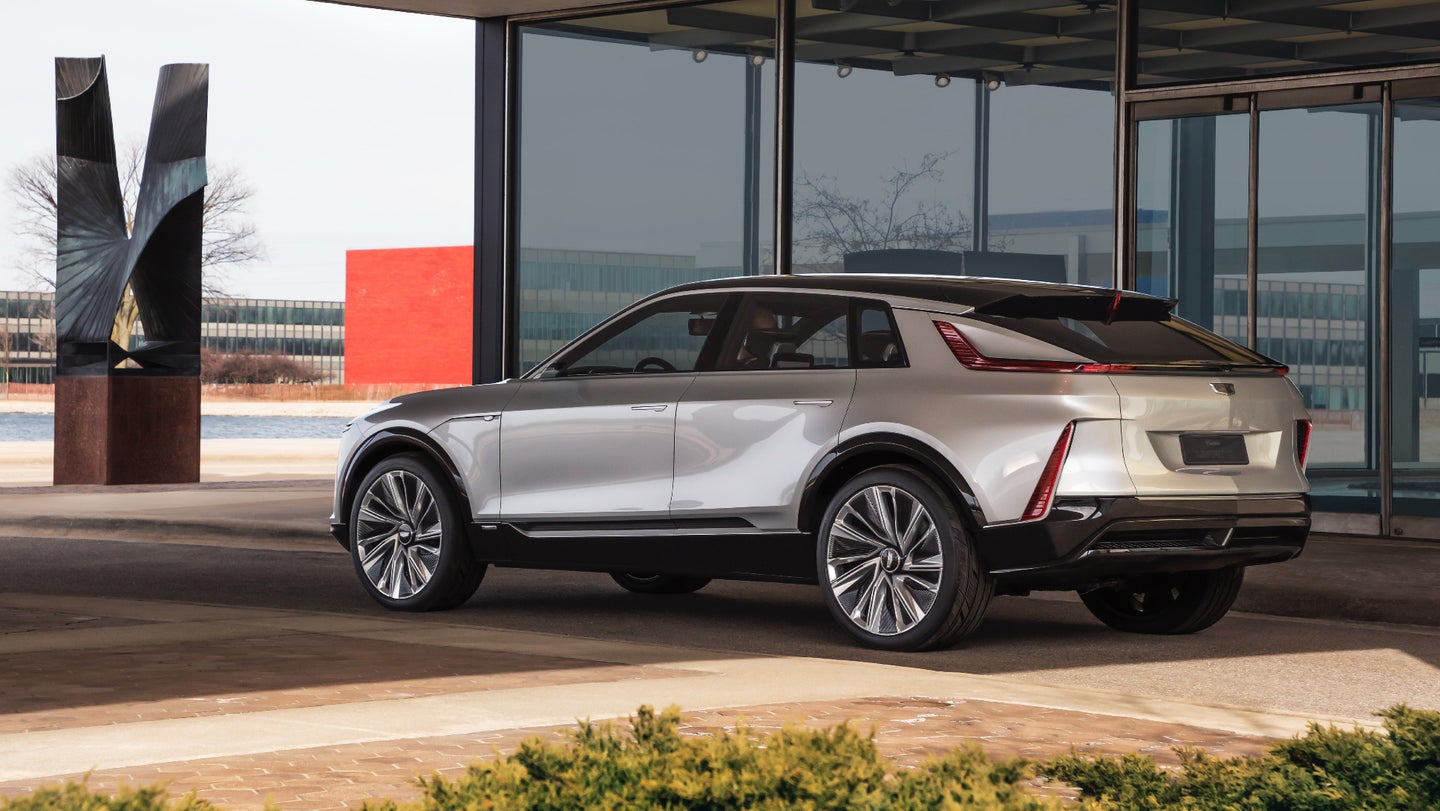 Cadillac is staring down an awkwardly-named all-electric future, but not all of its dealerships are ready for some $200,000 in mandated upgrades, including the charging infrastructure, training and tooling to handle the cars. So, General Motors is offering them an easy out, Automotive News reports. Cadillac dealerships who aren't onboard with the automaker's big electric vehicle push can get upwards of half a million bucks to simply drop the brand.

The brand's first full-electric vehicle, the Lyriq crossover, drops nine months earlier than Cadillac originally planned in early 2022, and the brand hopes to go full-electric by 2030, so they don't have much time to pump up dealerships who are uncertain with these changes. GM is also investing big in Cadillac's electric and autonomous budget, Automotive News notes, to the tune of 35% more through 2025.

So, instead of spending too much time gathering everyone into the electric fold, the brand is looking towards something they've wanted to do quite a bit in recent years: cull some dealerships.

"We wanted to move fast and make sure dealers are ready for the acceleration," Cadillac North America Vice President Mahmoud Samara told Automotive News. "This is purely an option for those dealers who feel the EV journey is not suitable for them."

Former Cadillac President Johan de Nysschen firmly believed that Cadillac had too many dealers compared to its competition, as if playing harder-to-get-service is some marker of luxury, or maybe just that sharing service bays with Chevy Cobalts wasn't the best look. Under de Nysschen's leadership in 2016, Cadillac's 400 lowest-volume dealerships were offered a similar voluntary buyout, but for less money: $100,000 to $180,000. Few took them up on it at the time.

This time, all 880 U.S. Cadillac dealers have until November 30 to decide whether they'd like to make the necessary EV upgrades or take the money and run. While Cadillac declined to give Automotive News any specifics on terms, and dealerships who take the buyouts are prohibited from discussing their terms, offers Automotive News learned of have ranged from $300,000 to over $500,000—with dealerships who play hard-to-convince often walking away with more.

To put this in perspective, for some of the lowest-volume Cadillac sellers, $300,000-$400,000 in buyout money may be more than they make on five to 10 years of new Cadillac sales. However, lawyer Len Bellavia explained to Automotive News that a franchise alone is worth more than $300,000 to $500,000, and for dealers looking at the long-haul, this buyout may simply not be enough:

"If I'm 50 years old and planned on keeping [the dealership] for 20 more years and making half a million a year, how does $300,000 to $500,000 make me whole? Any franchise on its worst day could be worth over a million dollars, unrelated to how many cars the dealer is selling."

Unless an alternate arrangement is made, dealers who take the buyout will have new Cadillac inventory through 2021 and access to Cadillac's used vehicle auctions through 2024. Samara declined to tell Automotive News how many dealerships took them up on the offer.

Perhaps this deal will make it tougher for Aunt Edna in Bumblepines, Texas, to get her XTS serviced, but it's clear that she's not who Cadillac feels is their target market anymore. It's tough to say exactly who Cadillac thinks they're for nowadays, though, with all the whiplash over everything from high-performance V-cars to the death-by-wiener-stepping of the short-lived Blackwing V8 to some genuinely lackluster crossovers. There's some vague notion of "Youth! Maybe?," but that's about all I can figure out for sure.

I want to be optimistic that focusing on fewer dealers will allow them to cultivate some kind of focus elsewhere—especially in their product lineup. I want to believe! Yet if there's anything Cadillac's confusing recent history shows us for sure, it's that one does not merely emulate the superficial aspects of other luxury brands and find success.