The 7 Dumbest Things Elon Musk and Tesla Have Done

But at least they're confident enough to admit their mistakes. 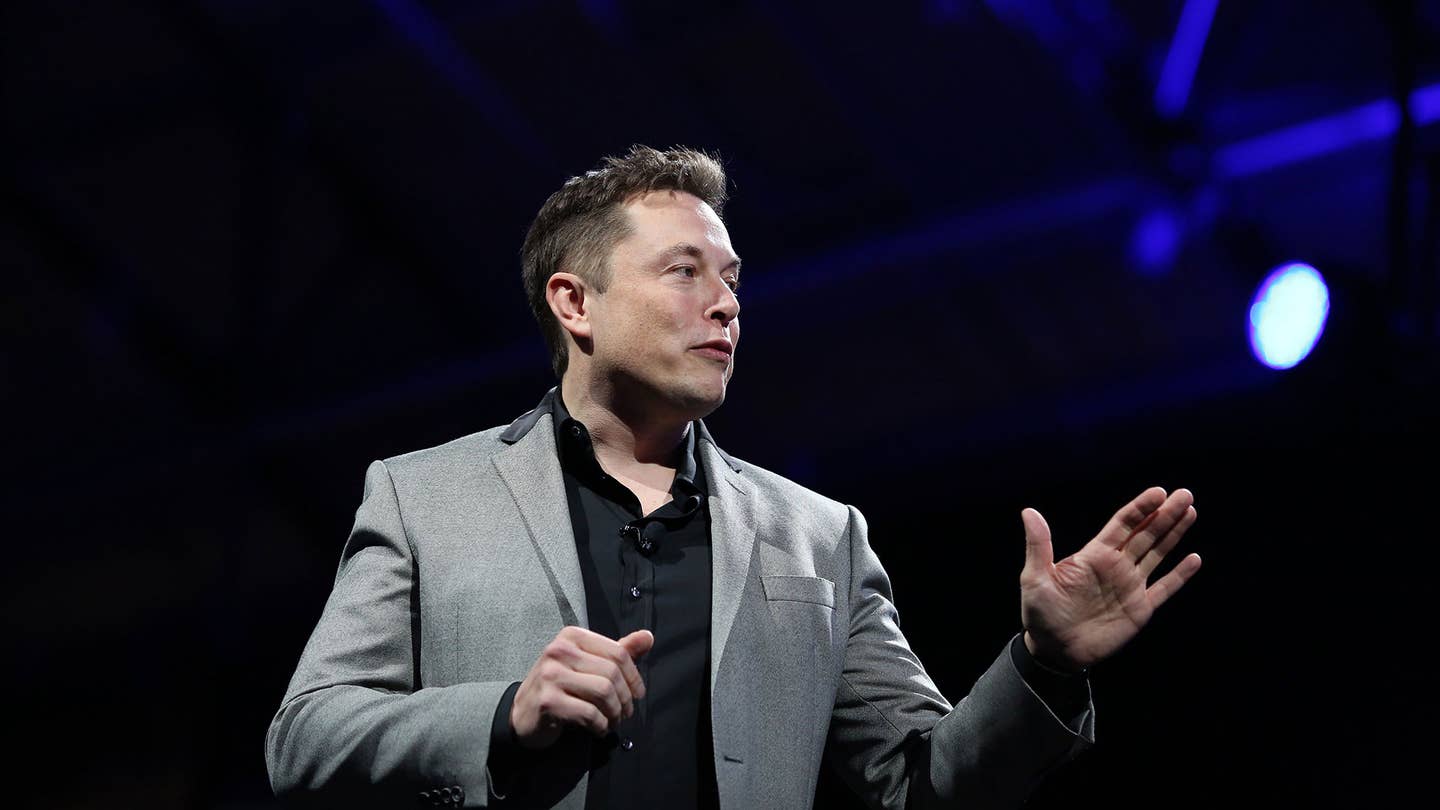 During Tesla's annual shareholders meeting on Tuesday, Elon Musk spent much of the time rambling on about the long list of issues the company has been plagued with over the years. He touched on early production issues and problematic engineering decisions, told an embarrassing-yet-hilarious story about his attempt at convincing two of the most important people in the tech industry to invest in Tesla, and spoke about some of issues the company is still facing today. It was a mess, but an entertaining mess.

But since you presumably have better things to do than sit around and watch the three-plus hour video of the meeting, The Drive has created a roadmap explaining some of Elon Musk and Tesla's more notable screw-ups for your reading pleasure.

Tesla was a mess in the beginning.

During the shareholders meeting, Musk admitted that when he and his team launched Tesla in 2003, they had no idea what was going on and that they were “completely clueless.” Musk also spoke about how he believed that the company had just a 10 percent chance of success in its early days. Because of his lack of confidence, Musk wanted to devote his own funds to the company so that investors wouldn't have to worry about taking a massive hit

Musk often lets his dreams get the best of him.

History has shown that Musk and Tesla regularly miss deadlines and promise the impossible to the customers. Acknowledging this, Musk said that the company has made errors in its past, but only because the team was being “foolish or stupid," adding that they never intended to mislead anyone intentionally.

“We say the things that we believe, even when sometimes those things are delusional.” Musk said.

At least he admitted to it.

Tesla made a ton of mistakes when engineering its first car.

Tesla hoped to develop its first car, the Tesla Roadster, by using a pre-engineered drivetrain from fellow California-based electric car startup AC Propulsion and its car, the Tzero. But this wound up causing plenty of unforseen problems for Elon Musk and his team.

The Tesla Roadster was designed to be based off a Lotus Elise, but AC Propulsion's batteries were too large, so Tesla had to stretch out the Lotus body to fit them. Those same batteries were air-cooled and could overheat when being used for propulsion, so the Roadster needed a liquid cooling system to keep its batteries at the proper temperature.

But the list of problems didn't stop there. Because the Elise's air conditioning system was powered by the gasoline engine, Tesla was forced to figure out another way to keep Roadster occupants nice and chilled. Components such as brakes and suspension bits had to be changed from those used on the Elise. And because of the powertrain swap, the crash test ratings Lotus received for the Elise no longer applied to the Tesla Roadster.

Musk gave Google's co-founders a drive in a limping Roadster prototype—in a humiliating attempt to convince them to invest.

Proving how your project is serious and has a promising future is a great way to get people to give you money, but at least one of Musk's early attempts to do so didn't exactly go as he hoped.

"I remember in the early days giving a test drive to Larry Page and Sergey Brin, whom I've known for a long time, and there was some, like, bug in the system, and dammit, the car would only go 10 miles an hour. And I was like "Look, I swear guys it goes way faster than this." Musk explained.

Though that didn't actually stop the pair from dishing out some money. The two ended up providing "a little investment into the company," Musk said.

Musk and his crew were originally under the impression that outsourcing their parts would be for the best.

During the meeting, Tesla chief technological officer JB Straubel explained how the Tesla team initially believed parts coming from Asia would be more economical than—and superior to—what they'd find Stateside. The company originally planned to source batteries from a company based in Thailand that made barbecues, but it soon realized the problems on the organizational and technical ends would be too hard to conquer.

Realizing that, in 2008, Tesla brought its battery production to its own in-house facility in San Carlos, California. Since then, the car maker has also begun making batteries at the company's massive Gigafactory outside of Reno, NV, which will serve as a primary battery-making facility for the new Model 3.

The Model S has had its fair share of quality control issues.

When owners first started to take delivery of Model S sedans, many went directly to the Tesla forums to sound off about the various bugs and lack of attention to detail they were finding in their new cars. There were issues with the auto-hiding door handles, issues with random reduced-range warnings, infotainment system bugs and inconsistent panel gapping...which are not the sort of problems you want showing up on your brand-new flagship luxury sedan.

In November 2015, Musk said that Tesla was able to cut the reliability issues that customers were complaining about by 50 percent. (Now if they can do the same for the Model X...)

The Model X also has its own problems.

In April, The Drive reported on how owners were seeing a flood of issues with their new Model X SUVs. Customers claimed to have been experiencing issues with the vehicle's complex "Falcon Wing" doors, which could fail to opening, fail to stay closed, or fail to sense overhead objects. That same month ,Tesla recalled 2,700 Model Xs for potentially-defective hinges on the SUV's third row seats, which could cause the seats to fold forward and injure passengers in the event of a crash. And the second-row monopost seat fixtures proved an enormous engineering headache, which contributed to the delay in getting the SUV into production.

For what it's worth, Tesla has owned up to its issues with the Model X. In a statement last month, the carmaker cited "Tesla's hubris in adding far too much new technology to the Model X in version 1" as one of the main reasons for the shortages in production. Because that's the thing about Elon Musk and Tesla: Sure, they mess up every now and again—but they're not afraid to admit it.