By which point, the current Charger will be old enough to drive. 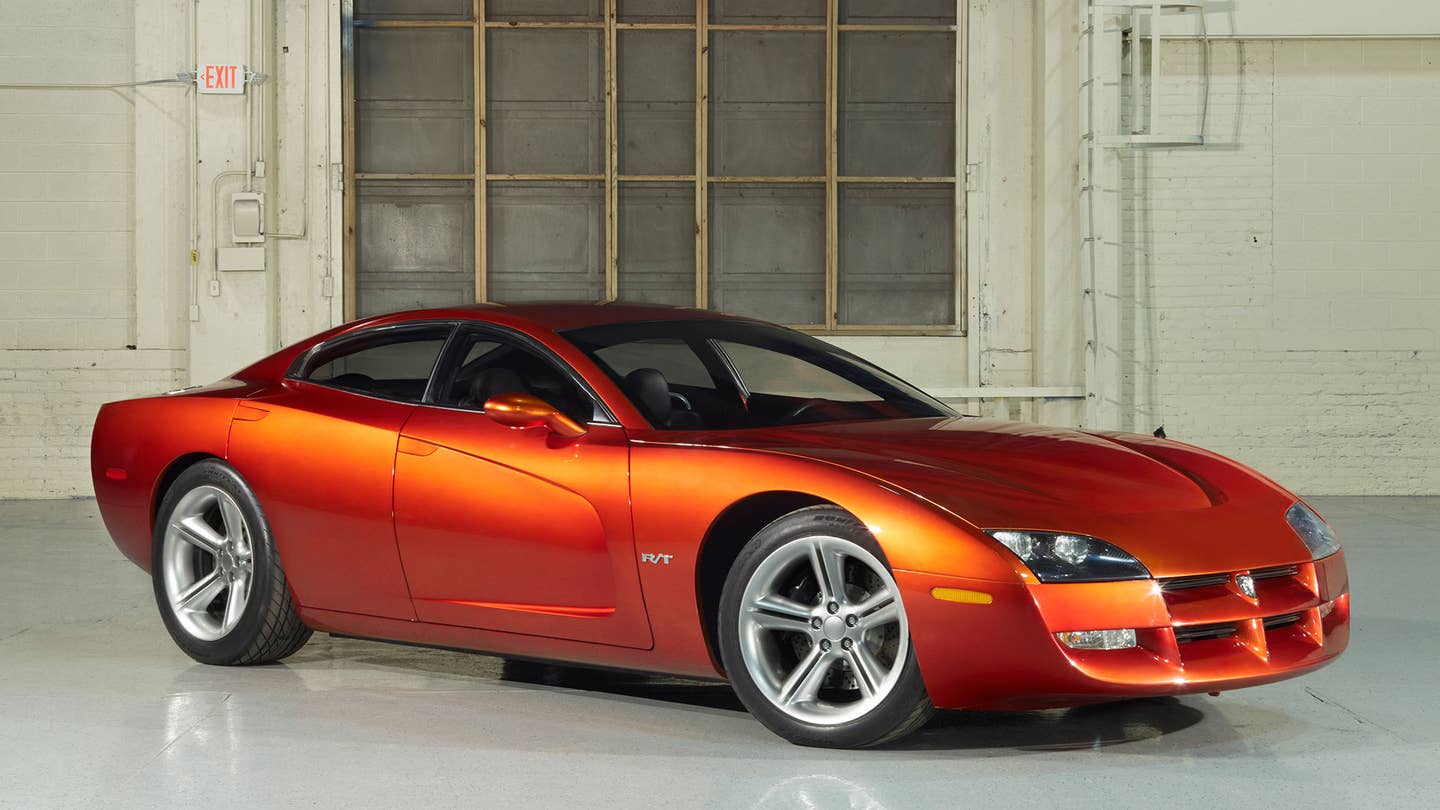 The Dodge Charger, a car largely known these days for its service in law enforcement fleets when not being discussed in Hellcat form, probably won't get an actual next-generation replacement until the next decade kicks off, Automotive News reports.

Citing insider sources, Automotive News says that we'll likely see another refresh of the sixth-generation Charger before an full redesign comes to market in 2020. When the seventh-generation car does show up, it'll likely be about 500 pounds lighter than the current generation thanks to a shared platform with the Alfa Romeo Giulia, though it should stick close to the current Charger's 198-inch length.

Power options may include a 300-hp turbocharged inline-four engine also expected to show up in the next-generation Jeep Wrangler. As The Drive reported in May, that motor—which may be called "Hurricane"—will likely have a 2.0-liter displacement, an aluminum block, variable-valve timing, and a twin-scroll turbocharger. It's no Hellcat, but it sure sounds better than that retro V6 Fiat-Chrysler shoehorns under the hood of the current entry-level Charger.

Don't expect a retro design, either. The seventh-generation Charger's appearance is expected to hew close to the looks of the Charger concept car from 1999, according to a dealer preview of the car that occurred in August 2015. (Then again, that concept will be old enough to buy beer come 2020, so the design could change between now and then.)

Considering Fiat-Chrysler's recent bouts of missed expectations, though, 2020 still might be an ambitious goal for a new Charger. After all, the Giulia it will reportedly share a platform has been delayed multiple times, and the company recently announced it would be discontinuing the Chrysler 200C and the Dodge Dart if it can't find someone else to make them. With FCA doubling down on Rams and Jeeps and leaving Dodge and Chrysler's lineup to wither, the next-gen Charger could prove decisive in determining the company's fate. Guess we'll just have to continue to keep an eye on that so-called "turnaround" plan.