​​​​Where the Super Cub or the Monkey won’t do, Honda’s latest minibike shall. 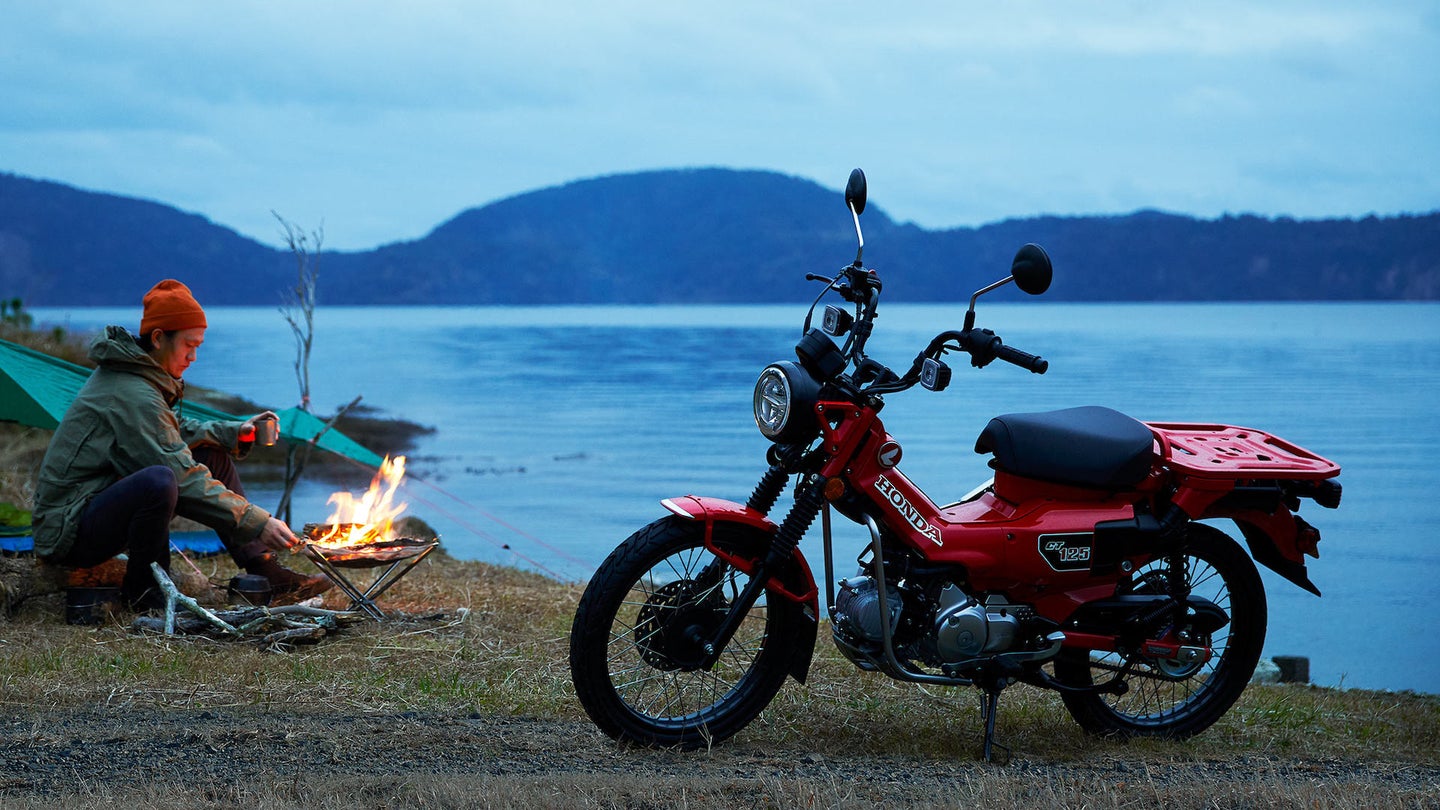 Last year at the 46th Tokyo Motor Show, Honda revealed the CT125 concept that paid tribute to the past while also looking forward to the challenges of the 2020s. People seem to have liked the idea enough because Honda eventually put its third new minibike into production, and it's coming to North America this November. The Trail 125 will join the Super Cub and the awesome Monkey, and will be priced at $3,899 and available in a shade of Glowing Red.

Honda says the standard C125 chassis has been strengthened to make sure the Trail 125 could provide a casual riding experience on rural two-track roads and trails, aided by its increased suspension travel and larger fuel tank. The front suspension is a 27mm telescopic fork with 3.9 inches of travel, while the rear is twin shock providing 3.4 inches travel. The front brake disc measures 220mm and features ABS as well.

As you would expect, the engine is the same air-cooled, single-cylinder overhead-camshaft 125cc four-stroke with two valves. The air intake was raised higher and the exhaust upswept for enhanced low- and mid-range power. The gearbox also remains the same four-speed automatic as with the Super Cub, but additionally, there's an engine guard as some extra protection for when the going gets rough.

How does all this promised action look in the wild? According to Honda, you should get ready for adventures with your mighty Trail 125 minibike in 2021 and beyond, because with the right license plate, it can be used in areas restricted to off-road-only bikes, like state and national parks.

Our neighbors to the north get the sweet little streetfighter while we’re still left in the dark.