Would you try a spin class on a London bus? 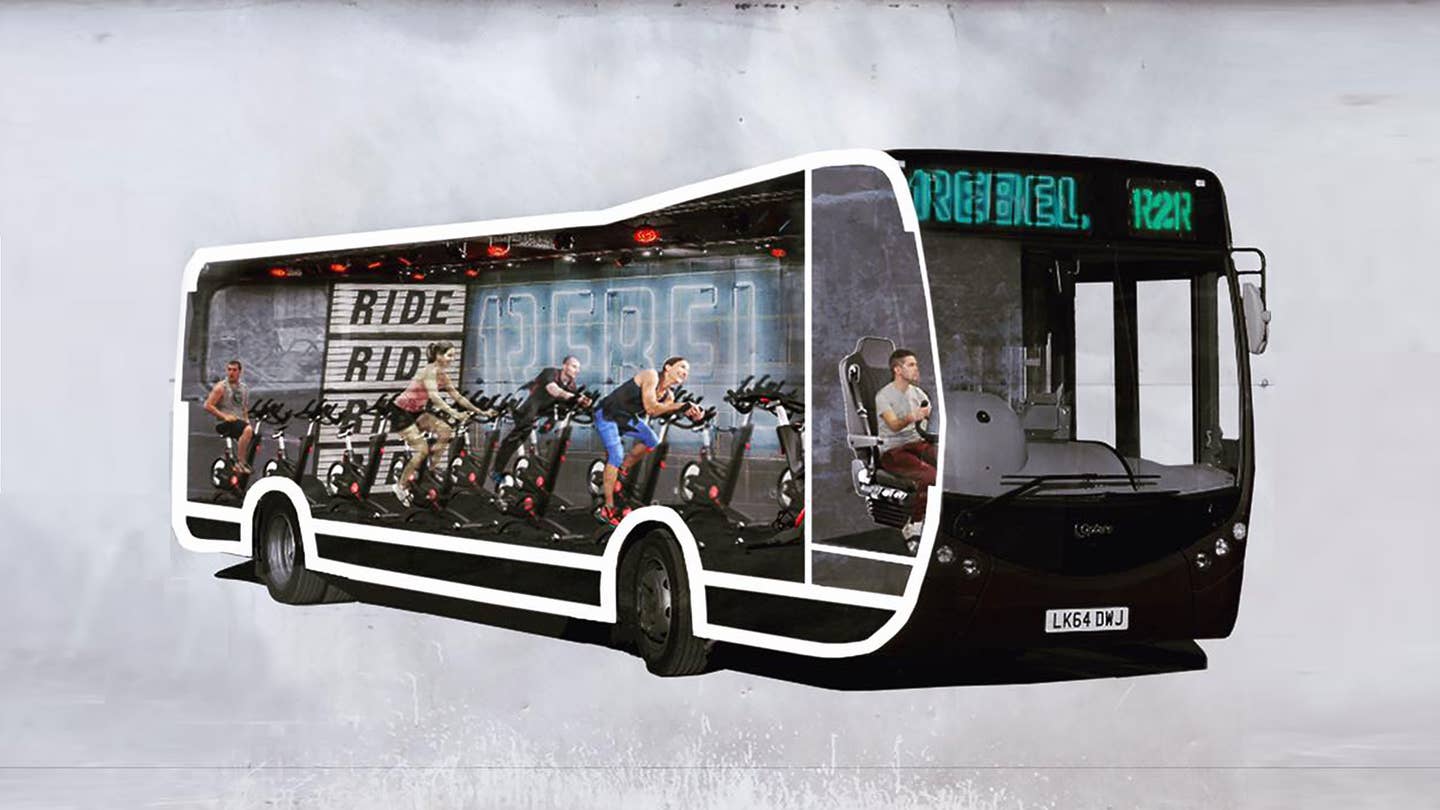 London’s 1Rebel gym takes its name seriously: the “no-contract ‘pay-as-you-train’ boutiques” provide a high-class sweatshop experience while freeing members from typical membership obligations. Co-founder James Balfour calls contracts “demotivating,” so you only pay for 1Rebel when you use it. The conceit works, even though the gym only offers three kinds of classes, everyone from the Telegraph to the Evening Standard to InStyle has nothing but hosannas to sing for them. The company’s next act of sedition against the fitness establishment is called Ride2Rebel, a scheme to equip buses with mobile spinning studios so that commuters can crank it out on their way to and from work.

The idea needs government approval, but if 1Rebel gets the OK it will put four buses in rotation on London’s most popular commuter routes originating at cardinal points in the city. The coaches will take off from High Street Kensington, Stratford, Clapham Common, and Angel and head to the 1Rebel location at St. Mary Axe, in the Aldgate area of London near Norman Foster’s unmistakable “Gherkin” skyscraper. Once at the gym, those who spun while they rode can shower and get a pick-me-up at Roots & Bulbs café before heading to work. If all goes as planned, each bus will get eight cycling stations and the 45-minute classes will cost £12 to £15.

In case you think that’s crazy, well, London didn’t get to it first: Bike Bus in Boston has hosted roving spinning classes on specially kitted out buses for a year now, although Bike Bus doesn’t offer standardized commuter service yet. We hope they do, because their custom restraints are “a hybrid of seat belt, rock climbing harness, and ‘truck pulling’ technology,” which just might be the most exciting part of a workday.

Balfour said Ride2Rebel is about giving busy Londoners an easier way to exercise and do more with their daily travel time than merely travel. The company is in talks with bus companies now. An immediate perk of registering is the offer of a ten-percent discount on traditional classes – the ones that don’t trawl city streets – at a 1Rebel gym.