The chase came to an end when the suspect crashed with—you guessed it—another lobster truck. 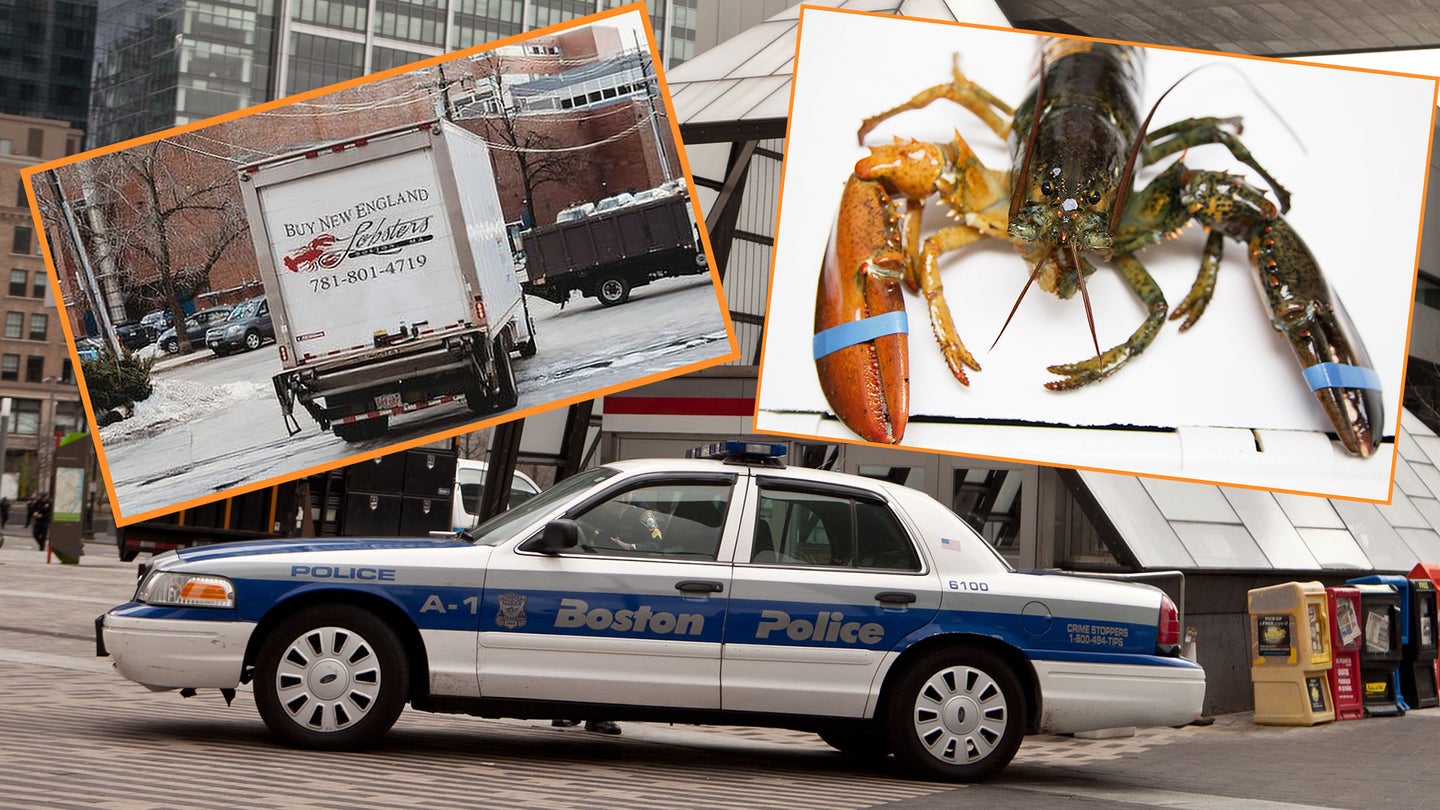 A Boston man seemingly had one serious craving for lobster that ultimately landed him in jail. A 29-year-old thief reportedly stole a delivery truck with nearly $10,000 worth of the bottom-feeding crustaceans, leading the company’s owners on a short chase that ended when the suspect crashed into another lobster truck a short distance away.

The event unfolded early Tuesday morning in Boston's Charlestown neighborhood at the Buy New England Lobsters warehouse, where the company's wholesale location was preparing a large shipment of lobster for a European client.

Just as the employees were prepping the load, the fishy thief jumped in the truck and took off, prompting other workers to hop into another truck and engage in a pursuit, according to CNN.

The chase didn’t last long, however, as the suspect crashed into another lobster delivery truck about a half-mile away, allowing for other warehouse employees to intercept and subdue the suspect until police arrived.

Authorities arrested and then charged the thief, who was later identified as South Boston resident Stephen Woodard, with three felony offenses: motor vehicle larceny, assault and battery with a dangerous weapon, and a threat to commit harm. Woodard has a long criminal history, including leading police on a chase when he fled a Suffolk County Sheriff transport van following another run-in with the law, according to Boston Magazine.

"No lobsters were harmed," Peter Lagorio, the lobster company’s director of sales told reporters. "We were able to bring them back to the shop and ship them to our client on time. It’s probably the most Boston thing that’s ever happened."