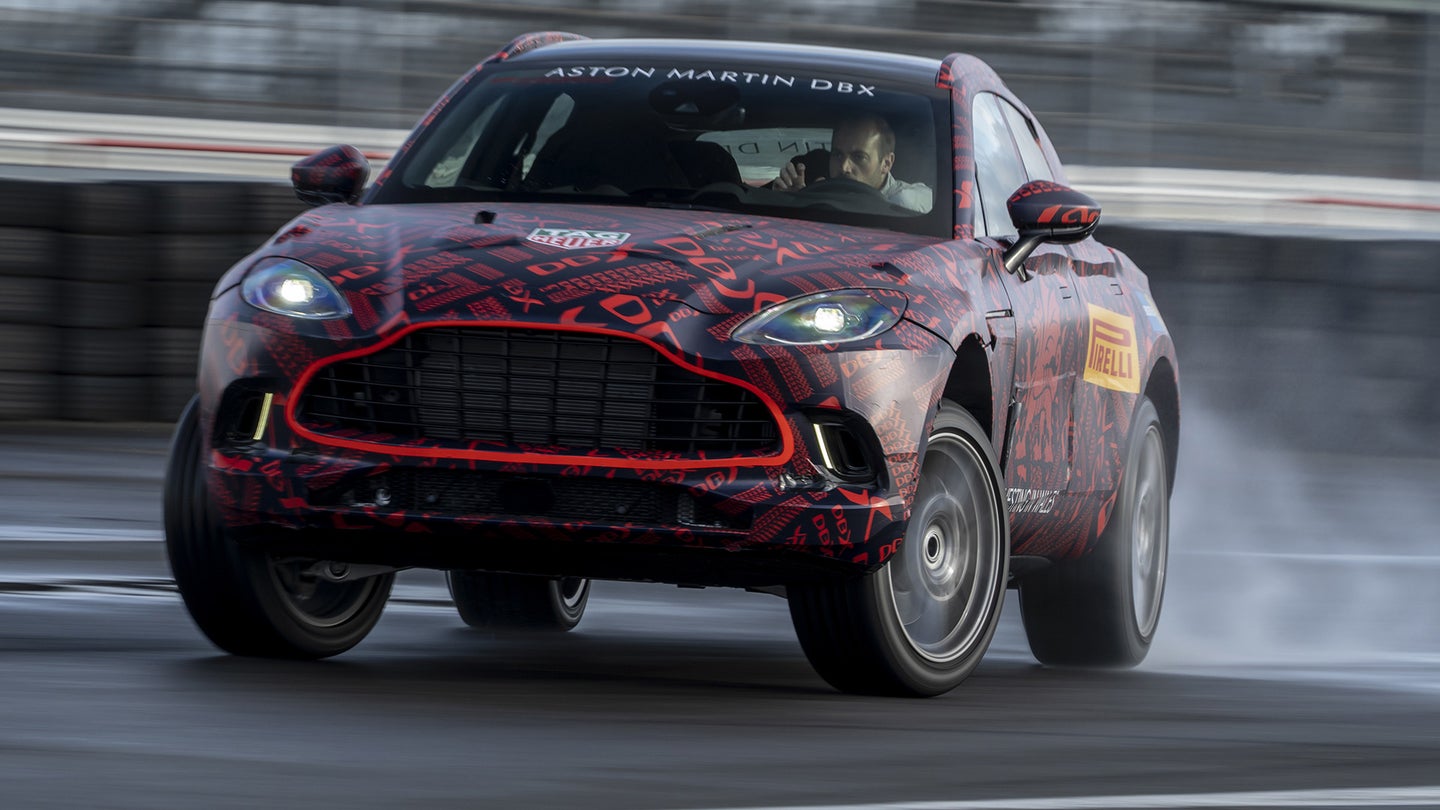 Luxury sports car builder Aston Martin is no exception has been teasing its upcoming crossover dubbed DBX for quite some time now, but now it's officially confirmed that it will feature a V8 engine under the hood. In fact, the brand's most powerful V8 to date.

On Wednesday, Aston revealed that the DBX will launch with a 4.0-liter twin-turbo V8 sourced from none other than Mercedes-AMG, which doesn't come as a huge surprise as it already uses the platform in both the DB11 and Vantage sports cars. However, the DBX will generate a staggering 542 horsepower and 516 pound-feet of torque.

While we have to wait until December for a full unveiling, Aston is hell-bent on tantalizing our senses until the very day the DBX is uncovered. The automaker published a video on YouTube aptly titled "The Engine," and the only thing showcased in the entire video is the roar of the SUV's eight cylinders.

In terms of handling, Aston is so confident that the DBX can out-perform the competition that it sent the car to lap the infamous Nurburgring Nordschleife for benchmarking where it reached speeds of over 180 miles per hour.

And it's not just fast, it can also handle itself around corners. The DBX reportedly achieved cornering speeds similar to the Vantage (which is both lighter and lower to the ground), and substantially better braking performance than the DBS Superleggera—both of which contributed to its sub-eight minute lap time.

The DBX is part of Aston's bet on performance crossovers becoming the next big thing in affluent suburbs. In fact, the automaker anticipates that the sales of its crossover will help to double its annual production output and play a huge part in converting owners of other brands into die-hard Aston owners.

The British automaker says that the DBX will be built at its Lagonda’s St Athan plant in the heart of the United Kingdon, which is the same facility which the automaker says will eventually be home to its electrification efforts. So while a powerful rumbling V8 might be all the rage today, it's hard to believe the Aston would launch a brand new model just to kill it off in a few years time. Perhaps this means the DBX will feature some variant with electrification in the future? All will be revealed next quarter.