What happens when you don’t pay your high-interest lender for the week. 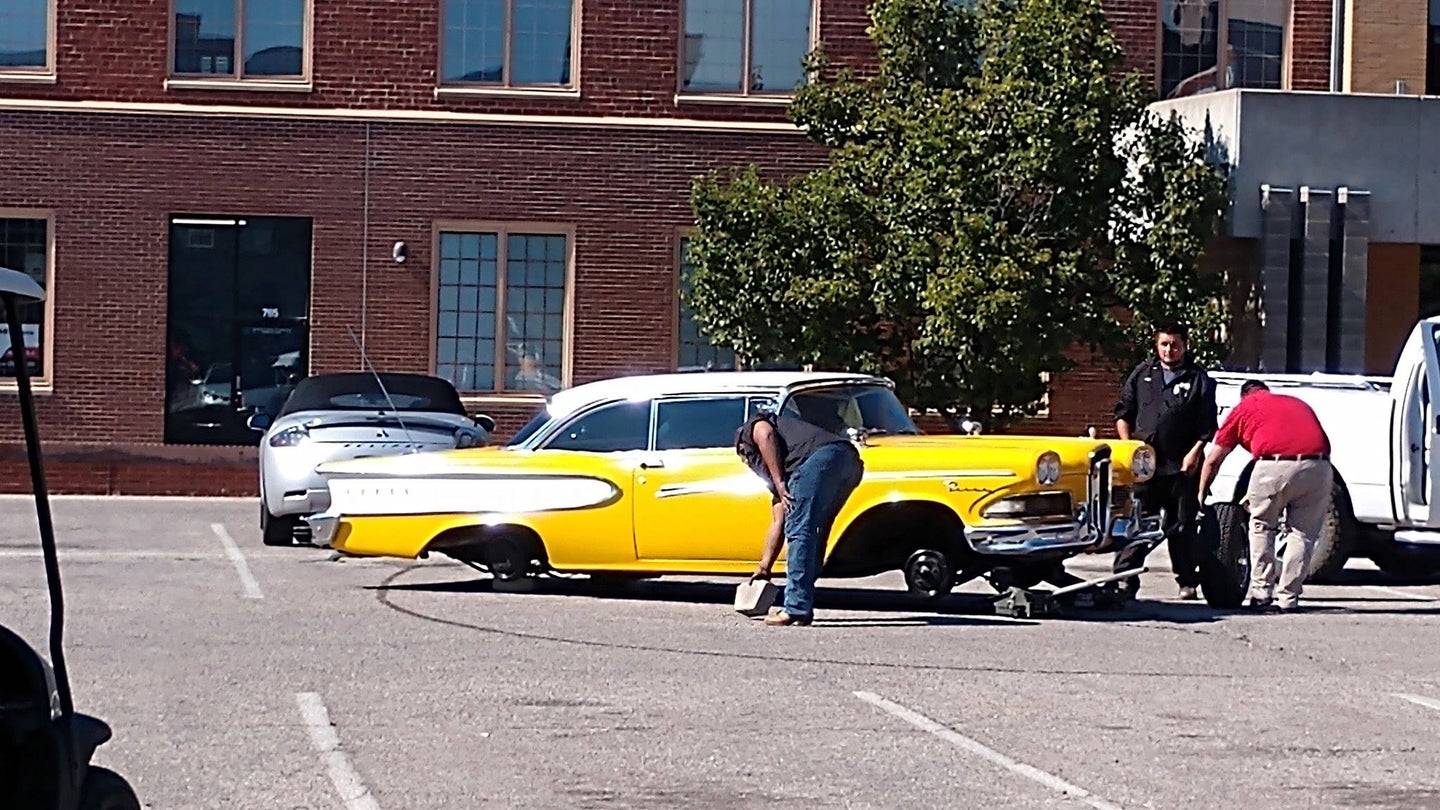 We’ve all heard of cars being repossessed from buyers who fail to pay their loans on time, but how about wheels and tires alone? Anything's possible if you borrow against them, which is why a repo crew rolled up to a Kansas car show on Saturday and stripped the wheels off a yellow 1958 Edsel Pacer in the middle of the event, leaving the poor American classic to rest on cinderblocks as onlookers watched in amazement.

Photos of the incident popped up on Facebook this week in the aftermath of the 25th annual Automobilia Moonlight Charity Car Show & Street Party in Wichita. It might look like the world's most blatant and obvious wheel theft. But the Edsel reportedly belongs to a local man who used a service that rents out custom wheel and tire combinations for people who are unable to pay for them in full or need a set in a hurry. At some point, the bill went unpaid prompting the dispatch of a repo crew—it's just sheer bad luck that it happened while the car was on display at a show.

Like any creditor, these "rent-to-own" services charge an exorbitant amount of interest depending on how little you choose to pay each month. The result is that one typically ends up paying almost double the amount that the wheels and tires are worth in interest and other fees.

To some, this apparently doesn't come as a surprise from the alleged owner, who reportedly owns a windshield repair company in town. A former employee of his spoke to a local culture site and claimed that there were all types of shady practices going on at the business, including being paid cash under the table and working with hardened criminals who had regular drug problems.

Regardless, if someone fails to stay on top of their payments, they’ll have to reap the consequences, which is exactly what happened here.

Vehicle security extends far beyond what’s inside the vehicle.