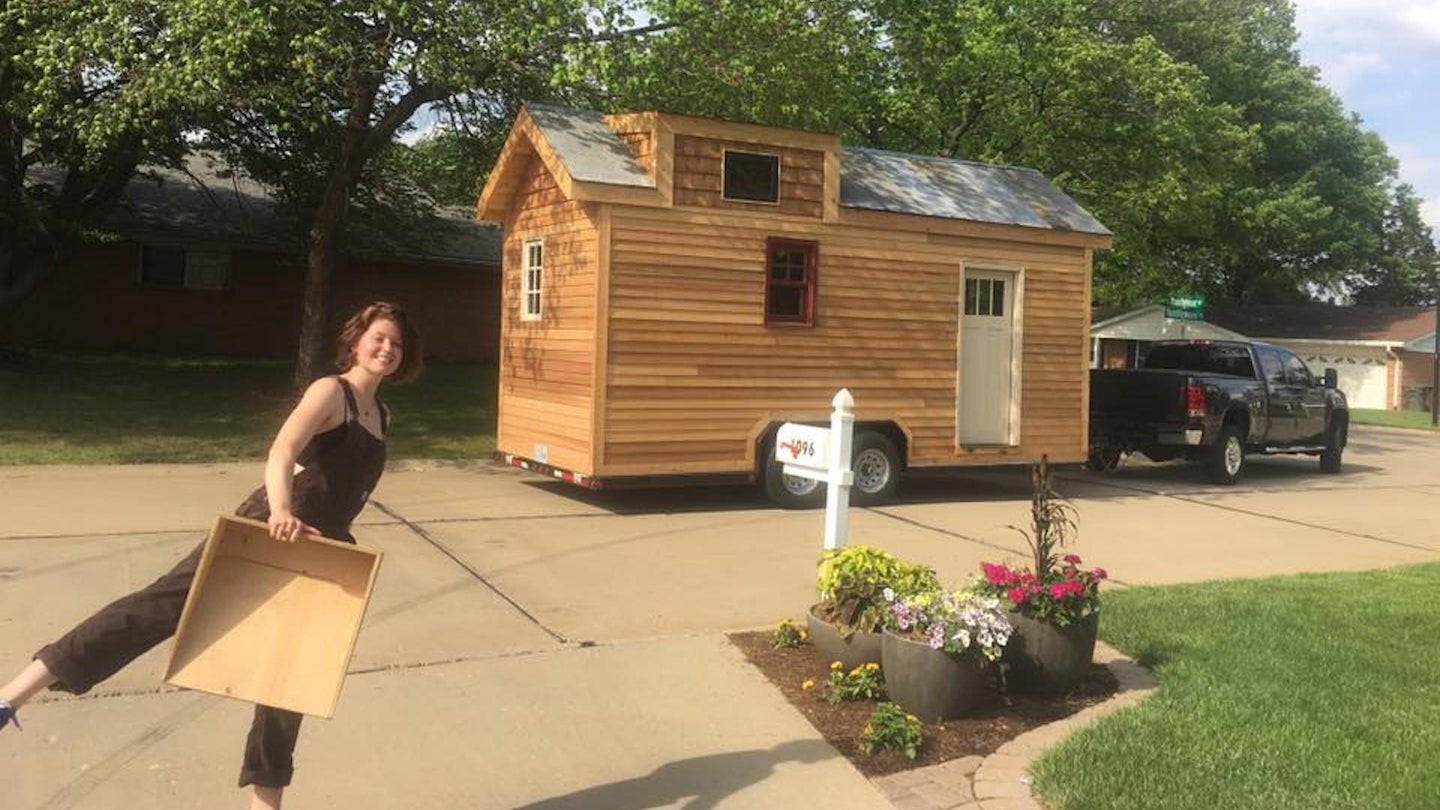 Webster University graduate Meghan Panu was just about to finish a two-year, $20,000 construction job on her tiny house when it was hitched to a Ford pickup truck and stolen by thieves in St. Louis. Fortunately, the story has a pretty good ending in line with the holiday spirit we all so desperately need right now.

Panu’s home is part of the increasingly popular tiny house movement, which is rooted in environmental concerns, mobility, and minimalism. She was about to begin remodeling the interior of her new abode, furnish it, and move into it come spring, but all those hopes were dashed when two thieves unhooked it from its trailer and took off.

In addition to filing a police report with local police, Panu decided to use social media as her main action of recourse. Since the tiny home’s disappearance this weekend, Panu received an abundance of likes, comments, and advice on both her Instagram and Facebook posts.

Some digital onlookers claim to have seen the tiny home making its way to California, being towed in a seemingly new Ford pickup truck by two men. While these reports were initially fairly dubious and largely unsubstantiated, an anonymous source led authorities to recover the house around 30 miles outside of St. Louis on Wednesday.

According to SF Gate, Jefferson County Sheriff Dave Marshak said detectives found Panu’s tiny home in the unincorporated community of House Springs after receiving the anonymous tip. If that news wasn’t heartening enough, Marshak said the towing company will tow it back to Panu for free. As you can see from Panu’s latest Instagram post, she’s ecstatic. Stay safe, tiny home.

All the entertainment you’ll need for your day, packed into just 44 seconds.

The thieves were allegedly upset when they found out the little Austin wasn’t worth as much as they thought.